Home » The Dork Side: Why does everyone love Charlie Sheen? 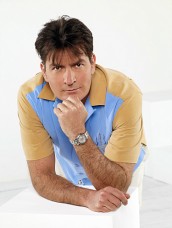 ©2009 CBS
Charlie Sheen in TWO AND A HALF MEN
Columns

The Dork Side: Why does everyone love Charlie Sheen?

Charlie Sheen is not America's Sweetheart - he's a drug-addicted jerk.

Charlie Sheen is a douche, and I don’t really care if he gets help. 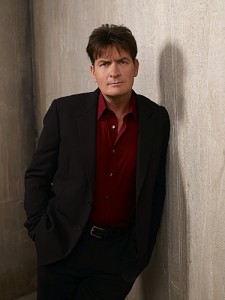 Why is everyone so quick to forgive Charlie Sheen, but not Lindsay Lohan? | ©2011 CBS

I find it disturbing that this country is so willing to embrace the drug-fueled antics of a thrice-divorced, woman abusing, alcohol and drug addict, while at the same time show almost no sympathy for a young woman, raised by jacked-up, addict parents with dollar signs in their eyes. Seriously, in some ways, Lindsay Lohan never had a chance.

Look, now don’t get me wrong, I’m no Lindsay fan. Still, I’m curious as to why Charlie Sheen gets a free pass and Lindsay Lohan doesn’t. Charlie Sheen has had every opportunity to get the help he needs and get better, but he continues to spit in recovery’s face.

Have you read the comments on the stories about Charlie Sheen? Most of them are along the lines of “Get better, Charlie,” “I really hope he gets the help he needs,” and “Who cares what he does off screen? It’s is work performance that I care about.” Some people even go as far as to call him a party hero.

Meanwhile, the comments on Lindsay Lohan stories are of the “I hope that spoiled brat dies” variety. “She needs a wake-up call.” “She’s a train wreck.” “I don’t feel sorry for her. She’s a waste of space.”

People talk about Charlie Sheen like he is some lovable scamp. “He’s just a guy who likes to party. What’s wrong with that?”

And, let’s not forget the physical abuse of women.

In 1990, his then-fiancee Kelly Preston tried to break up with him, and he responded by shooting her in the arm. In 2005, his second wife Denise Richards filed for divorce while pregnant with their second child, accusing him of drug and alcohol abuse as well as threatening her with violence. His most recent victim, I mean wife, Brooke Mueller had him arrested on charges of domestic violence and second-degree assault. Surprise! They are divorced now.

That’s right, everyone! Charlie Sheen is a triple threat: an alcoholic, a drug addict and a domestic abuser. He’s the whole package.

Yet, he continues to get off with a slap on the wrist, and a majority of this country still adores him. I don’t get it. Is everyone hoping for another HOT SHOTS sequel? 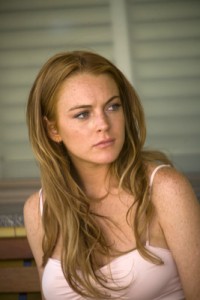 On the flip side, Lindsay Lohan isn’t married. She doesn’t have any kids. In fact, unless she’s behind the wheel of a car, she really isn’t hurting anyone.

Does starring in a successful sitcom (and I use that term loosely. TWO AND A HALF MEN is all situation and no comedy if you ask me) mean you can do whatever you like and America will still love you for it?

Actually, I imagine his advice sounds like this: “Grow a penis and star in a crappy sitcom and America will forgive you.”

CLICK HERE for more columns from THE DORK SIDE

Tags: Charlie Sheen, Lindsay Lohan, The Dork Side, Two and A Half Men, abuse, drugs