Home » The Dork Side: What Royal Wedding?

The Dork Side: What Royal Wedding?

Let's talk about something other than the royal wedding, shall we? 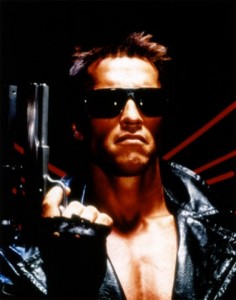 I know that everyone is wetting their knickers over the Royal Wedding of Prince William and Catherine Middleton, but I couldn’t be more indifferent. The only way I could care less is if you told me that Train is going to be the band at the reception.

Does this mean I have to hand over my chick card? My chick card is about to expire anyway. I was going to make an appointment at the Department of Chicks and Broads, but I’m afraid if I go down there they will take it away from me, or make me take the written test, which can be really difficult to pass if you don’t study for it. For example, I have no idea what happened last week on GREY’S ANATOMY.

What if I told you that I really like to go shopping? What if I admitted that sometimes my life is closer to a CATHY comic strip than I would like to admit? That reminds me … it’s almost bathing suit season. AAAACK!

So anyway, here is this week’s Dork Side, and other than the above paragraphs, it’s almost royal wedding free. You’re welcome!