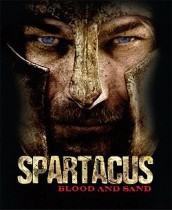 No casting announcements yet.

It’s not surprising, but at today’s Winter TCA press tour in Pasadena, CA for STARZ, it was announced that yes, SPARTACUS – Season 2 is happening.

Here’s what Starz President and CEO Chris Albrecht had to say.

“We’re officially announcing the long-planned delayed second season of SPARTACUS,” says Albrecht. “This will be the official second season, which picks up where we last left SPARTACUS and his gang of escaped gladiators. We don’t have casting news for you today, but the reason we’re announcing the official moving ahead, because we’re very confident where we are in the casting process we will find a lead actor who can step into Spartacus’ sandals, though we will never be able to replace Andy Whitfield. That is good news for us at Starz and for the millions of fans of Spartacus around the world.”

According to executive producer Steven S. DeKnight, he says the Second Season will not change due to Andy Whitfield not being able to continue with the project due to his fight with cancer.

“Season Two is continuing with the story we were planning to tell with Andy,” says DeKnight. “It’s a very unfortunate circumstance, but storywise, the story is what it was.”

According to executive producer Rob Tapert, they are currently looking for new actors, but an announcement will be down the road.

“Andy Whitfield, who is unable to play Spartacus, will be recast, so there will be a separate announcement in the coming months of who is the new Spartacus. Nothing came from losing Andy, in terms of the guy for that role. We have had the luxury of building an infra-structure in having the prequels in sharpening the actors and skills. If there is any upside to Andy’s illness, we are better prepared to support the new Spartacus who will step into the role which will be an epic Season Two and a story you normally associate with Spartacus. It’s a different world and a different set of shoes to fill and we feel confident, as does Starz that we’ll find the right person for this.”

Other news, which isn’t really big news (because it was reported at the last TCA’s), but Lucy Lawless as Lucretia will be back, even though it was planned that her character was dead (Lawless notes, “it was just a little poke in the tummy”).

“What we have planned for Lucretia in Season Two, makes Season 1 and the prequel pale in comparison,” says DeKnight.