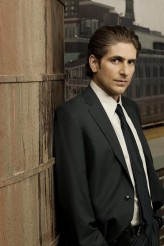 Meanwhile, DESPERATE HOUSEWIVES (surprise), DETROIT 1-8-7 and BROTHERS & SISTERS are on the bubble

Meanwhile, it looks like DESPERATE HOUSEWIVES is on the bubble (probably due to contract negotiations), as are BETTER WITH YOU, BROTHERS & SISTERS and the ratings challenged DETROIT 1-8-7

“We haven’t made our decisions yet on a second season of DETROIT 1-8-7,” says Lee. “I would like it to see higher numbers. Michael Imperioili is brilliant in that. For me, it’s great to see, there were many people in Detroit who didn’t love it [initially], but they are such champions of that show. It does what NYPD BLUE did in its day. It’s a brilliantly written, gritty show.”

CLICK HERE for exclusive interviews and reviews of CASTLE