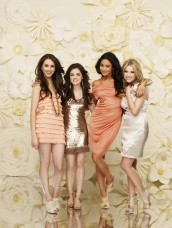 At today’s Winter TCA 2011, ABC Family President Michael Riley announced that PRETTY LITTLE LIARS has been renewed for a third season, while THE SECRET LIFE OF THE AMERICAN TEENAGER will return for Season Four.