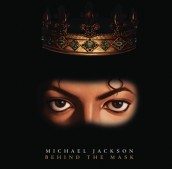 Two ho-hum songs from the lackluster post-humous MICHAEL are remixed, but don’t reinvent the wheel enough to make this a must-have

Michael Jackson mania may finally be over. After lackluster sales for his 2010 posthumous release MICHAEL, the fervor following his death (and a resurgence of his old music) didn’t translate into sales for the hodge podge of leftover tunes from his vaults.

Some claimed there was too much studio work done to the demos he left behind, others claimed he wasn’t singing on all the tracks.

I will say, that there were at least a few songs on the disc that were damn good, and probably should not have stayed in the vault as long as they did. However, the rest of the album was absolute crap – it stunk up the place and reminds us once again that satsifying die-hard fans is a lot tougher than it seems.

With Record Store Day 2011, a limited edition 7 inch single of two tracks from MICHAEL arrives with remixes. And the remixes are on two of the most unexceptional tracks.

“Behind The Mask” is an “edit” version here (not even a true remix) so it’s at least shorter than the album version which is the only thing that makes it better. Meanwhile, “Hollywood Tonight” is presented in a “Throwaway Mix.” The mix is a little sharper than the original, but again, the song really isn’t all that good. Another previously unreleased B-side or even the original demo might have been more interesting.

The prices for many of Record Store Day 2011 releases also vary by label and artist. And when you can get The Cars new 45 for $4.99 (suggested retail price) and Michael Jackson’s 45 costs $6.99 (suggested retail price), you can also feel a bit ripped off. Maybe the label was hoping for die-hard collector’s to get the release in droves, but I found extra copies of the 45 at the store I bought it out, so, in some ways the steep price for this leftover crap backfired.

Check out your local independent record store to find out if “Behind the Mask” is still available and CLICK HERE to see other releases from Record Store Day 2011.