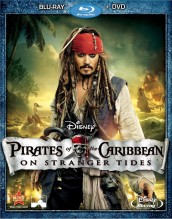 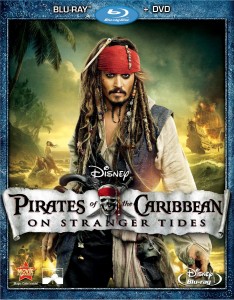 Pirates of the Caribbean On Stranger Tides | © 2011 Disney Home Entertainment

PIRATES OF THE CARIBBEAN: ON STRANGER TIDES – Yeah, times have changed. No longer is Keira Knightley or Orlando Bloom involved but really the first three films were all about Captain Jack Sparrow (Johnny Depp) and this fourth installment of the action franchise delivers him in spades. The good thing is that unlike the second and third films that seem to lose the fun factor of the first, this one brings it back with Sparrow now running from yet another batch of nasty pirates, this time led by DEADWOOD’s Ian McShane and snuggling up to the sexy Penelope Cruz. While other fourth films in franchises have tended to be lame – DIE HARD, RAMBO, INDIANA JONES, STAR WARS, name it – this one actually does the first justice and takes that bad taste out of your mouth of the second and third.

The Blu-ray version also does a very good job of capturing the feel and sound of the theater version with all the cool and many special effects appearing vivid and real. 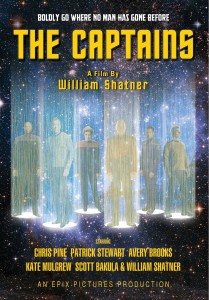 THE CAPTAINS – A pretty fun documentary featuring William Shatner trying to figure out just why after all the acting he has done in his life – from stage, to dramas, to film, to whatever – that his role as Captain Kirk remains the primary lineage of his acting legacy. So, he goes about and interviews all the other STAR TREK captains that have been involved in the franchise including Patrick Stewart (STAR TREK: THE NEXT GENERATION), Kate Mulgrew (STAR TREK VOYAGER), Avery Brooks (STAR TREK: DEEP SPACE NINE), Scott Bakula (ENTERPRISE) and Chris Pine (STAR TREK movie). It is entertaining and the answers are fun along with some of the other banter and roles they play with each other. Worth a watch if you are a die hard or even a semi-fan of the franchise. 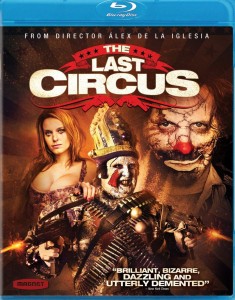 THE LAST CIRCUS – I hate clowns. And this film is about them. Luckily, it is about deranged clowns that begin a feud over a chick that can’t seem to make her mind over which clown she wants to be with romantically. What begins as mere fisticuffs, turns into a sloberknocker that involves multiple firefights, clown on clown violence, a whole slew of people that could give a rat’s ass about their fellow man, a deadly end game on top of a huge building and much more. It certainly is not your typical film. 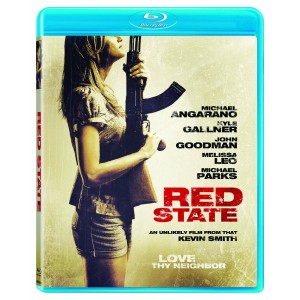 RED STATE – Kevin Smith finally does something that doesn’t have Silent Bob or Jay in it. I don’t know what’s more shocking that he didn’t somehow include them or that RED STATE is actually pretty decent. A radical church kidnaps three horny teens and subjects them to lectures and torture before killing them. The government gets word and storms the complex leading to a nasty confrontation between the two with multiple deaths, some weird trumpets sounding and some funny scenes. While it isn’t the best thing you’ll see nor will it win any awards, it is nice to see Smith getting under the hood and doing something different. Hopefully, he’ll continue down this path as it could be one he’s good at. 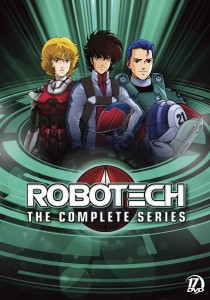 ROBOTECH: THE COMPLETE SERIES – This is what fans have been waiting for probably as long as they first saw the series. The complete works of ROBOTECH all put together in one handy dandy series. This set of 17 discs includes all 85 episodes of the animated science fiction drama that has become a classic and one of the staples that formed what anime is today. The cool thing here is that all of the episodes have been remastered using the latest technology so each of them has that brand new feel and look amazing.

As any fan knows, ROBOTECH spawned a number of movies, books, toys, video games and comics but also became a lexicon for anime. It is one of the go-to series that people talk about when discussing the genre and the influential series that began what we see today all over Japan and otherwise. The set includes “The Macross Saga,” “The Robotech Masters” and “The New Generation.” A great set and one that many will be buying for fans during the holidays and for themselves. 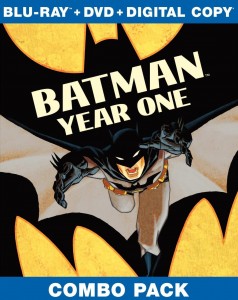 BATMAN: YEAR ONE – A mighty good animated series based on the landmark DC Comics title of the same name that depicts a young Bruce Wayne and his first attempts at becoming Batman. We see how he decided to become a superhero and why a bat, his early interactions with James Gordon, the role of Catwoman in the early years and many other classic storylines from the comics. It also has a really good cast with BREAKING BAD’s Bryan Cranston, Eliza Dushku, Ben McKenzie and BATTLESTAR GALACTICA’s Katee Sackhoff.

THUNDERCATS: SEASON 1, BOOK 1 – This is not the classic series but the new series featuring the classic characters from the 1980s animated classic. The two-disc set includes all eight episodes from the first season. 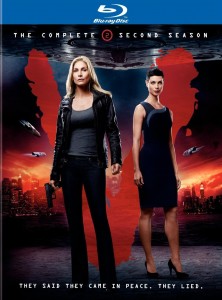 V: THE COMPLETE SECOND SEASON – The problem with V is that it never gave us the goods in terms of a brewing fight between the Visitors and the rebels that never moved beyond just a handful of people doing a number of meaningless tasks over and over again. Whether it was budget, or just poor planning, or poor writing, the series never amounted to the original in any way, shape or form. Given the better special effects and high production values that is a shame because it could have been something special. But here is the second season for all the fans that want to have it in their collection with all 10 episodes from Season Two included.

Article Source: Assignment X
Article: Blu-ray and DVD Picks of the Week including PIRATES OF THE CARIBBEAN: ON STRANGER TIDES