Home » In Memorium: THE TOWN and IN THE NAME OF THE FATHER actor passes away at 64 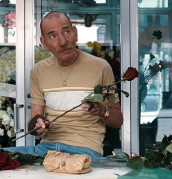 In Memorium: THE TOWN and IN THE NAME OF THE FATHER actor passes away at 64

Popular British character actor Pete Postlethwaite, who was recently seen in the Ben Affleck directed drama THE TOWN, CLASH OF THE TITANS and INCEPTION, passed away over the weekend at the age of 64 after a battle with cancer.

Postlethwaite performed with the Royal Shakespeare Company as well as becoming a solid character performer in numerous films over the years, but it was his role in the Jim Sheridan directed IN THE NAME OF THE FATHER that garnered the notice of Hollywood in 1993 and the actor has been working non-stop ever since.

Roles in USUAL SUSPECTS, JAMES AND THE GIANT PEACH, THE LOST WORLD: JURASSIC PARK and many others followed.

He’s survived by his wife Jacqui and their two children.

Tags: British, Clash of the Titans, In the Name of the Father, Inception, James and the Giant Peach, Pete Postlethwaite, Royal Shakespeare Company, The Town, drama