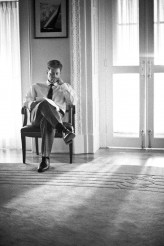 The filmmaker talks about casting, history and why this is different from what people are expecting 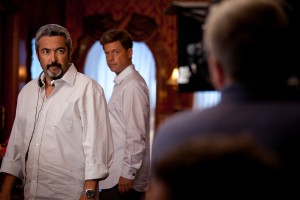 When History Channel greenlit the ambitious THE KENNEDYS mini-series, controversy was expected, but nothing like the kind that stirred up when that cable network decided to drop the project entirely earlier this year.

After being shopped to various networks, Reelz Channel ultimately acquired the eight-episode mini-series. The premiere reairs tonight on Reelz and the remaining six episodes will shown nightly starting Tuesday.

Written by Stephen Kronish, executive produced by former 24 co-creator Joel Surnow and directed by longtime 24 director Jon Cassar, the project follows the life of the Kennedys throughout the 1960s and features Greg Kinnear as John F. Kennedy, Katie Holmes as Jackie and Barry Pepper as Robert Kennedy.

ASSIGNMENT X spoke with Cassar on Friday in this exclusive two-part interview on the evolution of the mini-series, casting the project and getting a better understanding as to why this mini-series has become such a lightning rod of controversy. 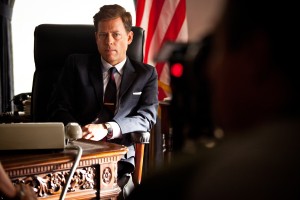 ASSIGNMENT X: With eight episodes, this is almost an actual series, not a mini-series.

JON CASSAR: Really, quite honestly, it’s only four short of being a series, because on cable, most series are only 12 episodes.

AX: How did this project happen?

CASSAR: It was one of those things that fell together with the History Channel which initiated the project. [History Channel President] Nancy Debuc wanted to push History Channel into docu-dramas. She’s responsible for flipping History Channel around and bringing all those new shows in that bumped it up in ratings and gave it a bigger profile. She wanted to do a docu-drama and she worked with a man named Jonathan Koch who runs Asylum Entertainment on some of the reality stuff. He knew Joel Surnow really well, and Joel knew Stephen Kronish, one of the writers on 24, and knew he was the resident Kennedy expert because he had a fascination with them all his life. So that’s how it all came together. 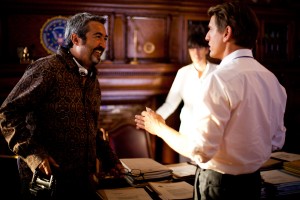 AX: And Joel knew you from 24 and that’s how you got involved?

CASSAR: Obviously I had a relationship with Joel of doing six years of 24 and before that, three years on LA FEMME NIKITA – the USA network version.

AX: When you got into the project, was everyone aware that it had the potential of being so polarizing?

CASSAR: I think we aware too because of Joel’s unspoken politics. It’s no secret who Joel is and what his politics are, and there has always been a prejudice against him because of that. We were aware that was going to be a problem. I don’t think we estimated it would be as big a problem as it was, but we were aware of it.

AX: What makes THE KENNEDYS stand out different from other Kennedy film projects?

CASSAR: There have been so many, so the question is “what is the new tact?” Our feeling right away was nobody ever humanized them. You never saw the Kennedys as husband/wife and you never saw them as boys with a dominating father. You never saw the human part of who they were. Most of the series that dealt with him were from a very political side and worse yet, were from some sordid relationship side which again, we didn’t want to do. That was sort of what we set out to do and I think that’s why people will enjoy it. I think you understand them better by the time you finish seeing the eight hours. 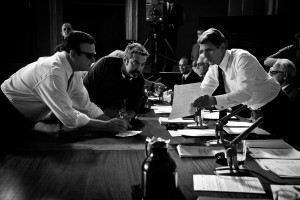 AX: As a director, there is usually something in a script that hooks you immediately, what was the scene or moment in the script that had you hooked?

CASSAR: I think for me, I knew who the Kennedys were. My father was a big supporter of JFK and took me to Washington to visit his grave when I was ten years old. He was always on my radar and to be able to tell that story was exciting to me period.

When we dug in we found facts in there that I didn’t know, but that were in the History books. There were details you kind of gloss over, and when I saw all those facts and found out they were all true, those were exciting to me and especially to be able to tell some of those stories like some of the adversity that these people had to go through. The prime example being JFK dealing with very debilitating problems like Addison’s disease. He was given his last rites three times when he was a child. He was sickly his whole life. He wore a back brace ninety percent of the time, which people don’t know about. He couldn’t stand, he couldn’t sleep and he couldn’t sit for more than ten minutes and he had to fight all of that and still be the President of the United States.

One of the lines from the movie, which is one of JFK’s lines is: “If they knew how sick I was, they would kick me out of Office.” The fact that the man had to fight all that and still make decisions and deal with a lot of problems for the short time he was President, was enough to be attracted to a story like this. 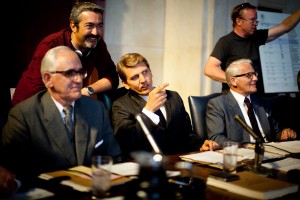 AX: Where does this mini-series start and what era are we dealing with?

CASSAR: It starts in 1960 and the very first two episodes are election night when he is elected as President of the United States, but within those episodes there are flashbacks. There are flashbacks to Joe, his father and then Joe Jr. his brother. We deal with a little bit of World War II and from there starting in Episode 3, it’s Jack as a President and that’s the Bay of Pigs because that happened virtually three months after he was President. Then we go all the way to the assassination of Bobby. Even within those episodes there are flashbacks that give you insight into other parts of the Kennedy history.

AX: Greg Kinnear has done such a great job bringing JFK to life – and it’s such a tricky role for any actor to take on.

CASSAR: He was our first choice. When we were casting, you always pick the one role you sort of have to center it around and obviously JFK was that role. It’s a very tricky role and a tough one to do and I don’t think anyone’s ever mastered it and quite frankly Greg’s come the closest to mastering it.

From our point of view as filmmakers, when you’re doing a true story, the first decision you make is if you go for actors who are lookalikes or you go for actors who embody who the person was. Ours right away was to find the actors that we thought would embody them – whether they looked like them or not, we weren’t going to get into big prosthetics. We didn’t want to find actor that wasn’t that great an actor, but looked exactly liked JFK. And most of that performance that you see of Greg where he looks just like him was his performance. We did nothing different to his face, except for make-up obviously. He had hair and obviously he had fake teeth, because they had such pronounced upper teeth, but otherwise there was nothing else one to his face. It’s performance that gets you to that place where he looks just like him. 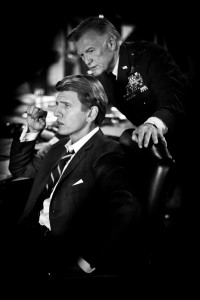 AX: Politics aside, you’re trying to do an eight hour look of JFK’s life from different angles, yet most of the stuff people know about JFK is the conspiracy theories and all the latter part of his life. So it’s ironic you could have 50 million projects like that around, yet you’re trying to tell a bigger story here with the mini-series and everyone gets bent out of shape.

CASSAR: That’s actually what populated the History Channel were all those kind of conspiracy shows around the assassination [of JFK] and that’s been done. And when we looked at it, even from a documentary point of view, hardly any have been done about who these people were as people. That was our motivation through all of it and from the actor’s point of view too. It really became about, “let’s dig in and try to portray who these people were just as people, not as politicians or inhabitants of Camelot.”

AX: So why is it okay to run the conspiracy part of it into the ground and no one seems to pull those shows from the air, but you can’t do the one you’re doing?

CASSAR: You’re absolutely right, there is no actual reason. This should be more embraced than those quite honestly. Most of those other projects are based on conjecture, not on fact. All of what we based THE KENNEDYS on are in books. History Channel made us triple source every single thing we did. We not only had to find [facts] in one history book, we had to find it in three. We really made an effort to tell the truest story we could tell. Obviously, a private conversation between Jack and Jackie in the bedroom, you could only surmise what happened, but even then we were surmising it based on the observations of the people at the White House at those given times – what the relationship was like being observed by the people around them.

AX: Barry Pepper [who plays Robert Kennedy] is such an incredible actor and he’s one of these actors who have been around for so long and he does the best work, yet he’s still not a household name.

CASSAR: He truly is amazing and he’s a consummate professional. They all were, but Barry takes everything to another level and he did a massive amount of research and had an iPod with Bobby’s speech in his ear the whole time we were on set. Right up to when I said “action” he was listening to Bobby. It wasn’t necessarily the dialogue that he was doing, it was just the cadence, so he always had it in his head. I found myself listening to Barry’s voice in my head all weekend as Bobby. He got it so right. He’s just a guy that comes to the game to play at 100 percent. It comes out in his performances. You can see it. You can see the work that he puts into it.