In Part Three of our exclusive interview, SPARTACUS: GODS OF THE ARENA creator/showrunner Steven S. DeKnight talks about what Season Two of SPARTACUS has in store for next year now that Andy Whitfield’s illness will prevent him from no longer shepherding the iconic role (Liam McIntyre will be taking over). The prequel limited series SPARTACUS: GODS OF THE ARENA currently airs Friday nights on Starz. 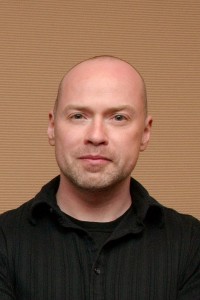 ASSIGNMENT X: What can you tell us about Season Two?

STEVEN DeKNIGHT: Most interpretations of SPARTACUS, they break out, and it’s like Robin Hood and his Merry Men. They’re all together and fighting the system. In our Season Two, they are not getting along. They all have different agendas, they all think it should be done a different way – which is historically accurate. Spartacus and his band – factions would break off and come back together and there was a lot of infighting, so it is a very, very dysfunctional family in Season Two.

AX: In terms of spectacle, you’ve already raised the bar pretty high in Season One and in GODS OF THE ARENA. Will you try to provide even more in Season Two?

DeKNIGHT: It all comes back to story first. We want to make sure there’s a great story and how do we top ourselves action-wise and how do you top the finale of last year? We really come at it from story perspective, although I can say the finale for Season Two should be pretty spectacular. We’ve got some shocking, shocking things planned.

AX: You had started breaking stories for Season Two before you knew you were going to be doing the GODS OF THE ARENA prequel. Have your ideas about Season Two changed at all in the interim? 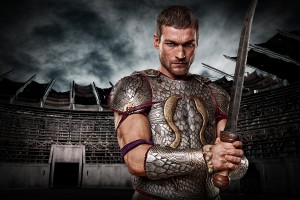 DeKNIGHT: Yes. We were three or four episodes into breaking Season Two, and when we found out about [Whitfield’s illness], one of the things we had to alter was, we had to figure out how to make Andy a little light early on [in Season Two as planned], because we weren’t sure if he would be completely recovered and in shape to go on. So we started to make that change, but as we would develop the stories, he was still heavy in it and fighting all the time. It’s kind of hard to avoid. By the time we switched to the prequel, we had four scripts [for Season Two], and after we did the prequel and we got back to the four scripts, there were a bunch of things we wanted to change. We’re in the process of retooling them. 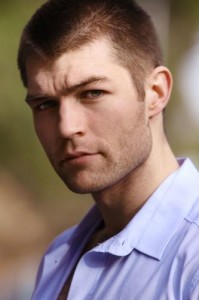 AX: Do you have a timetable for starting production on Season Two?

DeKNIGHT: We’re working on the scripts now and we will probably start shooting sometime in April.

AX: It looked like the end of Season One was the conclusion of the gladiator stage of Spartacus’ life and when we come back in Season Two, he will be starting a revolution.

DeKNIGHT: We’ll be into the beginnings of the war, yes.

AX: Is the war going to continue throughout the rest of SPARTACUS, however many seasons it runs?

DeKNIGHT: Yes. Historically, I think the uprising lasted about a year-and-a-half. We’ll obviously stretch that out in our timeframe, because in a thirteen-episode season, it can be a thirteen-day period of time, if that’s how we decide to do it. But yeah, we’ll follow how a small group of men end up becoming an army of a hundred and twenty thousand. Our plan is to go all the way through to the end of the story, as historically written.

AX: Do you know if you’re going to do what the producers did on LOST and set a fixed end point in terms of how many seasons you’re doing, or are you just going to let it go as long as it gets ratings?

DeKNIGHT: We’re still trying to decide that. There are a lot of factors – this show gets exponentially more expensive, as we’re discovering. Season Two is huge, it’s just an epic undertaking. So I think it will be a combination of, how do we feel the story’s going and finances and the audience reaction.

AX: Are you planning on sticking with SPARTACUS as long as it goes?

DeKNIGHT: You know, who knows what happens in the future? I would love to see this all the way to the end, but there are so many factors with that, other opportunities, contracts, all that boring stuff. But I love working with Rob Tapert, Josh Donen and Sam Raimi, and Starz has been fantastic, so yeah, I hope to see it all the way to the end. I’m thrilled to be working on the show. I’m thrilled to be helping Starz really forge their identity in television with this show.