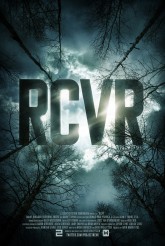 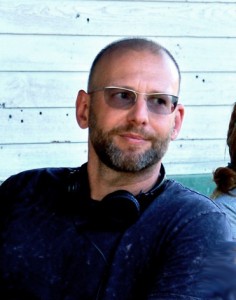 As the web continues to grow, so does the type of content available and one of the most ambitious series to date – RCVR – has arrived via Science 2 Fiction and Machinima.

A six-part science-fiction series (you can check out the first episode below), RCVR follows the agents of an organization called Sigma investigating strange UFO phenomenon for their own darker purposes. As the series begins, lead investigator Luke Weber (Daniel Bonjour) is called to a recent Arkansas sighting for a subsequent cover-up – and then all sorts of strange things start happening.

The project was conceived by director David Van Eyssen (who also serves as co-scripter and producer). It’s designed as a multi-platform experience extending beyond jus the series itself and into a whole labyrinth layer of corresponding websites that unlock even more content for a deeper understanding of the RCVR world and UFO phenomenon as a whole.

In this exclusive interview, Van Eyssen speaks to ASSIGNMENT X about the evolution of RCVR, how he grew the mythology into something much larger and creating a show that in many cases looks just as good as anything currently on network television.

ASSIGNMENT X: Can you explain what RCVR is about?

VAN EYSSEN: RCVR is about UFO hunting in the 1970s. The background to the series is that, over the past hundred years the spike in scientific and technological development has been exponential. From powered flight to nuclear energy, space travel, the personal computer and genetic engineering, our species has achieved a great deal in a relatively short time. There are many theories, such as Moore’s Law, that attempt to explain this. Our explanation is that key people have been chosen as channels by extraterrestrial beings – channels for information that has the power to transform the world.

AX: When did you first get the idea for RCVR?

VAN EYSSEN: Where ideas come from is the underlying theme of RCVR so that’s an interesting question. What’s also interesting is that, from a storytelling standpoint, there isn’t much difference between divine inspiration and alien abduction.

AX: Did you consider making it a feature film or TV series before going the interactive route with the idea?

VAN EYSSEN: The RCVR mythology is far reaching and because we’d developed and shot a pilot almost a year before we began production on the series, I had the luxury of being able to plan the narrative not only across space and time but also across media platforms.

So the short answer is that RCVR has been actively designed as a transmedia experience, web, TV and feature, but the decision to launch the series online gave us an opportunity to create an interactive experience that uses the series as a starting-point for a deeper exploration into world and character. We’ve chosen Twitter as the primary link between the series and a range of interactive components.

AX: With so many TV and films lately dealing with alien phenomenon, what do you think separates RCVR from the pack?

VAN EYSSEN: RCVR synthesizes a lot of diverse thinking about alien encounters. I’ve always felt that there was a bigger explanation than we’d seen to date – a narrative that could encompass many of the other mythologies and extend them, synthesize them into a kind of “unified field theory” for extraterrestrial life. The series is also set in the early ‘70s, backdating the search for alien life to a low-tech, socially unstable period in history which I think is interesting for an audience.

AX: For a web series, RCVR looks better than many TV shows – how were you able to have such high production value on a web series budget?

VAN EYSSEN: I’m surrounded by a first-class team in all departments. That was a strategic choice. To go for the best individual artists, producers, department heads that we could find who, even on a limited budget, would exercise their talents. It’s a testament to their ingenuity and hard work that the show looks and sounds the way it does.

AX: Is RCVR based on an actual phenomenon?

VAN EYSSEN: The series is rooted in a composite of real-world events – not characters, for obvious reasons – but certain stories that caught my attention over the years and morphed into fiction. Many people believe that governments – not just ours but worldwide – are engaged in a monumental cover-up. And there’s so-called eyewitness testimony that Area 51 is  being used to reverse engineer alien technology for human use.

The idea of RCVRs is dates back thousands of years to the narrative of the shaman, the prophet, the person who is ahead of his or her time and punished for having a vision that challenges the status quo. Tesla’s considered a universal, if recent, standard for this, but jump back in time and you find figures like Galileo who put himself at great personal risk to defend his scientific beliefs and, further back, to figures such as Noah.

AX: There’s a massive interactive web component to RCVR – can you explain how that will work?

VAN EYSSEN: Twitter is the launch pad for the interactive journey – an ARG or Alternate Reality Game that leverages the RCVR mythology.

At Twitter.com/projectRCVR, Alvin Peters – a famed conspiracy theorist – tweets about the RCVR phenomenon and links us to the UFOpedia for historical context, to his own blog projectRCVR.com to his own rants and pet theories, to sensationalist British third party aggregator, www.theywalk-amongus.co.uk, and to SIGMA (www.sigma-agency.org) itself – the neo-governmental agency which suppresses information on UFOs — and which can be cracked with codes located online. The cracked levels of SIGMA reveal the truth about some of the world’s most important UFO/ET events, and shed new light on the alien link to technology.

AX: What could you do with this being a web series that you couldn’t do if this was produced through traditional means?

VAN EYSSEN: There’s a trade-off. Smaller budgets versus creative independence, but, even if this went to TV, I don’t think it would make sense to abandon the interactive or online experience. For example, you could distribute the story elements across both platforms and bounce users back and forth between TV and web in an interesting way – particularly since a lot of TV today is viewed online.

AX: If RCVR is successful, how soon could we see a Second Season?

VAN EYSSEN: Soon, I hope. We have a team in place that is jonesing to get back into the trenches and the storyline just gets more interesting as we go on. 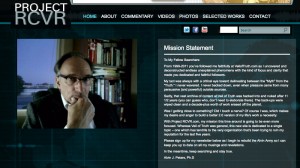 AX: Could RCVR become a TV series as well?

VAN EYSSEN: As well, yes – but not instead. At least, that’s my intention – to try and update the TV experience for a new generation of consumers.

AX: Everyone has their own theories about UFO phenomenon, are you a believer and what do you feel is really going on that the government isn’t telling us?

VAN EYSSEN: My job is to maintain a healthy skepticism about these things – both about what we’re told by official sources and by the UFO community. I think the truth is somewhere in between but the existence of other life forms is undeniable, on a statistical basis alone. So in that sense I’m absolutely a believer.

AX: For a web series, RCVR looks better than many TV shows – how were you able to have such high production value on a web series budget?

VAN EYSSEN: I’m surrounded by a first-class team in all departments. That was a strategic choice. To go for the best individual artists, producers, department heads that we could find who, even on a limited budget, would exercise their talents. It’s a testament to their ingenuity and hard work that the show looks and sounds the way it does.

Most of the people I work with are longtime collaborators including my childhood friend, Leon de Jerez, who runs the company, Taylor Clyne who was an early believer, producer Tavin Titus who managed the production expertly, my brilliant composer Rob Lord, Jeff Cowan who I’ve been cutting with for the past five years, my talented DP Joost van Starrenberg, Kelly Wasserman who pulled a rabbit out of hat in production design — and last but not least Anthony C. Ferrante who did a masterful job of concocting a parallel world for RCVR in new media. I could go on but there isn’t time or space. Props to all of them.

AX: Do you have any other projects in the works?

VAN EYSSEN: There are a number of other projects in development which I’m doing with my partners at Science2Fiction. We’re interested in the way interactivity and storytelling can be combined, and how a larger experience can be generated on the back of a traditional narrative structure, but right now, we’re focused on RCVR.