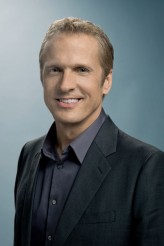 Country Music Television, CMT, is expanding into the world of scripted programming with its first half-hour comedy, WORKING CLASS, which premieres Friday night on the network. Melissa Peterman stars as a woman who returns to her roots and gets a job at a grocery store, where the butcher is played by veteran actor Edward Asner and the owner – and love interest – is portrayed by Patrick Fabian.

Fabian , whose credits include a regular gig on PROVIDENCE and recurring roles on VERONICA MARS and BIG LOVE, got the attention of horror movie audiences last summer with his turn as a cynical exorcist who encounters the unexpected in THE LAST EXORCISM. He talks with us about both that film and his new gig.

ASSIGNMENT X: Were you aware of Country Music Television as an employer of actors for scripted programming before this?

PATRICK FABIAN: Honestly, the answer is no. As a matter of fact, I wasn’t even sure if I had CMT in my cable package – I do, as a matter of fact. What’s great about working for them is, this is the first scripted television show they’ve got going. So they’re really excited about it – I think the pilot that we’ve put out is funny and good and everybody’s excited about doing it for the first time. So the expectations are, we’re going to expand the audience for CMT. So it’s good to be a part of that. 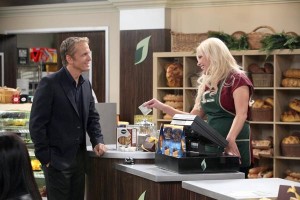 FABIAN: I’m Rob Parker. I run the grocery store. Melissa and I sort of meet cute, where she doesn’t know that I’m her boss. She starts flirting with me and so that gets revealed. She’s from one side of the tracks, I’m from the other – it’s sort of a Sam and Diane CHEERS relationship. Me and my father have a chain of grocery stores. I was joking with Melissa – it’s the only sitcom where the grocery store manager is wearing Armani [laughs].

AX: Are you enjoying Rob’s wardrobe for the series?

FABIAN: The wardrobe’s great, because I go in and they just tailor shirts and suits for me. It’s really very nice.

AX: Do you have any real-life experience in your past of working in a grocery store or something similar to draw on for this?

FABIAN: The closest thing I did is, in high school, I worked at McDonalds for all four years. So I know the fast-food experience, but I did not actually ever bag groceries or anything like that. I missed that methodology for this particular acting exercise, but I think being an owner [as Rob’s character is] – I know how to be in charge, I know how to be a boss. I’ve played plenty of those.

AX: You were saying that starring in THE LAST EXORCISM raised your Q rating …

FABIAN: Yeah, I think so, absolutely. There’s a lot more buzz on the Internet about me and whatnot. The good thing about that is that the people who saw it initially saw it and got busy about it, and now with the DVD out, and it’s going to be on DirecTV, I think it’s the gift that keeps giving. We’ve been up for a People’s Choice Award, a Spirit Award, [costar] Ashley Bell [was up] for a Spirit Award as well, so it keeps going and going and going. It’s still being released. It’s being released in Australia right now as we speak and it’s made about sixty-five/seventy million dollars worldwide so far. 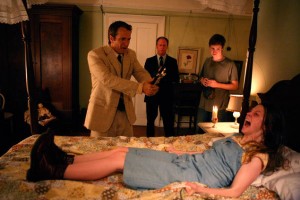 Patrick Fabian and Ashley Bell in THE LAST EXORCISM | ©2010 Lionsgate

AX: To ask a question that’s a spoiler for the end of the film – if you haven’t seen the movie, skip this next paragraph! – for some of us who are easily confused, can you explain what is going on at the end of EXORCISM?

FABIAN: Ah, the end of the movie. A lot of people had some discussion about that. At the end of the movie, Louis the farmer – he’s right about everything. There is a cult and there is a Devil. The whole nine yards. The last images that you see of Cotton going into the demon fire – you don’t see a body, so we don’t know what happens to him, but we know the fate of pretty much everybody else in the film.

AX: So it’s not meant to have ambiguity that this could be just an isolated community under the grip of hysteria – it’s meant to really be a supernatural situation?

FABIAN: That’s one interpretation. I always go to this. At the end of INCEPTION, does the top keep spinning, or doesn’t it? And does that ruin the movie behind it or not? I think it’s comparable in terms of interpretation.

AX: Now, do you know if the WORKING CLASS people saw LAST EXORCISM, and that was what inspired them to call you in?

FABIAN: I knew Melissa Peterman because I was on the Reba McIntyre show [REBA] in an episode, and I played Reverend Yummypants. And her and Reba were affectionate towards me on that. So Melissa remembered me when she was getting this show up, so she gave me a call and asked me to come do the table read. So from there, things just took off. Any chance to work with her, I lept at, because I do think she’s the funniest girl on television. She’s a modern-day Lucille Ball, she’s funny, fast on her feet and she’s generous. She’s not kidding. The set that she runs is one of warmth and happiness.

AX: Were you excited when Reba McIntyre came on WORKING CLASS as a guest star?

FABIAN: Oh, absolutely. When I saw her, I said, “Reba, I don’t know if you remember …” And she said, “Now, Reverend Yummypants.” She knew exactly who I was, which was really great. She’s an industry unto herself. 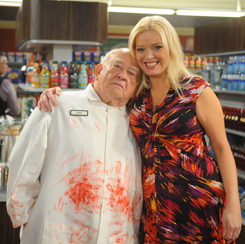 AX: And then you’ve got Edward Asner as a series regular …

AX: Back when Edward Asner was starring in LOU GRANT, it was canceled in 1982 reportedly not over low ratings, but because the sponsors were unhappy with Mr. Asner being politically outspoken.  Do you feel that something like that could happen now? Is there anything you feel strongly enough to speak out about?

FABIAN: It’s funny – I think everybody’s very PC about saying things in such a partisan media that it’s refreshing when somebody does come out with an opinion. I don’t think any of us have any radical views that would somehow go against the grain of CMT. It’s an interesting question. I think that actors tend to shy away from that sort of platform these days, mainly because it’s such a tough business in the first place, we’re very grateful for the job and as far as I know, CMT and the people who I’m working for aren’t doing and/or endorsing anything that I find reprehensible. I can’t really find anything wrong with a television show that’s trying to find family viewing. Ed has been a very political man all of his life. We’re all kind of working class now. [WORKING CLASS creator/show runner] Jill Cargerman’s been picking his brain. As a performer, he was president of the Screen Actors Guild – he and I are both on the Screen Actors Guild board and it’s really great to talk politics with him, without a doubt. But without a doubt, when you’re doing a twenty-two-and-a-half-minute sitcom, we’re really looking for the funny.

AX: What do you find funny?

FABIAN: Well, what’s cued up on my DVR in terms of funny stuff – I like MODERN FAMILY, I love watching GLEE, I still like THE OFFICE and COMMUNITY and all those things. I think 30 ROCK is the funniest thing on television.

AX: Are you relieved that WORKING CLASS is in a timeslot where you’re not competing with most of the broadcast network sitcoms?

FABIAN: Absolutely. I think a lot of good shows don’t get a chance because there’s such a high threshold for success. Millions and millions and millions of people have got to tune in right out of the gate, and I think with us, we’re going to be allowed a chance to grow a little bit, which is good, because I think out of the gate we’ve got twelve solid episodes and it’s only going to get better. It’s only going to attract more talent.

AX: How is Jill Cargerman as a show runner?

FABIAN: I think what’s nice to watch is that Jill is a very driven woman and she knows what she loves. She’s a very intelligent, caring show runner.

AX: Anything else you’d like to say at this time?

FABIAN: I’ve got a twelve-week-old daughter named Abbie Rae. I’ll be the cliché and say the best thing that’s happened to me this year – movie, TV series – is my daughter being born.