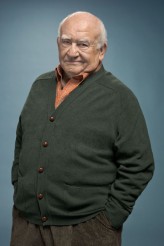 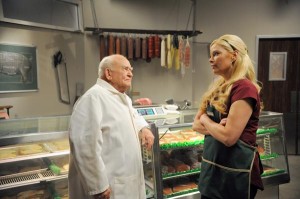 On CMT’s half-hour comedy WORKING CLASS (airing Friday nights), seven-time Emmy Award winner Edward Asner plays Frank, a grocery store butcher who is gruff and blunt. In real life, Asner is cordial and thoughtful, but he still speaks his mind, as he has all his life.

Pretty much anyone who has ever watched television remembers Asner as Lou Grant, who started out as the heroine’s boss on THE MARY TYLER MOORE SHOW and then, when that series’ seven-season run ended, moved over to his own hour-long newsroom drama, LOU GRANT.

What many may not remember is how and why LOU GRANT ended after five seasons: not due to ratings issues, but because the show’s sponsors pulled out in opposition to Asner’s progressive political activism off-camera. It was a long time ago, but Asner is still game to address the issue.

ASSIGNMENT X: Do you think something like that – canceling a series due to an actor’s politics – could happen today?

EDWARD ASNER: I think it couldn’t happen today, because the enemy is much more elusive. The manufacturer, the corporation, they’re all much more elusive than they were then. You can’t point the finger at them, because I think they can skittle out from under it much more easily. It’s harder to indict a corruption within a nation than any particular corporation. And secondly, all of them are guilty now. We live in a corporatist state, ruled by corporations. The world is ruled by corporations. That oil company BP [makes “phooey” noise]. So you look over here – Chevron’s just as goddamned guilty for a number of other reasons. It all sucks. What’s the sense of attacking? And secondly, you don’t have the media to cover it any more.

AX: You’ve worked a lot on major network television. Does WORKING CLASS on CMT feel like it’s a smaller environment?

ASNER: Oh, I think they create an enormous environment to work in. I don’t find any real dilution. I think they are equal [to the big networks] in many respects. Granted, we’re doing it faster, I gather, and I miss the audience, but I’ve done other comedy shows without audiences and they certainly give us a lot of support from the periphery of beyond the camera.

AX: Are you enjoying your character and the series? 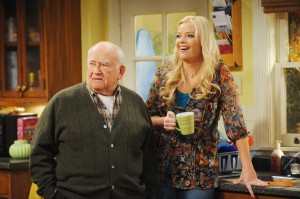 ASNER: Very much. Very much. I’m enjoying the character and the people I work with. And hey, let’s face it. All of America has become working class – if they can find [work].

AX: Is there a secret to working as long as you have as an actor?

ASNER: Well, I think talent has something to do with it. I’d like to lay claim to that. I figure I’m in the middle stage there of acting. You always need a few droplets [of age] so that youth can be compared to you. I am quite content. To keep working, to keep doing that thing that I enjoy the most, that’s the only joy that needs doing. I love it.