Exclusive Interview Kurt Fuller chats BETTER WITH YOU and SUPERNATURAL 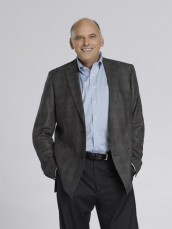 ©2010 ABC/Bob D'Amico
Kurt Fuller in BETTER WITH YOU
Interviews

Exclusive Interview Kurt Fuller chats BETTER WITH YOU and SUPERNATURAL

The actor talks playing a bad angel and a good husband, plus vamping it up for the WGA 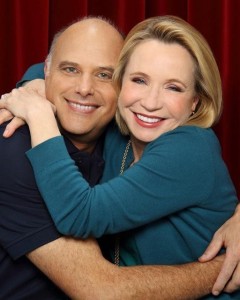 BETTER WITH YOU is one of ABC’s freshman comedies lighting up its Wednesday lineup. Kurt Fuller, one of those actors who seems to work constantly, dividing his time between being funny and being scary, talks about getting to play romantic – and a few of his other recent gigs, like playing the malicious angel Zachariah on SUPERNATURAL.

Here’s what he had to say …

KURT FULLER: I play the father, Joel Putney, on BETTER WITH YOU. it’s basically a family comedy with three generations of couples, who’ve been together for three very distinct periods of time – my wife and I thirty-five years, our older daughter has been living with someone for nine years and our younger daughter just met someone and is pregnant and is getting married after two weeks. And it’s about how we all relate to each other in a family.

AX: Is it fun for you to get to play a romantic relationship?

FULLER: You know what – I have spent my life killing the girl, robbing the girl, kidnapping the girl, but [in BETTER WITH YOU], I actually get the girl, and yeah, there’s actually romance. I’m really [enjoying] it.

AX: How is it playing a parent who is not trying to kill his children, unlike some of the other fathers you’ve played?

FULLER: [laughs] You know my work! It’s fun, because I can recognize myself when I was first in love in the younger kid, and when I was with my wife for nine years in our middle child and the marriage I have to my television wife, Debra Jo Rupp, who was the mother on THAT ‘70S SHOW, is very much like my [real-life] marriage now. So there’s something for everyone in this. You will see yourself in this show.

AX: You were also in THE CREATURE FROM THE BLACK CASKET short in support of the 2007-2008 WGA strike, which won the Writers Guild “We’re All on the Same Page” competition.

FULLER: Oh, where I played Dracula [called Count Nicholas the Third]? [That was made by] David Twohy. He’s a great director.

AX: How did that come about?

FULLER: He called somebody who figured I could do a Transylvanian accent. I didn’t know I could do it, he asked me to do it, and I’m a big union guy, and I said, “Sure,” and I went down and we didn’t rehearse, we just did it, and the whole thing took an afternoon and that was it. He wrote it and I learned it and it was very easy to do, really. 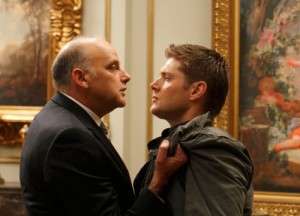 AX: Besides playing the writer-hating vampire in that, you’ve done some other genre roles …

FULLER: Well, I was the very, very bad angel Zachariah in SUPERNATURAL.That was two years of the greatest time of my life. I died a really horrible death last year – I got stabbed through the throat and I ended up with crispy wings. That was awesome and that was the last real genre thing I did. That is one of the favorite roles I’ve ever played, because I so believed in myself, I so believed in what I was doing, I was so into it and he was such a clever bastard. I loved doing it.

AX: When you were doing Season Five of SUPERNATURAL, which had an ending that could have been a series finale, did they have a sense that it was going into Season Six at the time?

FULLER: I think they knew. They didn’t tell anyone, they didn’t know for sure. At the end of Season Five, they were ramping everything up for Season Six to be a major departure.

AX: What did they tell you about Zachariah when you went up for him?

FULLER: They told me, when I first went up for it, that he was like Morgan Freeman in [BRUCE ALMIGHTY] with Jim Carrey. He was kind and level and loving and helpful. And so I started out thinking I was going to be a really nice guy, like Morgan Freeman, really kind and helpful. And then by episode three, I was just a bastard again. And I thought, “Man, I can’t get away from this!” In BETTER WITH YOU, they don’t do that to me, and I don’t think they’re going to.

AX: Do you have anything else coming up?