The actor talks about fighting aliens in the new TNT series 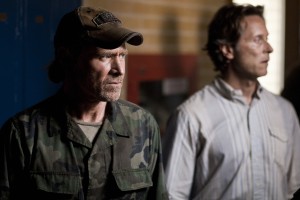 In TNT’s new series FALLING SKIES, the survivors of an alien invasion of Earth band together to fight the marauding extraterrestrials. Sometimes, dealing with fellow humans can be almost as challenging as battling the ETs, as evidenced by the interactions between teacher-turned-freedom fighter Tom Mason, played by Noah Wyle, and experienced soldier Captain Dan Weaver, played by Will Patton.

The South Carolina-born Patton has appeared in a huge amount of feature films and television series, including NO WAY OUT, 24, THE CLIENT, VR.5, REMEMBER THE TITANS and THE MOTHMAN PROPHECIES, as well as many stage roles. In person, the actor has an air of quiet capability that suggests he can rise to any occasion.

ASSIGNMENT X: You do a lot of work in feature films. Were you looking to do a television series at this point?

WILL PATTON: Yeah. I have a tendency to just want to do what excites me, and when I got Bob Rodat’s script [for FALLING SKIES], there was something about it that was really compelling to me and very imaginative and woke me up and made me want to do it. I just have a tendency to do things I like, whether it’s TV, movies or stage. 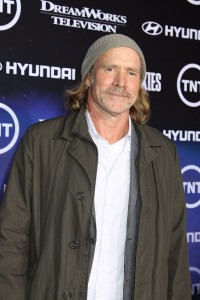 PATTON: He was there during the pilot. He’s so busy, he’s not on the set most of the time.

AX: Had you worked for Spielberg before?

PATTON: Yeah, I did a miniseries called INTO THE WEST. It was great fun.

AX: Are you a fan of science fiction?

PATTON: Some of it.

AX: Were you drawn to FALLING SKIES by the overall story or your particular character?

PATTON: I think both. The characters become more interesting each episode, so they’ve got me hooked.

AX: What can you tell us about your character, Captain Dan Weaver?

PATTON: Through this desperate situation, because he has a little army experience, he’s been placed in charge of two hundred civilians and a ragtag group of fighters and has to manage these people and is often at loggerheads with Noah Wyle’s character [Tom Mason] about how to do that, Noah being a little bit more with the civilians and me being a little bit more hard-nosed in terms of what has to happen in order to fight these forces.

AX: Do we find out your character’s back story, as far as if he’s had family that he’s lost?

PATTON: Yeah, we do find out some things like that. He’s got a lot of secrets in his pocket.

AX: Do you like playing characters where they reveal themselves a bit at a time, or do you like it where they have a lot that they put on the table at once?

PATTON: I have a tendency to like people who you have to reach for.

AX: Had you worked with Noah Wyle before?

PATTON: I hadn’t, and it’s been such a pleasure, and it’s one of the reasons I’ve been having so much fun. He’s really great to work with and a really great actor. I mean that, from my heart. I feel like whatever dynamic is going on between these two characters and these two actors is one of the most exciting that I’ve encountered.

AX: In your many roles, you’ve done a fair amount of running around with a gun.

PATTON: Yeah, I have.

AX: Did you have to learn anything new for FALLING SKIES, or is that aspect of playing Captain Weaver informed by previous experience?

PATTON: Well, some of these guns are huge submachine guns. I’ve never run around with a submachine gun before, and I carry it on my back almost all the time. It’s this weight on your back all the time. This machine gun becomes a part of you, and that was new for me I’ve been studying war a lot and I have people that are very close to me that have fought in Iraq and stuff, and I’ve thought about them a lot, because that’s sort of the stakes that we’re dealing with, and that’s been mostly my preparation, so I’m channeling some people who are close to me that actually are in war or have been in war. 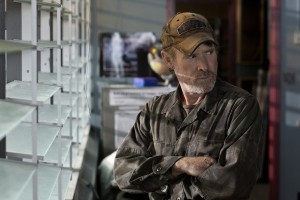 AX: With the science-fiction elements, how much is physically there on set for you to react to? Are you playing opposite a tennis ball on a stick when you’re dealing with aliens?

PATTON: The aliens are there [physically on set] a lot of the time. Some version of the alien is there. We’re looking at it. I’ve had very few [scenes] where it wasn’t the real alien. There have been some things where we’ve had to imagine. It’s fun to try to imagine. That’s what an actor is supposed to do.

AX: If you’re allowed to talk about it, do you have a particular cool thing that you’ve gotten to do so far on FALLING SKIES?

PATTON: Well, I’ve had to really, really imagine what it’s like to be in sort of war situations and that is simply different for me, to really feel what it would be like to go into battle. That is something to really consider, especially when you have relatives and people who are actually doing that, so it’s nice to be able to play it.

AX: Does the fact that you’re fighting aliens as opposed to humans alter the performance or how you think about what you’re doing in any way?

PATTON: Yeah, it would be really bad if we were joking with those lines. We wouldn’t be able to get through it.

AX: It seems like it would depend on the sort of person you’re playing, but if your character is killing another human, would you have different feelings about it than killing a non-human?

PATTON: I’ve thought about that, and it brings up that question, which is a really good question. 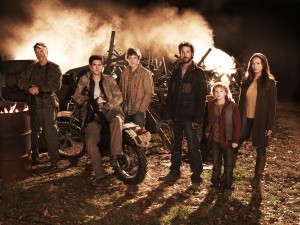 AX: How have you answered it for your character?

PATTON: I’ve had to not consider them human in any way.

AX: So Weaver doesn’t have any empathy for the aliens?

PATTON: Not my guy.

PATTON: Yeah, MEEK’S CUTOFF, Kelly Reichardt’s new movie [released theatrically earlier this year and due out on DVD] with Michelle Williams and me and Shirley Henderson and Paul Dano. A really beautiful, beautiful movie. It’s about a group of pioneers on the Oregon Trail in eighteen-fifty-something.

AX:And can you say whether Captain Weaver is named after that other famous alien fighter, Sigourney?

PATTON: I don’t think so [laughs]. I didn’t know a thing about that.