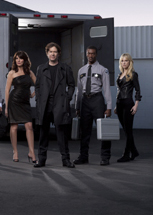 Tickets are on sale now for the event being held June 3 to June 5 in Portland, OR and featuring the stars of the hit TNT show Timothy Hutton, Beth Riesgraf, Gina Bellman and Aldis Hodge 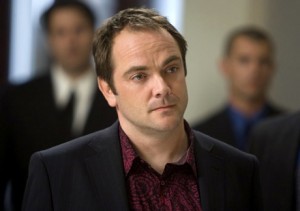 UPDATE: CON-CON 2011 has been canceled. For more information, CLICK HERE

LEVERAGE fans get ready to unite once again as the hit TNT series is back with CON-CON 2011: AN OFFICIAL LEVERAGE EVENT to be held on Friday, June 3 through Sunday June 5th at the Governor Hotel in Downtown Portland, OR.

And just added to the program is guest star Mark Sheppard who plays the show’s frequent nemesis Jim Sterling and is also coming off a string of popular guest appearances on such series as DOCTOR WHO – Series 6 and SUPERNATURAL.

The CON-CON festivities include many Q&A’s with the stars, producers and behind-the-scenes talent as well an evening reception hosted by TNT and an official banquet. Autograph and photo ops will also be available to purchase.

The deadline to purchase tickets is this Friday, May 6, so don’t delay.

The fourth season of LEVERAGE will premiere on TNT Sunday, June 26. 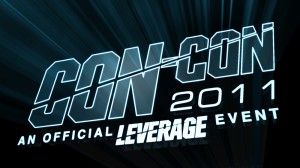