Home » BREAKING BAD: THE COMPLETE THIRD SEASON is one of the Blu-ray and DVD picks this week 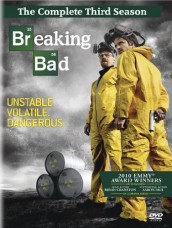 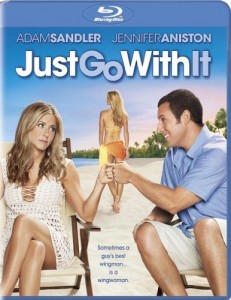 JUST GO WITH IT – When it comes to Adam Sandler movies … you pretty much know what you are gonna get. He’s a lovable loser with some strange tendency or has been lucky in love or unlucky in love or what have you. He meets some chick that he either wants to have a relationship with or will eventually fall for the chick that has always been the friend but turns out to be the best person for him. JUST GO WITH IT follows this formula pretty much to conclusion. Yeah, there are some funny moments as with most Sandler films and the addition of Brooklyn Decker as one of the objects of affection is nice in terms of eye candy, but you aren’t going to get anything new here that you haven’t already seen in a dozen other films. The most shocking thing here is that Jennifer Aniston actually has a role that isn’t a normal role for her where she is in some random romance doing romantic-comedy things. The DVD includes three featurettes and two audio commentaries. The Blu-ray version as much more with 12 featurettes, 11 minutes of deleted scenes and the audio commentaries. 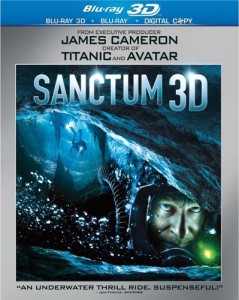 SANCTUM – Most horror-related films have a group of unlucky people battling something or someone: a monster, a demon, an animal, a serial killer, a supernatural force, whatever – but sometimes all you need is nature. SANCTUM takes place entirely in a cave. A group of explorers look to map out one of the uncharted regions of the world but when a torrential downpour floods their exit, the cave becomes their only hope of not drowning. Unfortunately, it isn’t as easy as just finding a path and getting out. They must go underwater, climb treacherous cliffs and face an ever-climbing water level that threatens what little air they have left. Plus, they have each other to deal with which becomes as dangerous as the nature forces they face. SANCTUM isn’t spooky or scary but it is a pretty entertaining film as you watch these people deal with an insane situation that rapidly becomes worse by the minute. 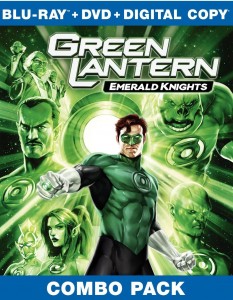 GREEN LANTERN: EMERALD KNIGHTS – A pretty entertaining full-length movie continuing the GREEN LANTERN stories in animated form on DVD and Blu-ray. This is more of an anthology of Green Lantern tales with a series of stories about certain Lanterns how they made a name for themselves fighting a number of creatures throughout the universe. But also there is an overall storyline about an evil that consumes all life that it touches, even a Lantern. With a strong cast including Nathan Fillion as Hal Jordan and Elisabeth Moss as co-star it is a perfect appetizer for the full-motion blockbuster coming soon to theaters. Loads of cool stuff on the extras as well including a look at the movie, five featurettes, a digital comic, audio commentary and much more. 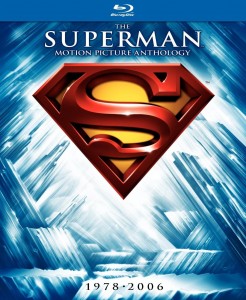 SUPERMAN: THE MOTION PICTURE ANTHOLOGY – Not sure how accurate this will be once the new SUPERMAN film comes out next year but at least for now, it does contain all the films currently available on Blu-ray and DVD. Included are the SUPERMAN: THE MOTION PICTURE ANTHOLOGY, SUPERMAN II, SUPERMAN III: THE QUEST FOR PEACE and SUPERMAN RETURNS – the first attempt to restart the franchise with Brandon Routh. Included are more than 20 hours of bonus features all that were included in the original releases of the films. However, two new documentaries are also included on the Blu-ray version: “Look Up in the Sky! The Amazing Story of Superman” and “The Science of Superman.”

LEGENDS OF FLIGHT – Like airplanes? This new 3-D film is for you. It details all sorts of cool aircraft over the past few years and a history of the plane during the past century. You get to see in marvelous 3-D a massive Airbus A380, the Paris Air show, the carbon fiber 787 Dreamliner and other notable crafts. A very cool documentary for aircraft aficionados and those wanting a glimpse of flight in the future. 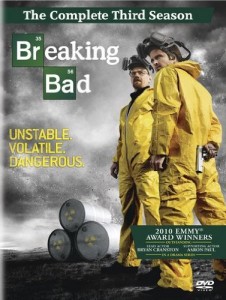 BREAKING BAD: THE COMPLETE THIRD SEASON – One of the best shows on television returns for its third offering on DVD and a whole host of new problems for Walter White (Bryan Cranston) and his partner Jesse Pinkman (Aaron Paul). White’s wife has divorced him, his DEA agent brother-in-law is out to get him and a Mexican cartel is coming for him. White has paid an awful price for becoming one of the biggest drug dealers in New Mexico. Yet, he continues and with each amount of meth he cooks, White becomes darker and more dangerous. He is willing to kill now and take lives if needed to protect his family or his partner. And when his brother-in-law runs into two bad ass Mexican brothers, he is in the fight of his life in the parking lot of a grocery store. The extras include seven featurettes, deleted scenes, mini video podcasts for every episode and 20 “Inside Breaking Bad” episodes that give the creators and cast’s take on the episodes. Great stuff for a great show. Can’t wait for the next season. 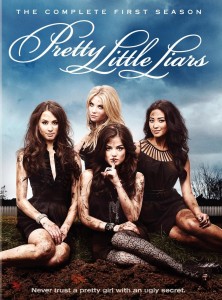 PRETTY LITTLE LIARS: THE COMPLETE FIRST SEASON – I had the joy of reviewing this television series when it aired last year and why I can see some tweens and teens maybe enjoying it because it involves all the teen issues with high school as well as a potential killer in suburbs, it is as trite as it comes. The series is completely bunk and is devoid of any real fun that should be involved in a teen killer series. Yeah, it has a great looking cast with Troian Bellisario, Ashley Benson, Lucy Hale, Bianca Lawson and Shay Mitchell and that’s always a good thing, but beyond the looks department, shallow is about all I can come up when I think about this series. 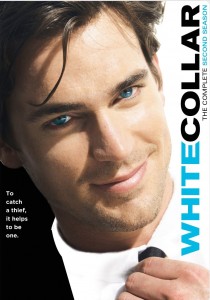 WHITE COLLAR: SEASON TWO – When high profile crimes are committed these guys are called in to make sure they are brought to justice. Whether it is extortion or high profile murders Neal Caffrey (Matt Bomer) a white collar criminal himself and his FBI agent partner Peter Burke (Tim DeKay) do the investigating. The second season picks up where Season One left off with Caffrey trying to find who killed his girlfriend while trying to keep his partnership in tact (and stay out of jail). The extras include a spotlight on Mozzie, behind-the-scenes featurettes and more. 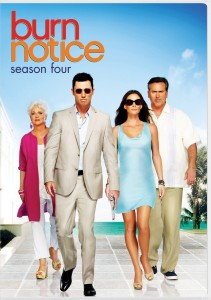 BURN NOTICE: SEASON FOUR – The fan favorite show about an ex-spy that was “burned,” or excommunicated from the spy business, continues on DVD with the team taking on outlaw bikers, drug dealers, international terrorists and much more. As usual, when things look the bleakest that is when the team rises to the occasion despite always having an uneasy alliance. The extras include some never before seen footage, three featurettes, a gag reel and deleted scenes.

SECRET LIFE OF THE AMERICAN TEENAGER: VOLUME SIX – Not sure how secret the lives of the so-called teenagers in this series is after six volumes on DVD but in order to ramp you up with the upcoming season, here’s a chance to relive the moments you either already have seen or missed out on. Of course, much of the series revolves around teen pregnancy and teens having sex which is controversial for some, realistic for others. Regardless of how you believe, it is pretty good drama.

TRANSFORMERS BEAST WARS: SEASON ONE – The saga of the Maximals and the evil Predacons comes home for the first time on DVD in its 15th anniversary from being on the air. Disguised as some of the biggest and fiercest animals on the planet, they wage war. One to keep the peace, the other to dominate the Earth. The first season includes all 26 episodes from the first season on four discs. The entire series is also available on DVD this week as well collecting all three seasons from the animated series. 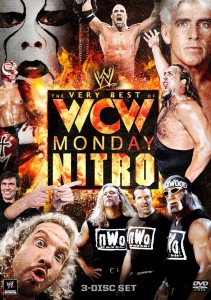 THE VERY BEST OF WCW MONDAY NITRO – This is a DVD that a lot of wrestling fans have been asking for. The best of the competing program that faces the WWE for a long time before ultimately getting bought out by the very company they were competing against. In this three-disc set you get a handful of cool matches from the early days of the show including the debut of Scott Hall and Kevin Nash and the formation of the NWO, Sting’s big push against the organization, the cruiserweights rise, the Bischoff and Russo era, Goldberg and much more.