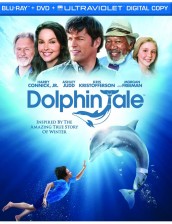 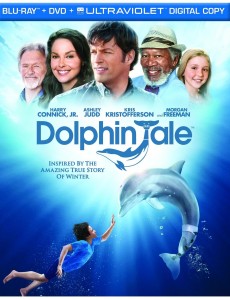 DOLPHIN TALE – I’m not the biggest fan of feel good movies but even my cold, black heart can enjoy a sweet tale about a lonely young boy that finds a calling in helping an injured dolphin that is missing a tale and was rescued. The movie focuses on the boy’s and marine rescue doctor (Harry Connick Jr.) struggles to save the life of the dolphin while dealing with numerous hardships that face his own family. The cast keeps it all together and it is a touching tale based on real events that will be enjoyed by adults and children all the same. 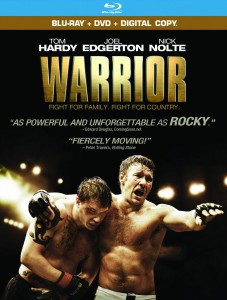 WARRIOR – Most mixed martial arts (MMA) films either have to deal with some dude that was wronged and is looking to get back at the wrongdoers or they must fight because they have no other discernible qualities beyond fighting. This one is totally different. It is a tale of two brothers that have grown apart and fight in a tournament competing against each other. All of the family troubles and the differences between the two come to a head including a number of past mistakes and regrets by both brothers. What we end up with is not so much a sports film but an emotional flick that is strong with family bonds and a lesson in how to forgive and grow closer. 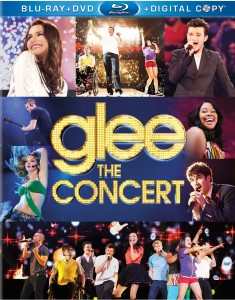 GLEE: THE CONCERT MOVIE – Obviously, if you are a fan of the television show this will be a film that you will want to check out as you will get more of the same musical numbers and popular mashups of popular songs that the show has. In it contains some 20-plus songs that the cast from the show performs along with a number of special appearances from special guests that have appeared on the show including Gwyneth Paltrow and The Warblers. Yeah, much of the show is lip synched but what do you expect from a show that is so highly studio driven in terms of the music. Again, not for non-fans but fans will enjoy. 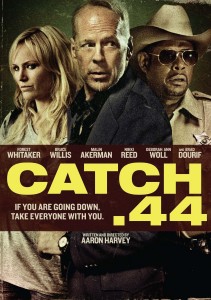 CATCH .44 – An all-star cast bring a pretty entertaining film to Blu-ray and DVD about drugs, dealers and a whole a host of bad things that happen that leads to a number of crazy events. A drug deal that was supposed to be an easy transaction goes bad and no one involved seems to be as they appear and it the job turns into stopping the competition in order to get paid and survive. Starring Forest Whitaker, Bruce Willis, Malin Akerman, Michael Rosenbaum, Deborah Ann Woll, Nikki Reed and more that film has a huge amount of star power to go along with a fun ride. 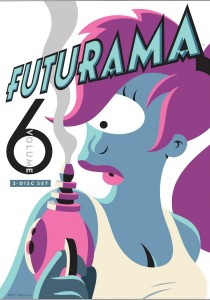 FUTURAMA: VOLUME 6 – When this show went off the air, fans revolted as they didn’t want it to end and lobbied to get it back the same as they did for THE FAMILY GUY and other shows that fans have rallied behind in the past to get back on the air. Now, the fruits of that labor are here in this Volume 6 of the show collecting all 13 episodes that were aired on Comedy Central. Better yet, there are a host of extras that will have fans buzzing including deleted scenes, audio commentaries and a handful of featurettes. 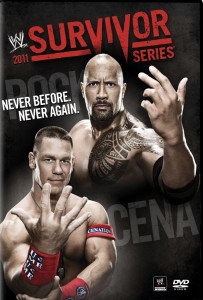 WWE: SURVIVOR SERIES 2011 – The 25th anniversary of the pay-per-view event comes home to DVD and Blu-ray with the first ever teaming of The Rock (Dwyane Johnson) and John Cena against The Miz and R-Truth, as well as matches with CM Punk vs. Alberto Del Rio, Dolph Ziggler vs. John Morrison, Big Show vs. Mark Henry and a traditional SURVIVOR SERIES match with Wade Barrett, Randy Orton, Sheamus and more. If you missed it when it appeared, now is the chance to check it out.