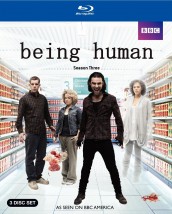 Also worth checking out: THE GREEN HORNET, THE DILEMMA, IDENTITY, MURDOCH MYSTERIES : SEASON 3 and more 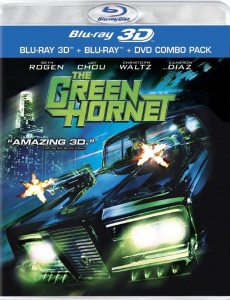 GREEN HORNET – You’d think that given the talent involved in this action-comedy that it would be better than what was put on the screen. Jay Chou as Kato, Seth Rogen as the masked crime-fighter and some of the writers from SUPERBAD. Unfortunately, it never pays off. At some point you want the film to actually get somewhere or be as clever as it is billed to be. It doesn’t happen as the plot goes in every direction but the one you want it to go in. Yeah it is a decent homage to the franchise but it gets lost along the way. 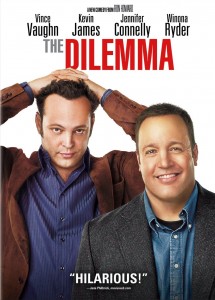 THE DILEMMA – You may have missed this title in the theaters given it was there and gone in a manner of a week’s time. However, it is a decent comedy with some pretty good moments with Vince Vaughn and Kevin James that have a decidedly interesting relationship. The dilemma itself is involves Vaughn’s character learning that James’ wife is fooling around on him. But does he tell him and when is the best time to drop such a revealing and emotional bit of news? A dilemma indeed. Not a bad comedy by director Ron Howard and worth a rental at best. 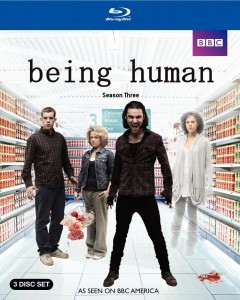 BEING HUMAN: SEASON THREE – The BBC import is all that is good about the series and nothing that is bad about the U.S. version. Those not associated with the series it revolves around a vampire, a ghost and two werewolves trying to live their lives in a world filled with supernatural beings. Whereas many of those they run up against are anything but human, the core group is sometimes more human than the regular people they run up against. This season begins with Annie (the lovely Lenora Crichlow) stuck in Purgatory, George (Russell Tovey),  Mitchell (Aidan Turner) and Nina (Sinead Keenan) looking for a new place to live after fleeing the house that occupied them in the first season. But the biggest return of all is that of dead-vamp Herrick (Jason Watkins) who seemingly has lost his memory but his evil remains and may just be playing the group for a fool. Good stuff and gears up the show for a strong fourth season. 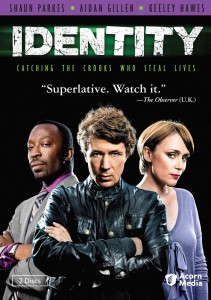 IDENTITY – A modern spin on crime fighting as this six-episode series focuses on identity thieves. A core group of cops goes about learning where there are thieves happening and works to discover the secrets either by identifying if someone is lying through tact or using violence to get answers. Each episode focuses on a different case including the first episode about a criminal that steals identities to punish the people rather than exploit them for money. Other episodes include desperate mothers, heartless businessmen and fugitives. There are other subplots as well such as one of the cops involvement in the Turkish mob (but is it just a cover?) and the inner struggles of the group to stay intact. A really good series worth checking out for sure. 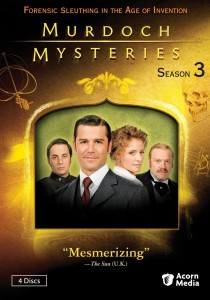 MURDOCH MYSTERIES: SEASON 3 – Based on the novels by Maureen Jennings, the British import is more of a sophisticated type mystery series about a Toronto police detective that uses a pathologist to solve crime using a number of different and impressive techniques. Because the show is set in the past, Murdoch gets to team up with a number of novel associates include H.G. Wells and Nikola Tesla in this season. The DVD and Blu-ray includes all 13 episodes from the third season along with a behind-the-scenes featurettes, an alternate ending and more.

MAKE IT OR BREAK IT: SEASON TWO, VOLUME THREE – The ABC Family show that is based on the film STICK IT returns for the third time on DVD in just its second season. Now, I hate the fact that studios break up seasons of a show into two parts, but three? That’s outrageous. No matter how good a show is, the fans shouldn’t have to shell out three times just to get one season. It’s ridiculous.