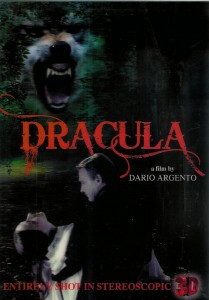 Many have dipped into the Bram Stoker well in re-inventing the classic   fable, but now giallo master Dario Argento is taking his bite out of the vampire legend with his latest film – DRACULA 3D

The film, shot in stereoscopic 3D, was teased to potential AMERICAN FILM MARKET buyers this year with a 30-minute show reel, and it definitely created a large amount of buzz at the 2011 event.

With a look and feel of the old Hammer Films, this DRACULA features many of Argento’s stables – hardcore gore, sexy femmes and an unmistakable shooting style.

Producer Roberto Di Girolamo spoke with ASSIGNMENT X at the market and explains that the film, which stars Rutger Hauer as Van Helsing and Thomas Kretschmann as Dracula, sticks pretty close to the Stoker novel.

“Dario wanted to make the picture more based on the book,” says Di Girolamo

Shooting a horror film in stereoscopic 3D is a rarity, but Di Girolamo feels this is what separates this film from the pack.

“It was complicated making it in 3D, but at the end, we found very good stuff to do for 3D,” says Di Girolamo. “3D gives a thriller more of a sensation. This is really good 3D. We worked with Technicolor and the material we’re sent them, they’ve said is ‘excellent.’ They said they never saw 3D like this. There is not one frame that isn’t in 3D.” 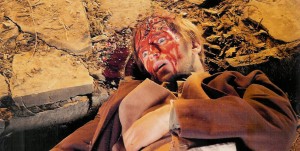 A co-production with Italy, Spain and France DRACULA 3D has been sold to many territories, but a U.S. distributor has not been sealed just yet.

“We have some offers for picture in U.S. but as far as theatrical distribution, it’s not easy to say how many prints,” says Di Girolamo. “In U.S. it’s possible to make 10 prints or 2000. We really want to find the U.S. distributor that can make a big splash, because it’s good for this kind of picture.”