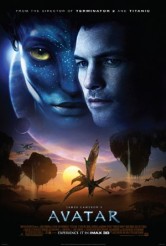 Dear Hollywood, not every movie needs to be in 3-D. Sincerely, The Dork Side

I blame AVATAR for this whole thing.

AVATAR, you owe the world an apology. You came out last year with the most amazing 3-D and now every crapsterpiece movie that comes out is in 3-D. Sure, there were movies that did 3-D before AVATAR, and some of them did it well (CORALINE). But ever since AVATAR the movie studios have started releasing even more movies in 3-D hoping to capture some of those unobtainum dollars. But, really, none of those movies put in the time, effort and money to look as great as the 3-D in AVATAR did.

Don’t believe me? I present exhibit A: 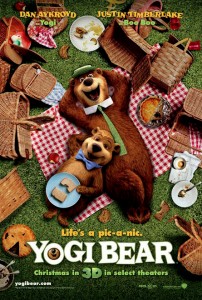 He's smarter than the average movie-goer.

Seriously, who thought YOGI BEAR was a good idea? And why in 3-D?

“The 3-D is awesome! It was like Yogi Bear came right off the screen and stole $15 out of my wallet plus the 82 minutes of my life I will never get back.”

Here’s a sampling of the movies that came out in 3-D in the past year:

I think we all remember where we were when LEGENDS OF THE GUARDIAN: THE OWLS OF GA’HOOLE came out. What an awesome 3-D event that was, am I right, folks?!

On that list, maybe one or two of them benefited from 3-D. The rest just gave you a headache or made you nauseous or distracted you from the movie, and – best of all – you paid for it. Sucker!

Look, I’m all for progress. There were folks in Hollywood that thought sound in movies was a bad idea and then color, etc. I’m not saying that filmmakers should never use 3-D. I’m not saying that 3-D is evil. Like every good nerd, I have high hopes for TRON: LEGACY. (I’m not made of stone, people.) What I’m saying is, I wish movie studios would stop abusing 3-D. Movie studios, if you are going to use it, use it right. Make the movie-going experience better. Don’t just slap it in there. Using 3-D is not going to mask the fact that you have a crappy script or that you thought hiring Megan Fox was a good idea.

Tags: 3-D, Alice in Wonderland, Avatar, Cats & Dogs: The Revenge Of Kitty Galore, Clash of the Titans, Despicable Me, How to Train Your Dragon, Jackass 3-d, Legends Of The Guardian: The Owls Of Ga’hoole, Megamind, Piranha 3-D, Saw 3-D, Shrek Ever After, Step Up 3-D, The Dork Side, The Last Airbender, Toy Story 3, Yogi Bear