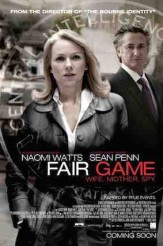 The director/producer tells us why he loves spies so much

Doug Liman could be dubbed the “spy guy” of producer/directors. True, his first feature film as a director was SWINGERS and he’s delved into other genres with GO and JUMPER, but his helming of THE BOURNE IDENTITY and MR. AND MRS. SMITH indicate a predilection for the world of people pretending to be what they’re not. 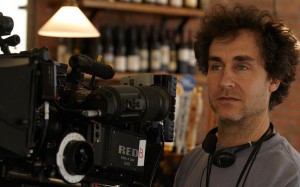 Currently, Liman’s latest feature as director/ producer is in theatres. FAIR GAME tells the story of real-life CIA agent Valerie Plame, played by Naomi Watts, whose cover was blown by American government officials to punish her diplomat husband Joseph Wilson, played by Sean Penn, for his opposition to the invasion of Iraq.

On television, Liman’s series COVERT AFFAIRS, starring Piper Perabo as novice CIA agent Annie Walker, was such a hit for the USA network that it was picked up for a second season after only two episodes had aired. Liman talks to us about his love of all things cloak and dagger.

DOUG LIMAN: I’m obviously fascinated with spies. I may be overdosing on spies, but I just don’t tire of it. I’ve lately become really fascinated with the human side of spycraft. The same thing that you see the American people, when suddenly the story comes out about the spies along the Hudson, and you’re like, “They have families and kids, and do the kids know the parents are spies, or not know?” I find that aspect of being a spy almost more interesting than the things they do at work that maybe save the planet.

AX: Do you know what it is that appeals to you so much about that subject matter? 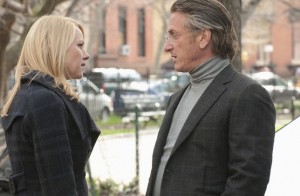 DOUG LIMAN: I think there’s some primal thing in us, not just me, about the appeal of being able to lead a double life, the appeal of sort of being able to step out of your skin and just play being somebody else, and there’s something clearly deeply psychologically fascinating and compelling about that kind of role-playing. So I’m definitely drawn to that. I just did all this research for [FAIR GAME], so I spent the last couple of years with real spies. [A lot of] that material ended up going into COVERT AFFAIRS and the thing I found most fascinating was just, how do these people maintain their personal lives?

When I was doing BOURNE IDENTITY, I started that project with an attitude that I was going to be anti-James Bond. I had a specific mantra, which was, you never see James Bond pay a phone bill. He’s done twenty movies and you’ve never seen him have to pay a phone bill. I fixated on that one thing. Obviously, that’s a euphemism for everything, but I said, “BOURNE IDENTITY is going to be a film [where] our character lives in the real world where you actually do have bills you have to pay.”

And I realized as I got deeper into this world preparing for COVERT AFFAIRS how superficial that approach was. Much more compelling than, say, that you’re in the real world and you have bills to pay and you’re on a government salary is that you have friendships to maintain and [your friends] don’t know what you do for a living, so if you’re lying to your friend  – when Valerie Plame was outed after twenty years, her friends discovered that for twenty years, she had been lying to them and suddenly, she’s having to re-explore those friendships because of the question of, do we even have a friendship? What was real and what wasn’t real? Because if something so fundamental as, what do you actually do for a living was a complete lie, how many other lies were associated with that? It’s really interesting to now explore the other side of that [in COVERT AFFAIRS] and start with Piper [Perabo]. We see her literally on Day One and you see where she could end up [like] Valerie Plame twenty years later, and I feel like I just had a unique perspective on the human side and the human toll of being a spy.

AX: With COVERT AFFAIRS, did you create the series, or was the script given to you and you just thought it was a great idea?

LIMAN: We created it at my company. I really wanted to do a show that explored the human side [of being a spy].

AX: Was COVERT AFFAIRS developed under the auspices of USA?

LIMAN: Yeah, although over quite a long period of time, which is amazing about USA –the promotion that  [the network provided for the show] not only exceeds anything that any other network has ever given me, it exceeds anything any movie studio has ever given me. The thing about USA is, they do things on their own schedule, they don’t fit some cookie cutter mold that everybody else does. And so we worked on the scripts and the project for a much longer period of time than the networks normally do. The networks, it’s like, you start in September, they pick it in February. Some projects just need a little bit more time to gestate and USA can accommodate that.

AX: How did you arrive at Piper Perabo as your leading lady? 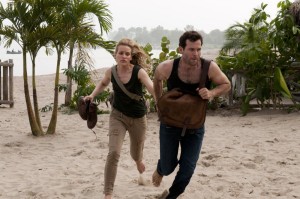 LIMAN: She tries so hard. The thing that makes her so appealing to both men and women is, it’s not that things actually come so easily to her. She tries really hard and that’s so critical to that character. I didn’t want somebody who happened to just be naturally good at things. Those people aren’t as interesting to me. The people who are interesting to me are the people who are pretty good and then try really, really hard to be great and make mistakes. And there’s just no one better at making a mistake than Piper and you just go with it and root for her. The other thing is, she brings humor and I come from an environment in my family where in the darkest moments, when people were sick or dying, humor was always invoked. I feel like humor is just really important to me personally and I really wanted to have a lead character who had a sense of humor.

AX: Have you directed any episodes?

LIMAN: No, but I work with the directors on the action sequences.

AX: How do you feel about the arc of the first season of COVERT AFFAIRS?

LIMAN: I’m really excited about our finale, because it answers the question that was posed at the very beginning of the season, in the pilot, when Annie Walker is asked, “If you join the CIA, will you be able to keep your personal and your professional lives apart?” And she says, “Yes, absolutely.” And that is put to the test in the most extreme way in the finale, so I’m just really proud of how coherent this first season is.