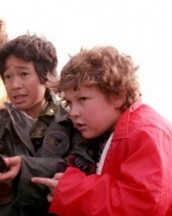 It’s 25 Years later (and a new Blu-ray release to add to the mix) and the boys that played Data and Chunk, respectively, chat about that seminal kid’s film 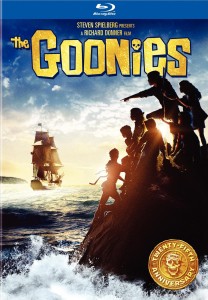 It’s hard to believe that THE GOONIES is celebrating its 25th Anniversary (it has a brand-new Blu-ray set to prove it), so it was time to chat with actors Ke Huy Quan and Jeff Cohen who starred in that seminal film.

Quan played gadget man Data, while Cohen was Chunk who became infamous for the “Truffle Shuffle” dance he did in the movie. The story was a pint-sized version of the INDIANA JONES saga, as a group of kids find a treasure map and go on an adventure in the bowels of their own home town.

Both Quan and Cohen had a lot to say about that defining experience and we got them to Take Five with us.

TAKE 1:
Did you feel you were acting in the film or were you just being yourselves?

HAUN: That’s what made THE GOONIES work so well too. We weren’t a bunch of Hollywood actors, getting together, and playing a part. We were being ourselves and it’s to [Director] Dick [Donner’s] credit. He didn’t give us a lot of directions, he let us be who we are, and let us be kids. As long as we didn’t forget a line or go out of frame, he would just let the camera role and play with each other and have fun. That’s why it didn’t feel like work when we were shooting the movie, we just had a good time. 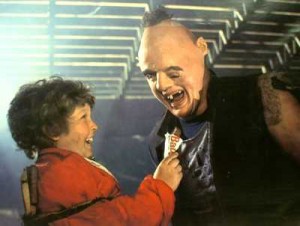 COHEN: I think if you look at all of Dick Donner’s movies, it’s verisimilitude, which is “the truth.” That’s his thing. It’s written on the wall in his office. With Donner’s movies, whether it’s SUPERMAN or GOONIES or OMEN, you have a fantastic situation of people behaving how you would behave if you got this crazy treasure map or this guy could fly or maybe the kid is the son of Satan. So I owe it to Donner for letting us curse, like kids curse. To let us develop our relationships amongst each other as kids.

HUAN: I don’t remember the script having so much dialogue. We knew what the scene was about, we showed up and just started talking.

TAKE 2:
Have these roles followed you around throughout life? 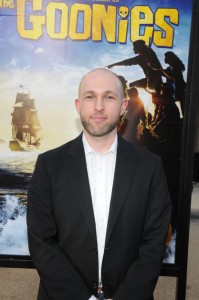 COHEN: I went to Berkeley for undergraduate, and I was this thing called the Mike Man. I was not a cheerleader, but I did the cheers. I have a microphone and I did the cheers in the student section for football games and basketball games, etc. Football games at Berkeley are enormous. There are 15,000 people in the student section about 100,000 in the Stadium. I was excited, I moved away from L.A. I’m studying political science and business. I get up in my outfit, I have my microphone, my cow hat and I get ready to do my first “Go Bears” cheer, and the drunkest frat guy in last row yells out “Truffle Shuffle.” It’s kind of intimidating, it’s 15,000 people, first day on the job. I get ready for the next “go bears,” and then ten people in back going “Truffle Shuffle.” And eventually, you know when the full marching band starts doing “Truffle … Shuffle,” you’re going to have to do it. People bugged me for doing the “Truffle Shuffle” for years after GOONIES, but I would never do it, and I knew at that moment, if I didn’t, they would probably just beat the sh*t out of me. I rose my hands, everybody quieted down, I did the “Truffle Shuffle” and everybody went insane and basically every football game, they would start chanting “Truffle Shuffle” and I would have to do it.

TAKE 3:
Did you miss the octopus being in the movie?

HAUN: It looked a bit too mechanical at the time. It’s funny too, if I didn’t ad lib that one line [about the octopus], nobody would have ever noticed we shot an octopus.

TAKE 4:
Are you surprised it’s endured all these years?

COHEN: I am happy and surprised it lasted. There are some things about it that are so ‘80s and period, but I attribute it to Dick where he let kids be kids, there is something that resonates. On TV, they’ll show the original WILLY WONKA AND THE CHOCOLATE FACTORY and then they’ll show GOONIES and something else, so it’s really lasted as a film. 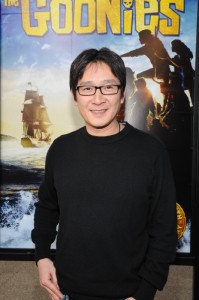 TAKE 5:
Ke, do you get more noticed for INDIANA JONES AND THE TEMPLE OF DOOM or THE GOONIES?

HUAN: TEMPLE OF DOOM was a great movie, and a lot of people come up to me, but I realize GOONIES has made a much bigger impact on their youth. They enjoyed both movies, but they always come up to me saying “Oh my god, you don’t know how crazy we are about the GOONIES.” A lot of people who saw it in theaters were in the 30s and 40s and are now introducing the movie to their kids and hopefully their grandkids, and as we see, “Goonies Never Die” so hopefully the movie lives on.