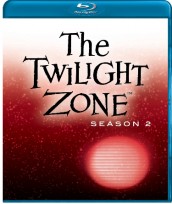 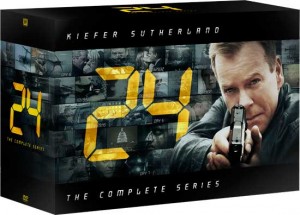 Suggested Retail Price: $349.98
What is It? All eight seasons of the ground-breaking Fox TV series including the 24: REDEMPTION movie (which served as a prequel to Season Seven). Jack Bauer, as played by Kiefer Sutherland, is truly one of the greatest anti-heroes television has ever seen.
Cool Yule Factor: All the special features that were included on previous sets are here, plus a bonus disc exclusive to the Complete Series that includes the 2009 Comic-Con panel, Season 8 Wrap Party reel, a bonus scene of Chloe’s arrest and more.
CLICK HERE to purchase 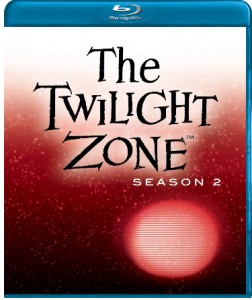 Suggested Retail Price: $99.98 (each)
What is It? Rod Serling’s classic 1960s anthology series had the first two seasons released this year on Blu-ray. Rewatching the episodes, it’s still one of the best and most well-written/acted/directed anthology series ever. There’s very few clunkers in the bunch and the remastered picture reveals how well shot (and thought-out) this series was.
Cool Yule Factor: A few years ago, the DEFINITIVE VERSION of all five seasons was released on DVD, but the Blu-ray ups the ante with old and new bonus features – most notable the exhaustive commentaries.
CLICK HERE to purchase Season 1 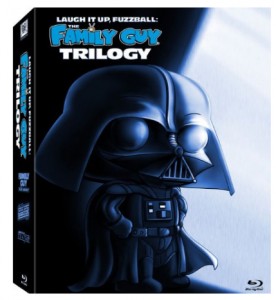 LAUGH IT UP FUZZBALL: THE FAMILY GUY TRILOGY

Suggested Retail Price: $39.99
What is It? All three FAMILY GUY parodies of the original STAR WARS trilogy are here including BLUE HARVEST, SOMETHING SOMETHING SOMETHING DARK SIDE and the recently released RETURN OF THE JEDI riff IT’S A TRAP.
Cool Yule Factor: The FAMILY GUY panel at the 2010 Comic-Con is part of the additional bonus features as well as deleted scenes. Think of it as the alternative trilogy to the original STAR WARS saga
CLICK HERE to purchase 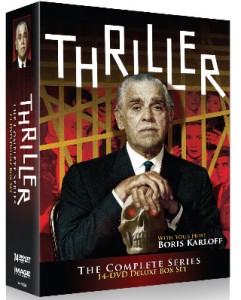 Suggested Retail Price: $149.98
What is It? Boris Karloff served as narrator (and occasional star) of this two season anthology series that tried to give both TWILIGHT ZONE and ALFRED HITCHCOCK PRESENTS a run for their money. While TWILIGHT ZONE still remains the champion in this category, THRILLER is still a superb anthology series as well. More horror and crime-thriller based than ZONE, these 67 episodes are remastered and finally available in one big box set.
Cool Yule Factor: Commentaries make this a worthy investment as well as the rare episode promos.
CLICK HERE to purchase 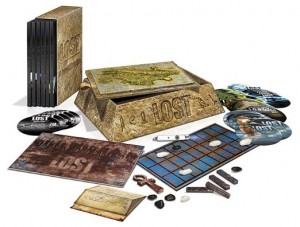 Suggested Retail Price: $279.99
What is It? An ambitious box set of ABC’s perplexing and popular series about plane crash survivors trying to figure out the mysteries of the strange island they’ve landed on. All six seasons are here and fans can now do a marathon session to find out if the mythology (and its pay-off) does completely track from beginning to end.
Cool Yule Factor: Endless bonus material and the LOST Senet game (viewed in Season 6). The packaging ain’t too shabby either. Like TWIN PEAKS, X-FILES and BUFFY THE VAMPIRE SLAYER before it, LOST will go down as one of the greatest (and most ground-breaking) genre shows ever to make it on network television.
CLICK HERE to purchase 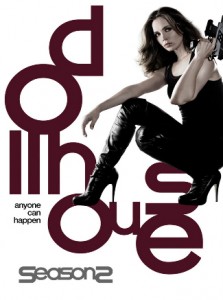 Suggested Retail Price: $59.99
What is It? Joss Whedon’s series completes its abbreviated two-season run with 13 episodes chronicling Echo (Eliza Dushku) a woman whose mind is erased clean and then thrown into an organization that reprograms her brain for individual missions to be other people. When she becomes aware of who she used to be, she (and fellow members within the organization) plan to take it down.
Cool Yule Factor: Season One got the ball rolling, but Season Two was the amazing pay-off. In many ways, knowing the show wasn’t going to make it through a second season gave Whedon and his team the ability to tell some truly wild and original stories set against a semi-futuristic landscape. Commentary, outtakes and deleted scenes make this perfect for Whedon’s devoted fan base and lovers of groundbreaking science-fiction.
CLICK HERE to purchase 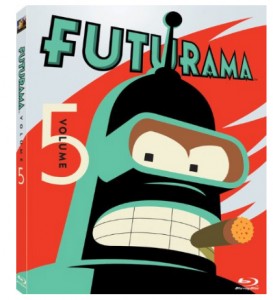 Suggested Retail Price: $39.99
What is It? We’ll give up on figuring out what season number this actually is (even the producers have stopped trying to figure that one out), instead, just enjoy the 13-episode season that just ran on Comedy Central including the hilarious three-story holiday episode. The show is just as sharp as ever parodying iPhone, evolution and more.
Cool Yule Factor: Deleted scenes, commentaries and other nifty bonus features are here, but it’s the episodic openings to the made-for-DVD movies (which were split into three, half-hour episodes apiece) that make this set a must for FUTURAMA fans.
CLICK HERE to purchase 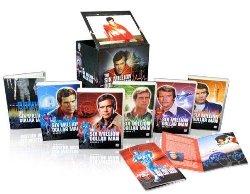 Suggested Retail Price: $239.99
What is It? We can rebuild him! And Time Life has done a great job of rebuilding this series and offering it up as a complete collection. The complete collection of the classic action series contains a whopping 40 discs featuring all of the episodes from the TV series as well as the three movies that originally kicked off the series. All remastered, the series probably looks the best it probably ever has.
Cool Yule Factor: Five discs of special features. That’s right, five! This has just about everything you ever want from the series in terms of the behind the curtain – from its legacy, to the making of, to more. Great stuff.
CLICK HERE to purchase

THE A-TEAM – THE COMPLETE SERIES

Suggested Retail Price: $149.98
What is It? The movie may have come out recently, but for fans of the show this is the granddaddy of them all. The full set of the TV series in one spot. Every episode from all five seasons are included in this set as well as the TV flashback and more.
Cool Yule Factor: The limited edition comes in a cool box shaped as BA’s classic black and red van that was a staple of the show.
CLICK HERE to purchase 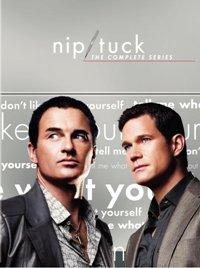 Suggested Retail Price: $198.99
What is It? The weird and brutal series that focused on a pair of plastic surgeons that offer virtually any kind of surgery to a variety of clients is offered here in a complete collection collecting all 100 episodes from the six seasons shown on FX.
Cool Yule Factor: Along with the episodes, all of the bonus features that were included with the original sets are here, so you aren’t missing anything if you held out for the complete collection.
CLICK HERE to purchase