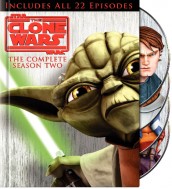 THE FORCE UNLEASHED 2 game, AT-AT vehicle, THE CLONE WARS - SEASON 2 DVD and more items to send you into hyper drive 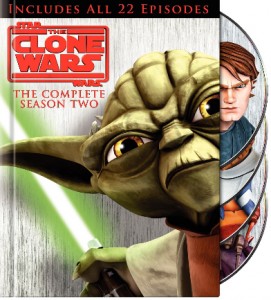 Suggested Retail Price: $44.98 (DVD), $59.98 (Blu-ray)
What is It? George Lucas continues to fill in the gaps between ATTACK OF THE CLONES and REVENGE OF THE SITH with this superb animated series featuring returning favorites like Yoda, Anakin and Obi-wan while also introducing a whole slew of new and engaging players such as Season Two’s memorable villain Cad Bane.
Cool Yule Factor: Early animation tests, a 68 page journal and behind-the-scenes featurettes make this set on par with last year’s already excellent Season One set. Available on DVD and Blu-ray
CLICK HERE to purchase 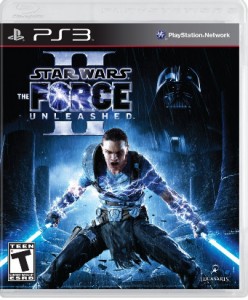 Suggested Retail Price: $29.99 – $59.99
Platforms: PS3, Wii, Nintendo DS, XBOX 360, PC
What is It? A sequel to the amazing LucasArts game from 2008 which is set between REVENGE OF THE SITH and A NEW HOPE as Darth Vader’s new apprentice Starkiller escapes his clutches and goes on a whole new adventure in search of his identity.
Cool Yule Factor: While we love the LEGO STAR WARS games for their humorous authenticity, THE FORCE UNLEASHED is about as close to actual Jedi play that you’re going to get. The graphics are incredible and the game play perfect – especially for fans wanting to fill in some of the gaps between trilogies. LucasArts outdoes themselves again.
CLICK HERE to purchase 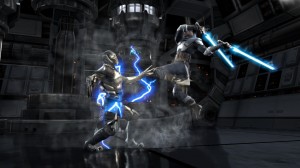 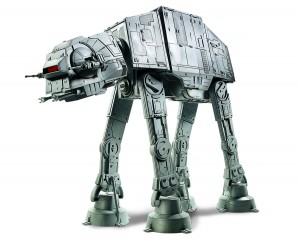 Suggested Retail Price: $99.99
What is It? The STAR WARS universe has had many cool vehicles during its six-episode run, but for fans who grew up with the original trilogy, THE EMPIRE STRIKES BACK AT-AT is the crown jewel. This snow walker is just so magnificent and towering (plus it’s at the center of one of the coolest battles in the entire STAR WARS trilogy), that it was a matter of time before technology could catch up with the imaginations of toy collectors and kids.
Cool Yule Factor: Compared to recent STAR WARS deluxe vehicles, this is a bargain (if you can find it), and it features sounds, lights and dialogue from the movie. Plus, if you don’t have a carrying case for your figures, this thing stores up to 20 action figures. They even throw in a Hoth Imperial speeder bike and am AT-AT driver action figure too. Purchase some additional action figures from the recent retro line of EMPIRE STRIKES BACK, and you have the full-on STAR WARS experience (young or old).
CLICK HERE to purchase 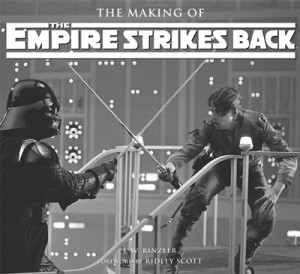 The Making of EMPIRE STRIKES BACK by J.W. Rinzler

THE MAKING OF THE EMPIRE STRIKES BACK by J.W. Rinzler

Suggested Retail Price: $85.00
What is it? The follow-up to the Rinzler STAR WARS making of book, this time features everything you want to know about the fan favorite of all the STAR WARS films. It’s 362 pages and has everything from concept art to obscure trivia about the making of the film.
Cool Yule Factor: Filmmaker Ridley Scott offers up a foreword, which is cool unto itself, but it’s the wealth of archival material that Rinzler was able to mine from the Lucasfilm archives that makes this a boon for fans everywhere.
CLICK HERE to purchase 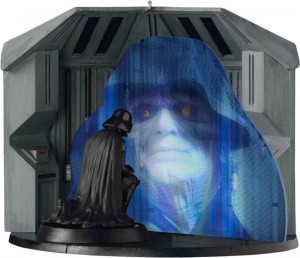 Suggested Retail Price: $14.95-$29.95
What is it? Every year Hallmark outdoes themselves with an eclectic mix of pop culture “Keepsakes” ornaments focusing on different pop culture properties and STAR WARS is usually in the mix. This year, like everyone else, it celebrates the 30th Anniversary of THE EMPIRE STRIKES BACK with three very cool “Keepsakes” (they are essentially ornaments but they do more than just hang – they usually incorporate special lights, sounds and other neat enhancements).
Cool Yule Factor: If you like figures for your tree, Boba Fett and Han Solo (in carbonite) is totally sweet, the Snowspeeder lights up and then there’s something called “His Masters Bidding” that features Darth Vader bowing to the Emperor’s image on a big screen. For a STAR WARS fan, this is the stuff you MUST have hanging from your tree.
CLICK HERE to purchase: