Home » Check out the official trailer for CARS 2 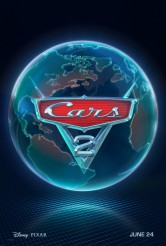 Check out the official trailer for CARS 2

The Pixar/Disney film takes the franchise into spy territory

Next summer, Pixar and Disney will release CARS 2 – the sequel to their 2006 animated hit. Where the first movie was a fish-out-of-water tale of arrogant race car Lightening McQueen (voice of Owen Wilson) who learns about taking it easy, taking responsibility and helping others, the latest film takes McQueen and tow truck Mater overseas where they become spies.

Check out the new trailer released today and the brand new teaser poster above.