photo courtesy Paul Zimmerman
King Street, Toronto. The road is blocked off for several theater premiers, open to the public.

A Photographic Scrapbook Tour With Travel and Screening Tips

Dateline Toronto. In other posts I talk about the films I saw, the big buzz, the big stars and big awards. Here are some tips from a veteran. Director David Cronenberg famously called Toronto Ontario, Canada the best run big city in North America. He was right then and he’s right now. Here’s some behind the scenes photos (exclusive to Assignment X) with some observations. 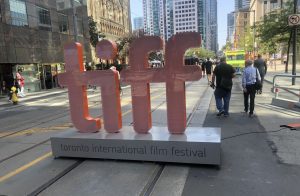 King Street, Toronto. The road is blocked off for several blocks but open to the public. 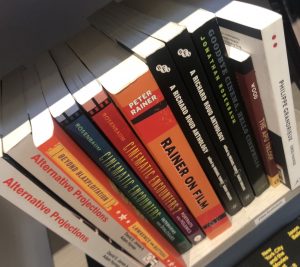 The gift shop in the TIFF Lightbox film center. Ever notice how many film critics last name starts with an R? 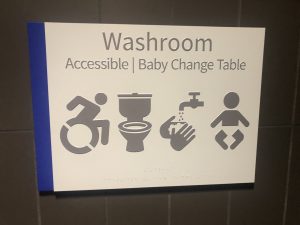 Mass transit is a thing of wonder in Toronto. Subways, street cars, cabs. In past years if you flew into Toronto’s Pearson airport you still had an hour in cross town traffic to the festival. Pro tip: for less than $5 you can take the subway from the airport to downtown in about have the time for what’s about 1/20th in what you’d pay for a car service. Thinking about bus into town? You’re still stuck in traffic, just like that $75 Uber. 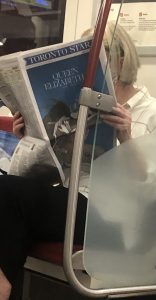 Every September international news hits just as the festival gets going. The biggest? 9/11 2001. The festival was shut down and then reopened. This year it was the death of Queen Elizabeth. 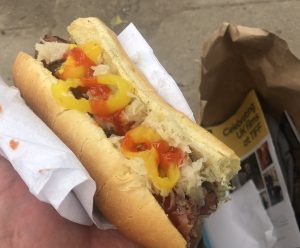 You’re gonna have to hurry to that next screening. No time? No problem, street dogs are available on every corner. 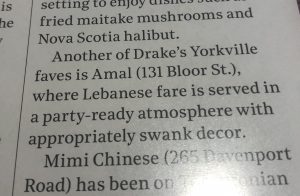 Toronto has some of the best and most diverse restaurants in North America. Be sure and journey behind the festival to places like Chinatown and waterfront fresh seafood joints. And the stars have to eat too, above is where you might find singer/actor Drake. Pro tip: on a budget? Skip the King Street eateries by going one major street north to Queen street for some tasty bargains. 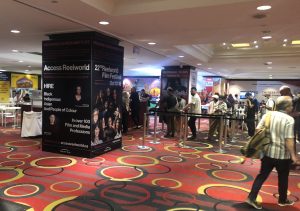 The Press and Industry area in the Hyatt Regency on King Street. A place to pick up hard tickets and try to make sense of the madness. 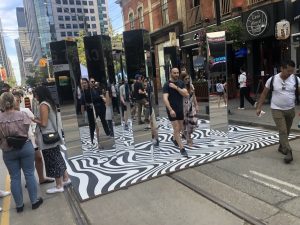 TIFF is known as the people’s festival. So even if you don’t have a pass to everything there’s plenty of art installations and entertainment on the street. 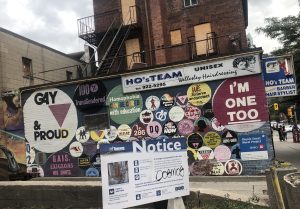 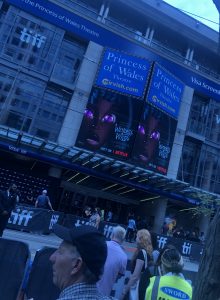 The Prince of Wales Theatre, sight of many red carpet premieres. 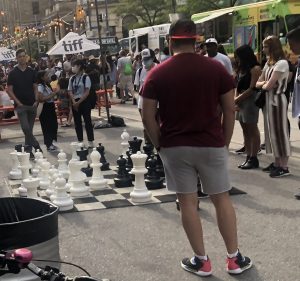 Games are afoot, even in the streets. 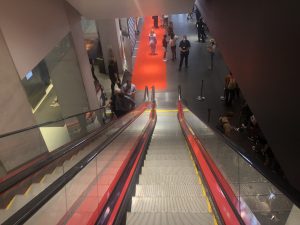 The epic escalator at the TIFF Bell Lightbox film center. The heart and center of the festival with several theaters, actor and director Q&As and special presentations. 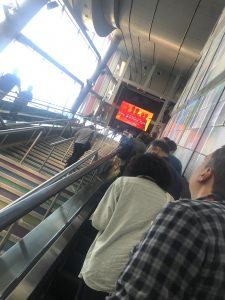 Cineplex Scotia Bank’s 14 screen theater. Pro tip: not digging that film? Leave. Once I left a film only to wander accidentally into TIGERLAND and discover a new actor, Colin Farrell. Note: If you are press and you leave it goes to a database publicists can view. (Yeah, I’ve been caught before.) 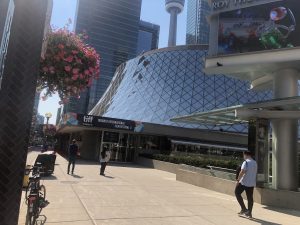 The massive Roy Thomson Hall site of the biggest premieres. Seats 2,630 guests. Some years back the BORAT premiere featured Sasha Baron Cohen entering the red carpet on an ox cart pulled by women. 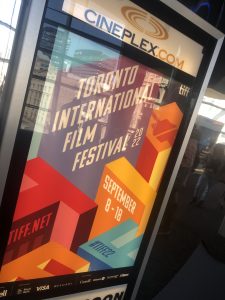