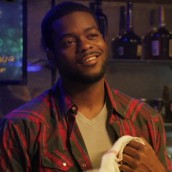 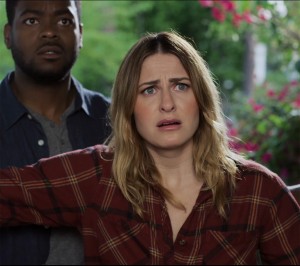 FRAMED BY MY SISTER premieres Friday, February 25, on Lifetime Movie Network. The thriller stars Scout Taylor-Compton as triplets, one of whom wants to take over the life of a wealthier sibling by framing third sister Raina for murder.

TK Richardson co-stars as Raina’s best friend and potential love interest Joey, a bar owner who believes in the young woman even when she doubts herself.

In an exclusive interview, Richardson talks about his work on FRAMED BY MY SISTER. 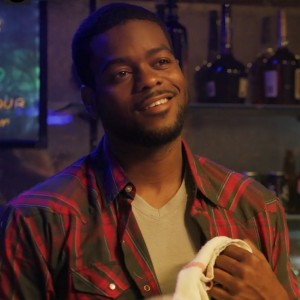 ASSIGNMENT X: How did you become involved with FRAMED BY MY SISTER?

TK RICHARDSON: Well, one day I checked my email and saw that I had an appointment from casting director Cambria Hankin, who stated that [director] Anthony [C. Ferrante] and [line] producer Jarrett Furst wanted me to put myself on tape for the role of Joey. I started to wonder, how does Ferrante know about li’l ole me [laughs], so I started to do some research and realized he’s the director of the SHARKNADO franchise which I believe is under [the production company] Asylum. I worked on the movie SINBAD AND THE WAR OF THE FURIES by [writer] Scotty Mullen, which also is under Asylum. So maybe it’s a connection there. But I turned in my tape the next day and was offered the role. 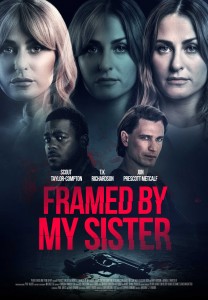 FRAMED BY MY SISTER Movie Poster | ©2022 Reel One Entertainment

AX: How would you describe your character? What type of person is he?

RICHARDSON: I would describe Joey as a very compassionate and loving guy. He’s a person who cherishes family and relationships and being there for his loved ones, no matter what it takes. Also “patient” is definitely a word to describe Joey.

AX: Did you have to work with the VFX team at all when more than one sister was in a scene? If so, how was that?

RICHARDSON: In a way, I worked with the VFX team, but not in the manner that Scout did. If Scout and her twin were in the same scene, my job was to make sure not to move out of frame much [and to] remember my movement. I would do several takes with Scout, while she switched back and forth between sisters and the body double. It was pretty cool to watch. 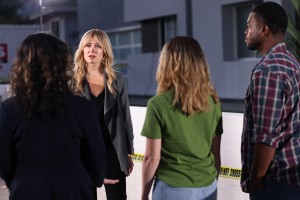 AX: Did you have to learn anything in order to play a bar owner – how to pour drinks, things like that?

RICHARDSON: Not really. I’ve poured a few drinks before, but I’ve also worked as a barback at a club as well, so I’m always observing behavior.

AX: Did you feel a sense of ownership of the bar location?

RICHARDSON: I did. Being behind the bar, the location and the environment helped a lot. Also putting myself in a mindset of how long it may have taken for Joey to own his own bar, gave me a sense of appreciation for the space.

AX: How was working with Scout Taylor-Compton?

RICHARDSON: It was really dope working with Scout. I first saw her work in the Rob Zombie’s HALLOWEEN franchise. So, I was excited to know she was playing the lead in the film. And not gonna lie, I was a little nervous because she’s been in the game for a while, so I didn’t know what to expect. But she’s actually the funniest person on set. Full of energy, never a dull moment, so it made working with her a great experience. 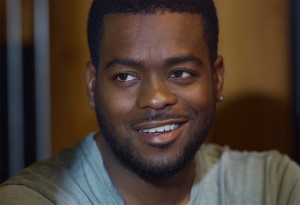 AX: You were in the 9-1-1: LONE STAR pilot. How was that experience? Did you have a sense it would be a hit?

RICHARDSON: Working on 9-1-1: LONE STAR was a great time and an experience. Having the opportunity to work with talents like Rob Lowe and Liv Tyler is something amazing. Watching them go into a zone and producing work like they did gave me more motivation to always give 110%. I felt like when someone like [co-creator] Ryan Murphy, who was set as well, making sure it was a success had his hands in the project, I had no doubt it would be a hit and it was. I believe the pilot episode broke record ratings. 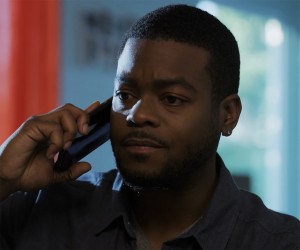 AX: Anything else you’d like to say about FRAMED BY MY SISTER?

RICHARDSON: I just had a really great time. The cast and crew were all great vibes, and I can’t wait to work on more projects like this.