The scoop on the new Showtime thriller series 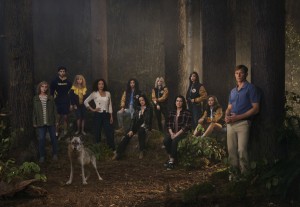 In YELLOWJACKETS, we jump back and forth between twenty-five years ago and the present. In the past, a championship New Jersey high school girls’ soccer team crashed in the wilderness and were stranded for nineteen months. Now, as the survivors get on with their diverse lives, mysterious messages suggest that dangerous truths may come to light.

Warren Kole plays the adult Jeff Sadecki, married to crash survivor Shauna Sheridan, played by Melanie Lynskey. The two were an on-again, off-again couple in high school (played respectively by Jack DePew and Sophie Nėlisse), and now have a teen daughter, Callie (Sarah Desjardins). The marriage is rocky, to say the least, and Jeff and Shauna are in couples therapy together.

Kole, a native of San Antonio, Texas, has had regular or recurring roles on series including 24, MENTAL, THE CHICAGO CODE, COMMON LAW, THE FOLLOWING, STALKER, SHADES OF BLUE, and WHY WOMEN KILL. His feature film work includes COUGAR CLUB, MOTHER’S DAY, THE AVENGERS, and GAME OF ASSASSINS.

In an exclusive conversation via Zoom, Kole talks about portraying an ambivalent family man married to a woman with secrets in YELLOWJACKETS.

ASSIGNMENT X: How did you get involved in YELLOWJACKETS?

WARREN KOLE: I got hold of the script, and I thought it was really interesting. The writing jumped off the page, and I just told everyone that I could that I really wanted to be part of this thing. Fortunately, the creators agreed.

AX: Your character, Jeff Sadecki, has a younger self. Did you and the other actor, Jack DePew, get together and talk about how you were playing him, so that you’d have some commonalities?

KOLE: Unfortunately, we did not. The pilot was filmed a couple of years ago, and by the time I got hold of the script, that had already been said and done, and I just tried to make [Jeff] my own. [In the story], twenty-five years later. I figured, people change. I’ll take my best stab at this guy. And I think it works.

AX: Did you do any research for Jeff, into either what ex-high school jocks are like twenty-five years later, or how to sell furniture, or being the father of a teenage girl …?

KOLE: I have friends who I went to school with that are very similar to Jeff Sadecki, in that they peaked in high school, and now they’re just surviving, and resigned to sort of a certain mediocrity, and a provincial existence. So, I had a lot to draw from there, just from my life. Maybe I was a part of that jock class a little bit when I was in high school, too. 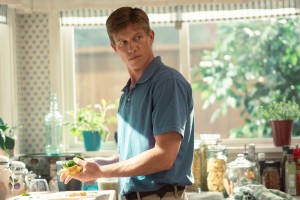 AX: If you started out as an athlete, what drew you to acting?

KOLE: I got a little exasperated with that group of people, and I realized I wasn’t going to be playing anything professionally, and I got a little smaller than everybody else. I was always drawn to storytelling, and so I just jumped out of sports, and jumped into theater in high school and got the bug there.

AX: Did you and Melanie Lynskey get a chance to sit down together and discuss your characters’ marriage, or did you just show up on set and went from there?

KOLE: I came in pretty last-minute on this show [laughs], so I had to show up ready to rock ‘n’ roll. Melanie likes to discover on the set, on the day. I’m happy to do that with her. After reading her method, I went along with it, and we kind of unearthed things together during the scene work.

AX: Did you get to have any input into Jeff, or did you come in so late that the input is all in the nuances of how you play him?

KOLE: My input started with the audition and how I saw this guy. And the creators gave me a lot of freedom to express Jeff honestly, even if it maybe wasn’t there. What they had in mind, they trusted me with the role as soon as they gave it to me, and I really, really appreciate their trust.

AX: Are you doing any kind of a New Jersey accent, or just using your normal speaking voice?

KOLE: I think there’s an essence of the Northeast with Jeff, but I didn’t want to lay on anything too thick in terms of New Jersey, both because I didn’t want to distract from the show, or the performance, and I really wasn’t too confident laying into some kind of JERSEY SHORE sound.

AX: [laughs] Well, the characters don’t seem to be that group of people.

KOLE: Jeff acknowledges the trauma and is very respectful of it. He doesn’t envy Shauna’s position or what she’s been through, he just understands that she carries these traumas today, and as a result, she’s living her adult life with a certain amount of underachievement. 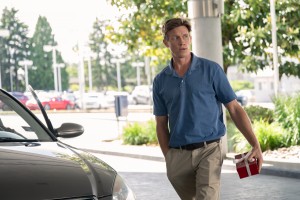 AX: Are we going to find out if Jeff felt a sense of obligation when Shauna came back, like, “Okay, you survived this, so I should marry you”?

KOLE: Shauna and Jeff’s marriage is a complex love, and part of the treat that is this story is kind of understanding it as it unfolds for you, so I really don’t want to divulge too much about the nuances in that, because it’s a good tale to witness.

AX: We know one of the things that seems to have continued from Jeff’s teenage self is that he’s a little bit sneaky when it comes to his sex life?

KOLE: Well, Jeff was part of the elite class in his high school. He was the prom king, he was a jock, he was a lothario then. And he does carry some of those traits with him, or is at least suspected of doing so, yes.

AX: We find out early on that Jeff has sexual fantasies about selling furniture to attractive women customers. What does that tell us about Jeff?

KOLE: Well, the man spends all his days in this furniture store. I’m sure this is a fantasy that he’s wanted to act out for years, and he’s finally got permission to bring it up in the bedroom, so he seizes the opportunity.

AX: Do you think he’s thinking more of, “Oh, I’ve met women that I would have liked to …”, or do you think he likes the power dynamic of, “This is my store, and this is what I’m good at, and that turns me on”?

KOLE: Yeah. He is not an assertive guy in normal life. So, to have a chance to portray someone with some status and with some power, of course, he’s going to get off on that.

AX: Do you have any major scenes with anybody other than Melanie Lynskey?

KOLE: The storyline that takes place present-day, all of the major characters at some point or another start to weave into each other’s lives. So, yes.

AX: You’ve done a lot of things that are either related to police or, more broadly, thrillers – you played a serial killer on MASTERS OF HORROR, and you’ve done SHADES OF BLUE and THE FOLLOWING and 24. Is this a genre that you particularly like, or is this somehow just where you keep getting cast?

KOLE: I am interested in thrillers. I think I’m an actor who’s willing to screw the lid off and just go there, and I’m happy to do that. It’s a fine niche for an actor to find themselves in. But YELLOWJACKETS is a refreshing shift from that for me. I got to stretch out a little bit with Melanie, who was amazing, and we had a lot of fun.

AX: Having played a lot of police and military personnel, is it an interesting change to play somebody where the focus of the role is his marriage?

KOLE: Absolutely. Instead of being identified just by the uniform or the authority of a character, the focus is more on the soul of the guy, and a very domesticated American man. 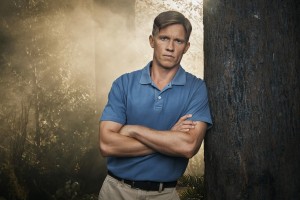 AX: Did you shoot YELLOWJACKETS during COVID?

AX: How was working during COVID?

KOLE: We took every precaution that we possibly could, we were really careful, a testament to all of the COVID officers and the production [personnel] staying on top of that, and we tested regularly, and kept our masks on, and kept our distance, and everything worked out okay. It was a little surreal, but I think everyone was happy to just be on set.

KOLE: We shot in Vancouver.

AX: And what would you most like people to know about YELLOWJACKETS?

KOLE: It’s a good tale. It’s not just a situation, it’s a really compelling story that, boiled down, confronts the traumas of adolescence, and how a lot of us carry them into adulthood.