The actress also chats about ABC's THE ROOKIE 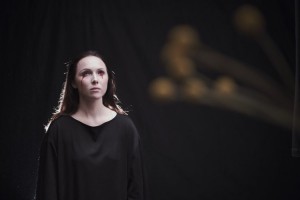 AGNES is a film about a present-day exorcism at a cloistered convent – and what happens afterwards. Molly C. Quinn stars as Mary, a young nun who is the best friend of the possessed Agnes (Hayley McFarland), and whose story we follow most closely in the second half of the movie.

Originally from Texas, Quinn also serves as one of the producers on AGNES, along with her partners in QWGmire (pronounced Quagmire), Elan Gale and Matthew Welty. The film was directed by Oklahoma native Mickey Reece, who wrote the script with John Selvidge. Quinn had previously produced and starred in the 2015 feature WELCOME TO HAPPINESS.

Quinn costarred for the eight-season run of CASTLE (2009-2016) as the teen daughter of Nathan Fillion’s title character. Some of her other credits include DOCTOR SLEEP, THE INBETWEEN, THE FIX, NEWLY SINGLE, THE LAST RAMPAGE, GUARDIANS OF THE GALAXY VOL. 2, and a long-running voice role on THE WINX CLUB. Earlier this year, Quinn guest-starred on Fillion’s current series THE ROOKIE, which was created by former CASTLE co-showrunner Alexi Hawley.

Over a Zoom call, Quinn talks about all things AGNES, as well as her ROOKIE guest spot.

ASSIGNMENT X: You’ve done a couple of other horror projects as an actor. Is this a genre you particularly like, or is this just the jobs you’ve gotten …?

MOLLY C. QUINN: I think it’s something that I particularly like. I think the stories that you can tell under the guise of horror are really varied. There are a lot of subjects you can touch on in the world of horror. So, that’s why I like it a lot.

AX: You’re also a producer on AGNES. Were you instrumental in getting it made, or did you come aboard as an actor, and then take on additional duties?

QUINN: It started at the same time. When I read the script, I was looking to see if it was something we wanted to produce at QWGmire, and if it was something that I would want to star in. And the answer to both those questions was “yes.” So, my partners, Elan Gale and Matthew Welty and I, raised the money ourselves, and met with Mickey Reece the director, watched CLIMATE OF THE HUNTER [the 2019 feature Reece directed and co-wrote with Selvidge], and flew ourselves to Oklahoma City in January, 2020, and got this movie made right before the pandemic.

AX: So, you made it in Oklahoma, and you did not have to deal with COVID protocols?

QUINN: [laughs] No, we did not. We finished right before COVID protocols.

AX: Oklahoma is not a film production hub the way that, say, Atlanta is. Did you have to struggle to find resources, or did your filmmakers know where to go for everything?

QUINN: The great thing about Mickey, who is an Oklahoma City native, he comes with his own creative team, which was part of what really intrigued us into doing AGNES with him. Kaitlin Shelby, who I think has been his set designer for all of his films, is an incredibly talented woman. I think her work [adds] to what makes AGNES so special. She creates such layered sets that feel at once lived-in and familiar, but also alien and kind of terrifying. So, yes. He brought a tremendous crew with him. I wish I could work with them on everything.

AX: What drew you to AGNES as a project? Without spoiling, it has a very unusual structure.

QUINN: [laughs] Oh, you mean in the middle, when we just take you into a completely different movie? Yeah. That’s exactly what we loved. We wanted to deal with what happens post-exorcism, and the people that get caught in the wake. Because in the beginning, you’re focused on Agnes, this poor nun who’s possessed, and these kind of dopey men who think they know how to help, but really don’t, and if anything, they’re phoning it in. We all get caught in Agnes’s wake, and deal with it in very different ways. And that’s what I loved about it. Because you don’t get to see that a lot. You don’t get to see post-exorcism.

AX: Was there anything that you had to learn in order to play Mary, how to genuflect, or how to fold laundry, or …?

QUINN: [laughs] I think the one thing that I spent time really focusing on was the relationship that Mary has to her son. The death that she deals with, the reason she went into the convent, being the loss of her son. So, I’m not a mother. I’ve grown up with kids always being around, my siblings have children, I have friends who have children, and I’m pretty obsessed with mother/child dynamics. So, that’s what I spent the most time doing. I think I read WHAT TO EXPECT WHEN YOU’RE EXPECTING five times getting ready for the movie, because I wanted to understand, to the best of my ability, what your body and what your emotions go through as you bring another life into the world.

AX: How was doing the scenes with the little boy who plays Mary’s son?

QUINN: Joyful. Because that’s what Mary needed to feel, that’s when she was most happy. So, doing those scenes, they were joyous. And I’m saying it in kind of a sad way, because that’s what makes it so sad, is when you experience true happiness, and then it’s so abruptly taken away. It’s crazy-making, which is what you see in the film. You see how Mary is dealing with such deep wells of loss, and how that manifests itself in anger and sadness and despair. 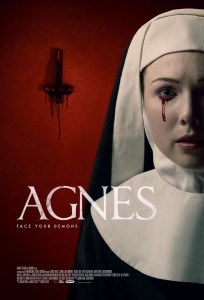 AX: Are we meant to understand from the flying cup and saucer at the beginning that we are looking at an actual supernatural event, and then it gets more ambiguous as it goes, as to the effects on other people?

QUINN: We tried to leave it so it was as individual viewing experience as possible. I think, for me, yes, you are getting examples of classic demonic presence, and then, as the film goes, you are supposed to wonder, did this demon attach itself to Mary, and that’s why her behavior becomes more and more erratic, or was all of this almost a fever dream figment of her imagination, and this is what happens when you don’t deal with your own baggage, when you don’t have people to help you in your life? If you look at the perspective of who’s telling the story, you can be kind of tricked into believing that this could be an unreliable narrator, or it could be completely real. I like to leave that up to the person who’s watching it.

AX: To ask one non-AGNES question, how was it reuniting with Alexi Hawley and Nathan Fillion on THE ROOKIE for that episode?

QUINN: Oh, it was great. My hair was still brown [as it is in AGNES – Quinn’s natural hair color is red], and because of COVID protocols, I had a mask, and a face shield, and I went up to say hi to Nathan before we were shooting our first scene, and he went to introduce himself as if I was a stranger [laughs]. He didn’t recognize me at all. And when I took the mask off, I think it’s the only time I’ve ever actually surprised Nathan. Which is crazy, [because] we’ve known each other for over a decade. 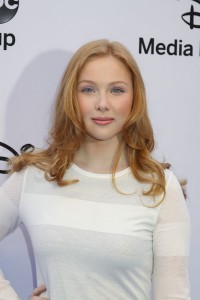 AX: Back to AGNES, how has it been doing the film festival circuit? Has that been mostly virtual, or have you been able to go in person, and what’s the response been like?

QUINN: It’s been all virtual, and it’s been fantastic. I’ve loved the experience. Even though it has all been virtual, that has not taken away from how rewarding it feels to play in Tribeca and Fantasia and Fantastic Fest and Sitges, all these really awesome festivals. So, as fun as it would be to be going in person, it hasn’t taken away from the joy of getting to play in these festivals that I’ve always, quite honestly, wanted to make content that was a part of these lineups.

AX: And what would you most like people to get out of AGNES?

QUINN: I think I would like people to watch AGNES, and maybe start to realize that there are things in their own lives that they haven’t fully dealt with, that maybe they should unpack again, and work out, to live a healthier life. That’s my ultimate hope.