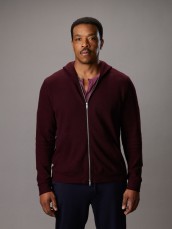 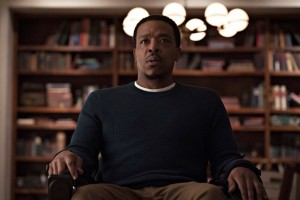 Russell Hornsby as Lincoln Rhyme in LINCOLN RHYME: HUNT FOR THE BONE COLLECTOR – Season 1 – “Til Death Do Us Part” | ©2019 NBC/Virginia Sherwood

NBC’s LINCOLN RHYME: HUNT FOR THE BONE COLLECTOR, now in its first season on Friday nights, is based on the detective novels by Jeffery Deaver. Russell Hornsby stars as the NYPD detective of the title. Lincoln was rendered quadriplegic by the serial killer known as the Bone Collector (Brian F. O’Byrne) and now has mobility only in one hand.

Despite this, Lincoln is determined to track down the murderer. He now has the aid of new NYPD detective Amelia Sachs (Arielle Kebbel) and technology that lets her be Lincoln’s eyes and ears in the field. At the same time, Lincoln is trying to restore his relationship with his teenaged son (Jaiden Walls) and ex-wife (Tawny Cypress). He has also retained the prickly, perfectionist nature that rubs some people the wrong way.

Originally from San Francisco, Hornsby is something of an NBC police veteran, having spent six seasons playing Portland, Oregon Det. Hank Griffin. Hornsby won accolades and awards, including one from the Hollywood Critics Association, for his supporting performance in the 2018 THE HATE U GIVE. Among Hornsby’s other film and TV credits are THE AFFAIR, PROVEN INNOCENT, CREED II, FENCES, SEVEN SECONDS, FORGIVEN, IN TREATMENT, LINCOLN HEIGHTS and GIDEON’S CROSSING.

ASSIGNMENT X: How much mobility does Lincoln Rhyme have?

RUSSELL HORNSBY: This and this [he moves the fingers of one hand and indicates a toe that Rhyme can move on occasion]. Just that.

AX: Was the role particularly challenging, because you can’t move?

HORNSBY: Well, just to state the obvious, not having mobility is very challenging. But it’s a challenge that I welcomed and embraced, but what I have to focus on [as an actor] are the words. From Shakespeare, they say, above all, the text is sacred. You have to use the words for tone, for emphasis. Now it becomes about a look, about an elongated stare. It becomes, how do you drag out a word, or how do you shorten a phrase? It’s really using every part of my ability [as an actor] to convey all the emotions and sensibilities of Lincoln Rhyme. Again, I’m up for the challenge. I feel that I’ve committed myself appropriately, and I’m hoping that the audiences appreciate the work. 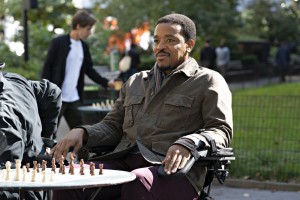 Russell Hornsby as Lincoln Rhyme in LINCOLN RHYME: HUNT FOR THE BONE COLLECTOR – Season 1 – “What Lies Beneath” | ©2019 NBC/Barbara Nitke

AX: Was there anything specific that you had to do in order to get into the mindset of what those restrictions would be like?

AX: Do you stay in the bed between takes, or do you move around? Different actors seem to have different thoughts about what works for them when they’re playing a character in that situation.

HORNSBY: It depends. When we shot the pilot, I pretty much stayed in the bed all day. I literally would stay there during set-ups, light changes, everything like that. But now, I just change when we turn around.

AX: Is it physically difficult to hold a position for that long?

HORNSBY: No. Also, you’ll see [as of] Episode 2, I’m no longer in the bed. We’ve got a wheelchair. So that changes the dynamic. It’s easier to get up when I need to and get back down. But in order to stay in the moment, I stay in the chair as much as possible.

AX: What is Lincoln’s work/family balance? Because obviously, he’s trying to still be a father to his son while he’s also getting back into full-time detecting …

AX: You’ve played detectives before, but, that I know of, you haven’t played anybody who has Lincoln’s kind of arrogance and perfectionism before. What’s that like to play?

HORNSBY: It’s fun. It’s like a nice little twist, a little turn. Because I think they’re interesting. Because also, you have to look at human frailty and the nature of the arrogance, and what they’re trying to cover up. And the insecurity that Lincoln is dealing with. Now he’s more arrogant, more gruff, because he’s relegated to being in the wheelchair. He’s covering up his insecurity and his pain by lashing out.

AX: Since you spent six seasons with NBC as a detective on GRIMM, did the network at any point come to you and say, “Gee, we’d like you to play another detective for us”?

HORNSBY: No, no, no. This is the first one since GRIMM. They came back and they said, “We would like you to do this.” 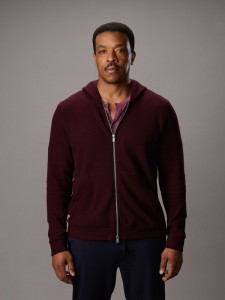 AX: To ask a tweaky question, Claire Coffee plays the Bone Collector’s wife. She was one of your costars on GRIMM. Were you involved in her being cast on LINCOLN RHYME?

HORNSBY: I wasn’t involved in the casting, but I knew she was going up for an audition, and I was rooting for her.

AX: To ask about a recent role about playing a character who had problems with the police, how was the reception for THE HATE U GIVE?

HORNSBY: Through the roof. I mean, that got me this [LINCOLN RHYME]. I was offered this on the strength of THE HATE U GIVE. It was a career-defining, or career-making kind of role at forty-three [laughs]. It was great.

AX: In THE HATE YOU GIVE, your character Maverick is the father of an adolescent girl who witnesses an unjustified police shooting. Why do you think your performance resonated so strongly with viewers?

HORNSBY: Well, I think the story itself. But I also just think that the character, people saw truth. I think that resonated with people, that there was an honest truthfulness about who Maverick was, and what he [gave] to the story, and elevated everything.

AX: What do you think will resonate for people with Lincoln Rhyme as a character?

HORNSBY: His emotional depth. I think when you see him go where he goes emotionally, I think that’s going to really resonate. That it’s more than just a procedural, that this man’s human feelings are going to really pierce people’s souls, I think. 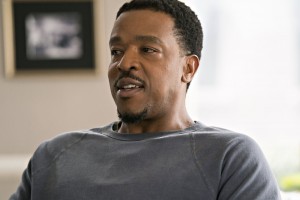 AX: And what would you most like people to know about LINCOLN RHYME as a series?

HORNSBY: It deals with crime and character equally.