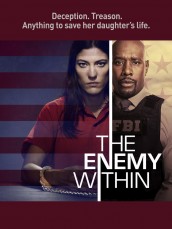 THE ENEMY WITHIN: Jennifer Carpenter on her new NBC espionage drama – Interview

The actress talks about her codebreaker character and more 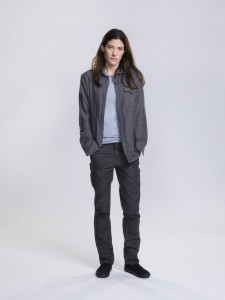 In NBC’s new Monday-night drama THE ENEMY WITHIN, Jennifer Carpenter plays former CIA Deputy Director Erica Shepherd. Erica was terrific at her job and one of the best code-breakers the Agency had ever seen. However, Erica was arrested, imprisoned and became the most notorious traitor in American history for giving the names of CIA operatives to a terrorist, resulting in the deaths of four agents.

We learn quickly that this wasn’t because Erica wanted to betray her colleagues or her country, but rather because the terrorist threatened the life of Eric’s adolescent daughter Hannah (Sophia Gennusa). When the terrorist strikes again, FBI Special Agent Will Keaton (Morris Chestnut) reluctantly comes to the conclusion that he needs Erica’s help to track the man. Erica, wanting revenge and aching to for redemption, is eager to take on the task.

Carpenter has played a number of law enforcement roles, notably Miami police detective Debra Morgan in eight seasons of DEXTER and NYPD FBI Special Agent Rebecca Harris in LIMITLESS. Originally from Kentucky, Carpenter also played a demonically tormented teen in THE EXORCISM OF EMILY ROSE and a reporter tangling with the supernatural in QUARANTINE.

Speaking first to a group of reporters during a Q&A session and then to two journalists during follow-up, Carpenter talks about THE ENEMY WITHIN.

ASSIGNMENT X: When you first read the script for THE ENEMY WITHIN, what was your reaction?

JENNIFER CARPENTER: This show talks about really challenging issues, with really three-dimensional characters in what has been seen, in my opinion, as a two-dimensional world, where people are trying to do the math of the crime, or do the math of the offense. And this show is trying to highlight real people in the real world. If you get in a car accident on the way to work in the morning, it’s going to affect the choices you make for the rest of your day. If that happens to Erica Shepherd or Will Keaton, something triggers them, it could affect the safety and security of the country, their families, your families, and mine. I think it’s been a more honest approach to what the lifestyles and the work of these two entities are.

AX: You’ve played a police detective in DEXTER, you did FBI in LIMITLESS, and now you’re CIA, or ex-CIA. Are any of those previous law enforcement roles informing anything you do as Erica Shepherd?

CARPENTER: I think the only way that it expedites the work for me is that I am pretty great at holding a gun in the way that I’m supposed to [laughs]. But this feels incredibly elevated and very different, because with CIA, to me, I’m exploring what it means to be a patriot, through the good, the bad, and the ugly, to represent everyone, at all times, equally, and that’s some work that I’m really enjoying. 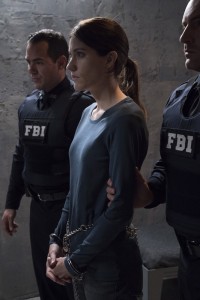 AX: Erica Shepherd is darker than your previous series roles …

CARPENTER: It’s really not a laughing matter, what the show is talking about. She was the deputy director of the CIA, so she was the eyes and ears of the information that was going to be threaded through the most powerful players in America. And it is a fight for her life. So it’s a heavy responsibility, and I think in a strange way, having so much experience eight years on a cable show, [THE ENEMY WITHIN] feels comparable to working in an environment like that, with the subject matter and the caliber of actors and writers and directors that we’re working with, it really feels like it challenges an audience in a way that they deserved to be challenged.

AX: How do you get into character for this role?

CARPENTER: Morris Chestnut plays Will Keaton on the show. He represents the FBI; I represent the CIA. So it always starts with whatever scene we’re looking at. Because we’re usually going head to head. We have the same common goal, but we’re opposing forces. So to take all of that information in, and then I have to weigh it against [Erica’s daughter Hannah’s] life. So I immediately go to my daughter, and it’s this strange thing of every scene, kind of thinking Erica is a person who would teach Hannah not to tread on a flower unnecessarily, not to rip the wing off a butterly. And [Erica is] also the kind of person that would kill three people if it meant saving one hundred. “Let’s start, let’s slay it, let’s go,” kind of how I get into it every time. Make sure that every facet of who she is has some representation, and then just look to Morris and start. Let the ride go. 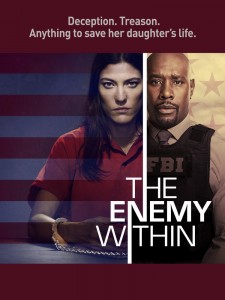 AX: How was relocating to New York for THE ENEMY WITHIN?

CARPENTER: Well, I think we can all agree to be a working actor, to be lucky enough to be a working actor, means you have to agree to live the life of a gypsy. We go where the work is. And now I have a family, and it meant moving once again from North Carolina to New York. And the second I was offered the opportunity, I was like, “Pack the kitchen. here we go.” Because I knew it was going to be a make or break moment. I wanted to attack it like an athlete, I wanted to get the win and make the show what I sensed that it could be, and what I felt like I heard what it was trying to be from the pilot. I want to look back at the end of this season, and think that we played a really good game, and I’m really proud to be here to talk about it.