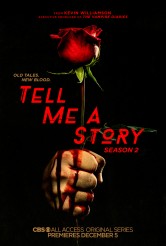 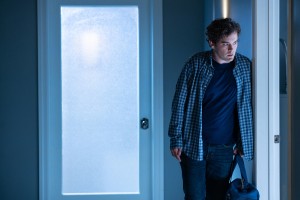 TELL ME A STORY, created and executive-produced by Kevin Williamson, is now in its second season on CBS All-Access, with new episodes dropping every Thursday night (Season 1 is available to stream in its entirety on the service). The series takes familiar fairytales – this year, “Beauty and the Beast,” “Sleeping Beauty,” and “Cinderella – and intertwines them into real-world thrillers.

Williamson’s authorial pedigree is enormous. He created and wrote the bigscreen SCREAM franchise. For television, Williamson created DAWSON’S CREEK and THE FOLLOWING, and adapted THE VAMPIRE DIARIES franchise (which has spawned two spinoffs, THE ORIGINALS and the currently on-air LEGACIES) with Julie Plec.

ASSIGNMENT X: Are you looking in at all on the descendants of VAMPIRE DIARIES?

KEVIN WILLIAMSON: You mean LEGACIES [created by Julie Plec]? Oh, absolutely. You think I’m five feet from Julie Plec at any given moment? [laughs] No more than five feet. That’s a rule.

WILLIAMSON: Well, I just wanted a modern-day take on it. I think it’s more fun to live in the real world and play with all these ideas. And it’s fun to reinterpret them, because you get to add things, you get to put your spin on it. But it really is just taking the ideas, because there are so many different versions of these fairytales in any given culture. And so sometimes they’re a little different. Like “Little Red Riding Hood,” in the various cultures around the world, is so different. And so it’s just one more way to be different.

AX: What kinds of stories do you enjoy telling the most? 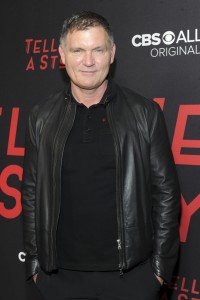 Kevin Williamson on the Red Carpet during the TELL ME A STORY premiere, held at the Metrograph on October 23, 2018 in New York, NY. | ©2018 CBS Interactive. All Rights Reserved./Brad Barket

AX: How do you feel that onscreen horror is evolving?

WILLIAMSON: You know what? Horror is cyclical. It’s like, what’s old is new again, what’s new is old again. I think the best horror is a mirror to society. So if you just live on this planet, that’s where your best horror stories are going to come from. They’re going to come from the world in which we live. And the inspiration and the ideas – just look at a movie like GET OUT. That movie could only be told now, in this world today. And it was just beautiful. It was my favorite film of the year. That’s the excitement of horror, is that it’s ever-changing. So that’s the stuff that I’m excited about.

AX: Do you have any memories you’d like to share of the late Wes Craven, who directed all the SCREAM films?

WILLIAMSON: In what capacity?

AX: How was he to work with?

WILLIAMSON: He was amazing. He was my mentor.

AX: If you get a Season 3 of TELL ME A STORY, might you look at fairytales from some other cultures that are less familiar to us?

WILLIAMSON: Well, I feel like next year, I’m dying to do “Snow White and the Seven Dwarves.” So I don’t know what else will accompany that one, but we also have “Jack and the Beanstalk,” and I’d love to see an amazing female Jack and see her go on an adventure, and take on a good giant [laughs]. 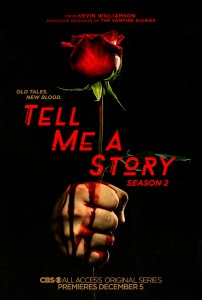 AX: How is it working with CBS All-Access? Are you having fun not being on network, and not having to write to commercial breaks and being able to say words that you can’t say on network?

AX: Is there anything that you learned during Season 1 of TELL ME A STORY that you’re applying to Season 2?

WILLIAMSON: Yes. We learned a lot. We grew. We have an amazing group of writers. Because I had to find the writers that were right for this story, and I had some great writers last year, and I brought some back that I could get, because there’s so much work out there [that some first-season writers had gotten other jobs in the meantime]. Good luck finding a bunch of writers. But I’ve got an amazing group of writers. Most of them are female, and they really took these storylines and really twisted them up in a fun, fun way, and in ways that I wouldn’t have even imagined or that I would have thought of myself. So I’ve been able to learn, and work with these writers. We’ve been having a good time. And shooting in Nashville is pretty awesome.

WILLIAMSON: Oh, I’ve got tons of stuff. I’m getting ready to start a movie [Williamson has been announced as the writer of SCREAM 5] that I’m super-excited about, and I’ve got another show that I’m working on, and Season 2 of this.

AX: What would you most like people to know about TELL ME A STORY Season 2?

WILLIAMSON: I hope people find it on CBS All-Access, and give it a chance, because it’s a very addictive, fun thriller. And this year is going to be better than ever.

Related: TELL ME A STORY: Paul Wesley talks Season 2 of the CBS ALL ACCESS anthology series