Strong also writes and directs on the new Fox drama 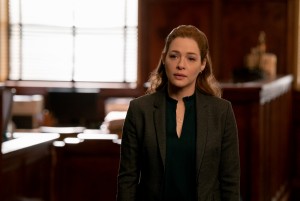 In Fox’s legal drama PROVEN INNOCENT, now in its first season Friday nights, a legal team in Chicago works to exonerate wrongfully convicted defendants. Among the lawyers is Madeline Scott (Rachelle Lefevre), who herself was wrongfully convicted and imprisoned for ten years for the murder of her best friend, Rosemary Lynch (Casey Tutton). While she takes on other cases, Madeline is still trying to get to the truth of Rosemary’s death. It doesn’t help that Chicago district attorney Gore Bellows (Kelsey Grammer), running for re-election, still thinks Madeline is guilty.

Strong is an Emmy-winning writer and producer (RECOUNT, GAME CHANGE) who co-created the  Fox hit EMPIRE, which, like PROVEN INNOCENT, is also shot in Chicago. Strong also directs, helming the “Struggle for Stonewall” episode of PROVEN INNOCENT, scripting that episode, as well as “The Shame Game” and “The Burden of Truth.” Strong made his feature writing/directing debut in 2017 with REBEL IN THE RYE, a biodrama about J.D. Salinger. He is also a producer on another fact-based feature, THE BEST OF ENEMIES, which is currently in theatres.

Strong, who memorably recurred onscreen in BUFFY THE VAMPIRE SLAYER and THE GILMORE GIRLS, also continues to act occasionally, most recently returning to his role on BILLIONS. 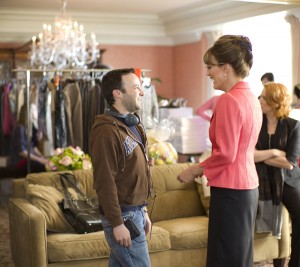 ASSIGNMENT X: Will the central mystery be resolved in Season 1 of PROVEN INNOCENT?

DANNY STRONG:  We’re definitely going to resolve it at the end of the season. We’re going to find out who killed Rosemary Lynch.

AX: Madeline has a brother, Levi, played by Riley Smith, who was convicted alongside her. It seems like it might be one ambiguity too many for us to wonder if Madeline really killed Rosemary, so was the idea of giving her a brother to keep the question of whether or not the case against them was really mistaken, without keeping the question directly on her?

STRONG: Not necessarily. I think we like the idea that there were two of them that went to prison for this murder, because that happens, multiple convictions. It happened in the Amanda Knox case that they ended up trying the two of them [Knox and Raffaele Sollecito] together, and sometimes to make a case when there are multiple suspects, they tie the suspects together. And so it was another element of showing that, but then it also made a key suspect very personal for our lead character. 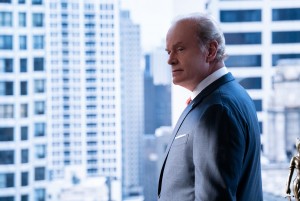 AX: Assuming you have a Season 2, are you going to have another, different season-long arc that plays out …?

STRONG: I think we’re still discussing that. We haven’t really dived into Season 2 yet, because we don’t know if we’re going to get one. We talked about doing another season-long arc, but we’re not sure. I thought that the Rosemary Lynch murder and the mystery was going to be the thing that made the show so cool, but I’ve been loving the cases. The cases are so powerful and emotional. The Rosemary story turned out great, but the cases turned out much better. I thought, “Oh, well, that will be the procedural part,” and the procedural part ended up fantastic. So I don’t want to take away from the focus on that.

STRONG: What an actor.

AX: He won the L.A. Online Film Critics Society award for Best Supporting Actor in THE HATE U GIVE …

STRONG: I didn’t know about him [prior to PROVEN INNOCENT]. I wish he got more attention this awards season. He was so incredible in that film. I thought he was going to get an Oscar nom after I saw it.

AX: In the original pilot for PROVEN INNOCENT, Brian d’Arcy James played Gore Bellows. Why was Kelsey Grammer cast in the role for the series?

STRONG: I loved him. I love him as a person, I loved him as an actor, and I loved him in the role. He’s one of the great Broadway actors, he’s a wonderful actor. The network wanted to take the character in a different direction, and they just felt that they wanted something different. Although they really liked him, too – they couldn’t really put their finger on it. And they suggested Kelsey, and he’s one of the great actors of the last twenty-five years, thirty years, a television icon. And so when he was interested in it, we got excited about that idea. It was difficult for me, because to replace an actor who did a wonderful job was a hard thing to do. He’s a great guy. We would love to get him back on the show in another role. So if he would do it, we’d love to have him back.

AX: Did you have any concerns about casting Kelsey Grammer in PROVEN INNOCENT? From what he’s said publicly about his political beliefs about the criminal justice system, he’s not necessarily the first person you’d think of for an Innocence Project project …

STRONG: That’s why I thought it was incredibly cool that he wanted to do it. I mean, at the end of the day, he’s an incredible actor, and someone I’ve been a fan of for a really long time. I’ve seen him on stage many times. And he saw the pilot, he knows what we’re up to, and the fact that he wants to be on board I think is great to have someone with a different point of view than many people in the entertainment industry to be involved in this project. Wrongful conviction – I think everyone agrees that people who are innocent shouldn’t be in jail for something they didn’t do.

AX: Besides that, have any big changes been made because something was playing out in a different way than you expected in the beginning on PROVEN INNOCENT?

STRONG: Well, not in a negative sense. We discovered things about the show, and side characters we’ve liked that we’ve increased their roles because we really like them. So the show has just sort of grown and evolved the way a show naturally does.

AX: Did you reshoot the entire first episode, or just the scenes with Kelsey Grammer?

STRONG: Just with Kelsey. And we did some other reshoots as well, changing the plot and fixing some stuff that didn’t work, stuff we wanted to improve, but the majority of it was Kelsey.

STRONG: That it’s a really emotional, exciting courtroom thriller, tackling social injustice, and at the same time, there’s a really exciting, twisty, turny murder mystery at the heart of it. I think the show is really dynamic, and it really talks about issues that we need to discuss about our criminal justice system, and it’s a really terrific piece of entertainment.