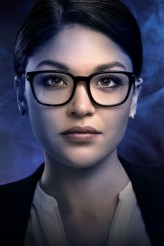 The actor discusses the reimagining of the original series 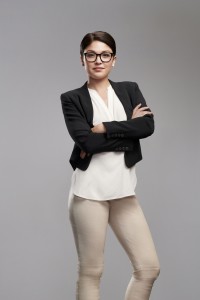 The original CHARMED series ran on the WB for eight seasons, 1998-2006. It concerned three sisters who discovered they were witches, each with their own powers. When united, they had the Power of Three.

Now The CW has its own new version of CHARMED, airing Sunday nights. Here, sisters Mel (Melonie Diaz) and Maggie Vera (Sarah Jeffery) discover both their powers and the fact that they have a half-sister, Macy (Madeleine Mantock), right after the death of their mother.

Ellen Tamaki plays police detective Niko Hamada, who is in an on/off romantic relationship with Mel. After a rough patch, things had started to go well – until Mel had to magically change the timeline to protect Niko. Now Niko doesn’t remember they were ever involved.

Niko is Tamaki’s first major onscreen role, following a stage career. She has several feature films coming up, including WE ONLY KNOW SO MUCH, SEARCHING FOR SALLY MAE and INEZ & DOUG & KIRA.

ASSIGNMENT X: What can you tell us about Niko Hamada?

ELLEN TAMAKI: Niko Hamada is the detective in the town. Niko is also Mel’s girlfriend, and I think that, because she’s good at her job and really intelligent, two of the things that I really appreciate about this character and this woman, she probably has a hunch, because this relationship is going really well, the two of them are really close, and Niko is doing a lot of investigating, and I think she’s got a feeling that something magical may be up.

AX: Do you know if Niko may develop her own magical powers later on?

TAMAKI: I don’t know, but I really want them so badly [laughs].

AX: What would you like to be able to do?

TAMAKI: So I’ve always loved shape-shifting and transfiguration, because I feel like you kind of get the best of both worlds, like, you can be invisible and be a fly, or you could fly and be a fly. You could do all of those different things any time you want. You could be a whale. You could do any of that. And they [the producers] were saying they want to bring in all different kinds of mythologies. Witches are Shakespearean. The idea of three witches has been around for so long, I think you can tie that in, in so many different, exciting ways. We’re just scratching the surface now.

AX: Were you a fan of the original CHARMED?

TAMAKI: Definitely. I wasn’t allowed to watch it [laughs]. I’m the oldest, and I have younger siblings, and I was young enough that my mom didn’t really let me do BUFFY and any of that quite yet. So I’ve actually caught up with it – my sister and I have binged it since, but yeah. I’ve seen a bit of it.

AX: Who was your favorite character?

TAMAKI: I may be a little biased, but Piper’s [Holly Marie Combs] boyfriend Leo [Brian Krause]. Because if the middle sister equivalent [of Piper] is Mel, I then get to be the equivalent [of Leo], kind of there to help out.

AX: Have you done any research to play, like into how to be a police detective?

TAMAKI: Absolutely. I know there are going to be some things in the future where I’m going to have to learn how to follow a case, or maybe do an interrogation, and things like that. But I’ve done research in terms of what it takes to become a cop, and the kinds of skills that you need to hone. But I’ve never really seen a detective work, so maybe that would be something to do. I’ve never played a cop before. It’s really fun. This is actually my first TV show ever. 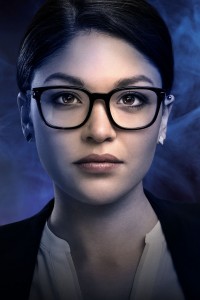 AX: Your background is in stage work?

TAMAKI: Stage. I was doing theatre in New York. And then I was lucky enough for this to all work out – right-place, right-time kind of thing.

AX: How are you enjoying doing camera work?

TAMAKI: I love it. It’s really challenging, because it is so different. I feel like, on stage, you have from the top of your head to the bottom of your toes, and you can really embody things in a different way, but on camera, I have to watch things like, “I move my head a lot,” or “I blink a lot,” and there are little tiny things like that that just take habit. But the acting is the same, and the storytelling is the same, and the emotion is the same.

AX: Is the stage background helpful when you have to freeze in a scene because of Mel’s time-freezing power? It seems like Niko might get stuck a lot …

TAMAKI: Right, I think so. I come from a physical theatre background, so the freezing actually was such an awesome click into it, because when I unfroze, it was like no time had passed for me, so that part of the imaginative side of it is so theatrical to me.

AX: Do you find there’s something different in playing romance versus a good friendship, or are you playing it sort of as the same thing?

TAMAKI: No, it’s just part of my character, and I also have a lot of other things to offer.

AX: Where are you shooting CHARMED?

AX: And where does this CHARMED take place?

TAMAKI: We’re in a fictional college town. I believe it’s set in middle America, like Minnesota.

AX: And what would you most like people to know about CHARMED?

TAMAKI: If there has been anything that has run through [everything] we’ve had together so far, it’s that everyone is so supportive. They’ve found a group of people that have great chemistry, we all adore each other, we’re hanging out outside of rehearsals, outside of shooting. It really feels like an even playing field. Everyone here is here to support each other and support the story. I want people to know that, at the end of the day, it is always better to uplift the women around you.