The actor talks changes on both sides of the camera 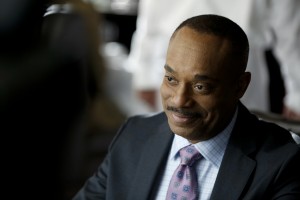 Now in its fifteenth season, CBS’s NCIS continues to be one of the most popular dramatic TV series on the planet. Currently airing Tuesday nights, the series about the U.S. Naval Criminal Investigation Services has spawned two spinoffs (NCIS: LOS ANGELES and NCIS: NEW ORLEANS) and gone through a multitude of cast changes, though Mark Harmon has held steady as star Leroy Jethro Gibbs and as one of the series executive producers.

Rocky Carroll has been with NCIS since Season 5 in 2008 as the man who would become Gibbs’ commanding officer, NCIS Director Leon Vance. Carroll, originally from Cincinatti, Ohio, is also known for his stage work and a variety of film and TV roles, including series regulars in ROC and CHICAGO HOPE.

Vance has dealt with a lot over the past few years. Longtime agents have left (as actors have left the series), his wife was murdered and he started this season with the team frantically trying to track down Gibbs and agent McGee (Sean Murray), who had been kidnapped.

Carroll and the rest of the NCIS company had to deal with their own sense of loss when executive producer/show runner Gary Glasberg died unexpectedly in 2016, during Season 14. Carroll talks about this and more.

ASSIGNMENT X: I know this was incredibly hard, but can you talk about dealing with Gary Glasberg’s sudden passing?

ROCKY CARROLL: It was horrible. It was surreal. Because it happened right in the middle of the season, Gary passed away in September, we were just getting our legs under us, and I think for the bulk of the season, I just kept looking over my shoulder, expecting him to walk onto the set. It was very hard to process, because we had to keep going. It wasn’t like we had a hiatus to get used to it or anything. We had to work the rest of that season.

AX: Who is the new show runner?

CARROLL: Our new show runner is Frank Cardea, who was on the original writing staff. He and his writing partner, George Schenck, were bumped up to our executive producers and show runners. So it was in-house. The good news is, they didn’t hire a show runner who was new to the show, they hired show runners who’d been writing for the show for over twelve years, so that was a huge help.

CARROLL: Well, I think it does affect me, but I think it’s in a very positive way, because I think we have such loyal fans and such a strong fan base, but going on fifteen seasons now, we adjust and we adapt, and you told so many stories, and some of them you told more than once, so when you bring in a new character, it opens up so much stuff creatively. So for me, I enjoy it. 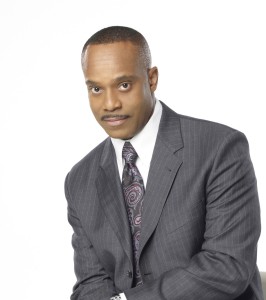 AX: Vance had the tragedy of losing his wife. Is he getting a chance at more romance?

CARROLL: I don’t know. I’m hoping that they’ll create a little bit of a romantic spark for the character. So far, I haven’t heard. I’m happy I get to step on the other side of the camera and direct a couple of episodes. But who knows? That may happen.

AX: Do you have any favorite NCIS scenes or episodes from the last couple of years?

CARROLL: Oh, man. We have done so many. I think I’d really have to sit and dissect them, because it’s such a blur, because when you do twenty-four [episodes] in a season, the moment you finish one, you go into another. But I still remember my first episode [Season 5’s “Internal Affairs” in 2008] where my character was introduced, which is one of my favorites, and there is an episode called “Knockout,” where we first got a sense that my character had a life that went above and beyond just being the director of N.C.I.S.

CARROLL: Well, we shot the HBO movie I was proud to be a part of, THE IMMORTAL LIFE OF HENRIETTA LACKS with Oprah Winfrey, which was nominated for an Emmy. So between that and being back to work [on NCIS] now, that’s more than enough.

AX: And what would you most like people to know about Season 15?

CARROLL: I think in Season 15, we’re going to delve into Gibbs’ psyche a little more, I think we’re going to see the sum total of all these incidents that have happened to him, and I think this season is going to deal with a little bit more of how this job affects those who do it.