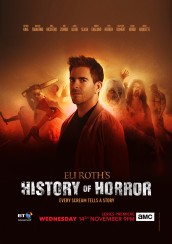 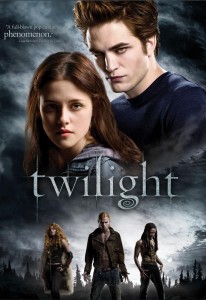 Catherine Hardwicke is among the interviewees in ELI ROTH’S HISTORY OF HORROR. Hardwicke directed the first entry in the TWILIGHT vampire/romance films, and RED RIDING HOOD starring Amanda Seyfried, Julie Christie, and Gary Oldman, along with the upcoming remake of the gangster drama MISS BALA. Hardwicke has also directed a number of non-genre features, including THIRTEEN (which she jokingly calls “horror for parents”) and the surfing/skateboarding biodrama LORDS OF DOGTOWN.

ASSIGNMENT X: You have done horror and action. TWILIGHT has some action, but do you consider it to actually be horror?

CATHERINE HARDWICKE: I wouldn’t necessarily consider it horror, would you? No, because it’s so much about first love, and crazy, giddy falling in love. But it’s got a different version of vampires in it. I think that’s why he included it [in ELI ROTH’S HISTORY OF HORROR]. Each time they pivoted, now we see INTERVIEW WITH THE VAMPIRE, it’s a new version. Ours was definitely a new version of vampires.

AX: Did you do RED RIDING HOOD after TWILIGHT because you wanted to do harder horror?

HARDWICKE: I kind of did, because I wanted to go a little bit more into the psyche and the fantasy, but [also] into the internal reason for the enduring nature of fairy tales and what they tell us. Of course, we didn’t get to go quite as deep as we wanted to there.

AX: Have you done a horror piece that you feel did hit the horror as hard as you wanted to, or are you looking for a project?

HARDWICKE: No, but actually, there are a couple of things that I’m working on that might, if they go, like he’s talking about how hard it is to get anything to go, if they go, they might be quite fascinating. And I love the idea of, what is more a female-centric horror story? I mean, that’s a great challenge, what was brought up in here. What is a new perspective that we haven’t seen? What are women’s deepest fears? That would be so cool, don’t you think? 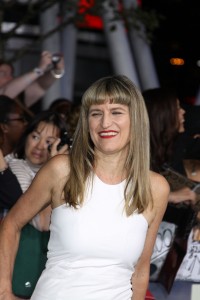 AX: What did you think of THE BABADOOK, which was female written/directed horror about, what if you’re a single mother with a very odd child?

HARDWICKE: Yeah, that’s a great one, and then, there could be a lot of other and deeper things to go into, even deeper fears about our self-image.

AX: Do you feel a responsibility to do female-centric horror, or would you just like to do horror that will have something of a female viewpoint by virtue of the fact that you are doing it?

HARDWICKE: Well, one script that came to me is already a mother from one dimension, a mother reaching out from another dimension, trying to get the same kid. So it’s already with the female perspective, a female lead, and a feminine thing, and I think that’s why they sent me the script – “We’d better have a woman direct this.” So some people, it is in the zeitgeist, I think, and it will be exciting if we can get it made, to latch onto that idea.

AX: How do you feel about the notion that horror as a genre that victimizes women, versus the notion that it can empower women, along the lines of, “I don’t care if you are a Shape from Hell, don’t mess with Jamie Lee Curtis”?

HARDWICKE: [laughs] Well, I’m not a big fan of seeing violence done to women. Even when it’s put up on a screen, and it’s beautifully lit, and really interesting, it does sort of glorify it, let’s just be honest. I’d rather not do things like that. I’d rather see strong women, for sure, and not the whole launch point of the film being, okay, we murdered a woman, and now we’ve got to go get revenge or something. I want to go with equal-opportunity violence.

AX: What would you most like people to know about ELI ROTH’S HISTORY OF HORROR, and your participation in it?