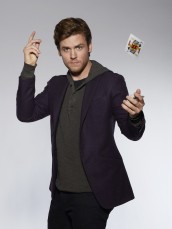 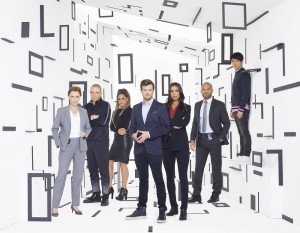 ABC’s new series DECEPTION, which premieres Sunday, March 11, deals with the intersection of stage magic, a la David Blaine, and crime solving. When headliner magician Cameron Black, played by Jack Cutmore-Scott, is entangled in a murder, his efforts to clear his name cause him to team up with FBI agent Kay Daniels (Ilfenesh Hadera), which helps her sleuthing as well.

Creator/executive producer Chris Fedak (who co-created CHUCK) explains DECEPTION’s premise during a Q&A session. “The idea behind this show is “tricking,” essentially. So many action shows, you have, “How do you capture bad guys?” Sometimes you get them doing a mistake. You catch them doing something. But in this show, the fun of it is using illusion, using deception. Essentially, we say it as MAGICIAN: IMPOSSIBLE. What if we take the whole thing and flip it on its head? Because the fun of this show, too, is that it’s not a straight-up action show. We are not always going to capture the bad guy by using guns and chasing them down. We are going to have to deceive them. We are going to have to be smart, and that’s where illusion comes into it. So we can deal with any type of crime, and that’s also great, because it’s the FBI. They go after everybody. They go after killers, they go after mobsters, they go after drug dealers, and they go after spies, and that really opens up the opportunities for so many genres for us to have fun with.”

Several actual magicians work as consultants on DECEPTION. Part of the magician’s code is not to give away how tricks are done, and Fedak vows the series will respect that.

“We are not going to give away the magic. Magic, by its very nature, is at the heart of the show, and since we love it, we’re not going to give away anything that destroys magic or reveals too much. And the way we work on the show, even from the script and story level, is that we go to our magicians. We go to David [Kwong, who is also a writer/producer on DECEPTION] and we go to Francis [Menotti, Kwong’s partner in magic], and we talk about what we are comfortable showing, because there’s one thing that the audience we found loves, is that they want to be inside the trick. They want to be on the other side of the curtain. But they don’t want to know everything. They don’t want to have magic ruined for them.”

The approach to magic on DECEPTION, Fedak adds, “is not always about a specific type of trick. It’s about a theory of magic. David put on a class at the beginning for the writers’ room, and we still have the board up. There are different concepts all up and down the board, from forced perspective to dual realities, and we can build stories out of them just from a thematic level.”

Later that day, Fedak makes time for more conversation about his new series.

ASSIGNMENT X: Do you see any similarities between DECEPTION and CHUCK, given that both of them deal with a protagonist who has certain abilities who is forced by circumstances to team up with federal agents?

CHRIS FEDAK: I think they’re both decidedly fun shows. They’re both essentially designed for network TV, they’re both designed to be a really good time. I think that there’s a slight tonal shift, that DECEPTION is less comedic. It’s still funny, but it’s not as funny as CHUCK, in the sense that we had the Buy More stories. So I think DECEPTION has a little bit of a straighter tone, but then again, it’s still about a magician tricking bad guys. So it’s definitely going to be fun.

AX: Your lead actor, Jack Cutmore-Scott, is actually English, but you made his character Cameron American. Was that because you already have two other English actors, Lenora Crichlow and Vinnie Jones, playing members of Cameron’s support team?

FEDAK: We would have had a lot of Brit [characters] in the show. If we also had Jack [playing English], that would be three, at which point, I think we’d pretty much be a BBC show.

AX: There’s an ongoing through-line with Cameron searching for whoever is responsible for the frame-up that starts the series. Is DECEPTION going to be arced with that search, combined with a standalone case of the week?

FEDAK: We’re doing a combo. We’re doing the classic X-FILES combo of standalone episodes with a case of the week, usually with an element of [arced] mythology sewn into it, and then we’re also going to do big mythology episodes. We’ve learned that some of our biggest, most exciting episodes are pure mythology and they’re a lot of fun.

AX: You and the other producers said that Jack Cutmore-Scott gave a terrific audition. With Lenora Crichlow and Vinnie Jones, did they audition also, or were they choices you made based on previous work?

FEDAK: No. Everybody came in. The only person I kind of had an eye on for a part was Stephanie Cornelius for the mystery woman. Whereas I think that Jack came in and just wowed us. Each one of these actors just came in and blew us away.

AX: With the magic, some of the tricks are based on parts of working magicians’ acts. Do you have to come up with things that are not part of people’s acts, or  is everything based on someone’s act?

FEDAK: No. We go back and forth. Sometimes we base something off of a magic tradition that’s quite old, but other times, we’ll make stuff up. We come up with the action scenes, and we come up with, what’s our version of it? What’s the twist on this that nobody’s seen before? So that’s a real part of the show, and if we do that, it will be very easy to expose whatever we want to do.

AX: How would you describe the production scale of DECEPTION on a weekly basis?

FEDAK: I would say, if you look at the pilot, we do three gigantic set pieces. Each week, I think we’ll probably do one big set piece, as opposed to three. One to two.

AX: And then, for the season finale, you’ll do more?

FEDAK: We’re going to do a lot more. It’s funny, because we do big set pieces in a couple of episodes, even in the middle of the season. So we’ll be doing them throughout. They’re kind of a star of the show, each set piece.

FEDAK: Right now, it’s all DECEPTION, all the time.

AX: And what would you most like people to know about DECEPTION?

FEDAK: Just that it’s going to be a really fun, entertaining hour of television that, if you’re looking for an escape on a Sunday night, we’re the show for you.