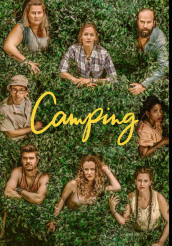 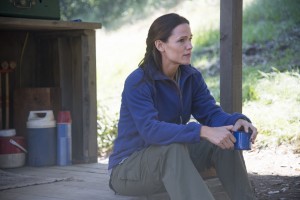 HBO’s Sunday-night half-hour comedy CAMPING is based on a British series of the same name, which was created by Julia Davis. Lena Dunham and Jenni Konner, who both serve as executive producers on the new edition, adapted the American version for HBO. Jennifer Garner stars as ultra-controlling Kathryn McSorley-Jodell, who plans a group camping trip to celebrate the fortieth birthday of mild-mannered husband Walt (David Tennant). The excursion brings out the worst in everyone.

Konner, who was also a executive producer on HBO’s GIRLS with Dunham (the two ended their creative partnership earlier this year), directed several episodes of CAMPING, as well as developing it.

ASSIGNMENT X: Were you drawn to CAMPING, or did it sort of land in your lap?

JENNI KONNER: No, I was very drawn to this project. [British writer] Zadie Smith – this is a very exciting name-drop – sent the British show to Lena and said, “I think you’re going to love this.” Lena sent it to me, and we were like, “This is perfect. Let’s adapt this. This is so funny. It’s a breath of fresh air, it feels so relatable in some way, even though it’s got all this weird stuff in it.” And CAMPING just felt like a really nice next move for us [after GIRLS]. 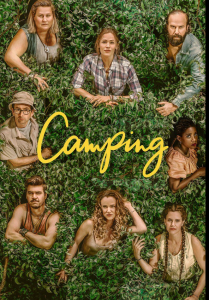 AX: Can you talk about the differences between the American and British versions of CAMPING?

KONNER: Julia Davis’s show is was the most hilarious thing, and it’s really British, and really amazing, and there’s something from her in all of our episodes, but there’s also changes that you have to make to make it feel like people you know, and also, I think, just to make it feel more like the work we do. So we brought ourselves into it.

AX: CAMPING started out as a British series, but it’s set in America. How did you wind up with a British male lead, David Tennant, playing an American?

KONNER: The answer is BROADCHURCH [an English crime drama that starred the Scottish Tennant]. I am just obsessed with BROADCHURCH, and so he was on our casting list, and I wanted to die of joy. I was like, “Can he do it? Would he really do it? Would he really do it?” I have another friend who had just worked with him. I think Jon Hamm said, “Oh, my God, this guy is so funny, it’s unreal.” And it’s true.

AX: David Tennant is also very known for DOCTOR WHO …

KONNER: I know. This is the thing. I know him from BROADCHURCH, and everyone else on the planet knows him from DOCTOR WHO.

AX: And even though it’s been a little while since then, Jennifer Garner is still very well known for ALIAS. Did you have to monitor any of the jokes, so it didn’t seem like you were getting too meta with your actors’ careers?

KONNER: Oh, that’s so funny. [Those earlier characters] are so far apart from anything they’re doing. And by the way, if I wanted to make a DOCTOR WHO reference, I wouldn’t even know how. But they’re just consummate professionals. You cannot get luckier than them being 1 and 2 on the call sheet.

AX: Another of your campers is played by Juliette Lewis. Garner and Tennant have both said they greatly admire her, but she has a different way of working than they do. Do you direct Juliette Lewis differently than you direct the other actors?

KONNER: I think I direct everybody a little bit differently, including everyone else in the cast. But I would say she just has a really different energy. She’s like this wild, instinctual, organic being. You think she might go one way, and she zigs the other, and it’s always incredible, and always surprising, and always hilarious. The great thing about David and Jennifer and Juliette, and really all our cast, is that no one was trying hard to be funny. It wasn’t people making jokes, it wasn’t people pushing jokes. It’s all very organic. Juliette plays a wild woman, and even though she’s a very disciplined actor, she’s a consummate professional, when she’s in that moment, she is in that moment. She’s letting go into it, and letting the muse, or whatever it is inside of her, drive her.

AX: When most people think “half-hour comedy,” they also think “soundstage.” Is CAMPING more like doing a drama, because you’re on a location?

KONNER: No, because that’s how we did GIRLS, too.

AX: With GIRLS, at least you were inside …

KONNER: Well, we got to go inside when we shot the interiors of the tents, and the last two episodes take place in a different place. So we did get to go inside. But yeah, I guess it was more like a movie – like a hot, dusty movie.

AX: If this season is successful, might they celebrate Kathryn’s birthday in the woods next season?

KONNER: Or in a hotel. I don’t know. You have to ask HBO [if there will be a second season], because we really sold it as this limited series. But I would die to come back to these people.

AX: What would you most like people to know about CAMPING?

KONNER: That I feel like it was such a joy to make, and I believe that joy comes through, and I hope they do.

This interview was conducted during HBO’s portion of the summer 2018 Television Critics Association (TCA) press tour.