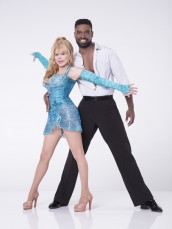 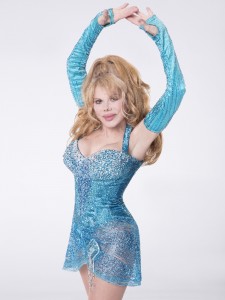 DANCING WITH THE STARS is well into season 24 and it couldn’t feel more rushed. Sorry, but I have a BIG pet peeve to vent here – there is a HUGE lack of drama when Tom Bergeron and Erin Andrews announce at the end of the show who is in jeopardy and then with one big woosh they announce the other nine or ten couples are safe. One of the joys of watching the show is to see the couples squirm a bit, not knowing whether or not they are safe. In this instance we get gypped of the entire experience. We wait all night to hear who gets canned and then it’s done in less than ten seconds. Not cool. What was cool however, at least for Normani Kordei & Val Chmerkovskiy, was them landing in first with 34 points for the night. However, not cool was eliminating the very entertaining Charo and her partner Keo Motsepe from the ballroom. No more cuchi cuchi. Chmerkovskiy’s bro Maksim (with Alan filling in again) & Heather Morris tied for second with Nancy Kerrigan & Artem Chigvintsev. Cubbie David Ross & Lindsey Arnold landed in third. Stay tuned, next week is most memorable year night.

Erika Jayne (Dance club artist) and her partner Gleb Savchenko
More fluff than substance. Inaba said she was out of sync. Goodman thought it was eye catching. Hough said she was wobbly. Tonioli said she was off time.
Scores: Inaba – 6, Tonioli – 6, Hough – 7, Goodman – 7, Harland – 7

Rashad Jennings (Football player) and his partner Emma Slater
He is smooth. Inaba told him to get comfortable. Goodman said he was flat footed in his Samba. Hough said he was behind. Tonioli said he has natural ability.
Scores: Inaba – 7, Tonioli – 7, Hough – 7, Goodman – 7, Harland – 8

Who Went Home: Charo & Keo Motsepe
Who Has Legs to Take Home the Mirror Ball: Simone in an Olympic gymnast two-peat or Normani. What would really be great is to see a Chmerkovskiy vs. Chmerkovskiy finale!