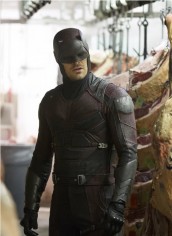 The Marvel exec discusses the state of the Marvel Television Universe 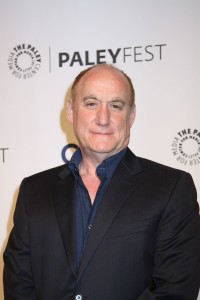 The Marvel Cinematic Universe on television is mighty. ABC has MARVEL’S AGENTS OF SHIELD on Tuesday nights. Netflix has the first two seasons of DAREDEVIL, the first seasons of JESSICA JONES and LUKE CAGE, with IRON FIST set to premiere March 17 and THE DEFENDERS (bringing together Charlie Cox as Matt Murdock/Daredevil, Krysten Ritter as Jessica Jones, Mike Colter as Luke Cage and Finn Jones as Danny Rand/Iron Fist) and THE PUNISHER (with Jon Bernthal in the lead) coming later in 2017. FX is taking its first leap into Marvel-dom with Dan Stevens in the title role of David Haller, aka LEGION. Noah Hawley (FARGO) has adapted LEGION, part of the X-MEN mythos, for FX Networks. The series premieres Wednesday, February 8.

Jeph Loeb, Marvel Executive Vice-President, head of the company’s television division, answered questions at an FX Networks Q&A panel for the Television Critics Association press tour. He then took time to answer some one on one questions at a separate Marvel event, also for the TCA.

Regarding LEGION, Loeb relates, “You know, for Marvel, some of you have heard this before, we are just interested in telling really good stories, and I think that LEGION in particular redefines the genre in a new way as well. And so what we get asked a lot is, ‘Are there too many superhero shows? Is there going to be a place where we’ve reached saturation?’

“There are sort of two responses. ‘Do we ask those questions about cop shows and medical shows and legal shows?’ And generally, no. But secondly, the other idea is that Marvel doesn’t ever start out from a place which is, ‘Okay, this is a person who is defined by their powers.’ We start out from a place [of], this is a story about what is happening to David and in that world. And one of the things we are talking about this morning is that, in particular, the X-MEN franchise, with one of those franchises dating all the way back into the publishing of it, that you can really bend the rules. There were the quiet issues [of the comics]. There were the issues where they just played baseball. It wasn’t a save the universe kind of world. And Legion as a character is not particularly well known unless you are really into that world, but the one thing you do know about them is, they are going to be uniquely branded stories.

“And when Noah came in and started talking about the nature of mental health and the nature of perception of people, and how the best Marvel stories are the ones that take issues that are our there in the real world and put them through a prism, and then they come out through someone who is a storyteller, that’s what’s exciting to us. And so we don’t know that anyone is going to come to this show basically because they think it’s going to be like THE DEFENDERS. We think people are going to come to the show because Noah Hawley and this incredible cast and the incredible writing and FX have merged together to tell a kind of show that Marvel has never made before. So that’s the big picture.”

In terms of casting Dan Stevens (DOWNTON ABBEY) as LEGION’s lead, Loeb says, “We felt so lucky because, by sheer coincidence, Dan and I had met literally, like, a month before to talk about, ‘Okay, how can we somehow fit you into this universe?’ And then Noah called and said, ‘I really think Dan’s our guy.’ And we were like, ‘Go. Yes, make that happen.’ So it was just an awesome convergence of fate and will and Noah, all of those things he controls.”

ASSIGNMENT X: Since the X-Men of LEGION are separate from the Inhumans and people with enhanced powers, it doesn’t seem like Legion the character can easily integrate with the other shows, but are the ABC and Netflix Marvel-verses ever going to integrate, or are they too separate from each other? They both take place with THE AVENGERS in the background … 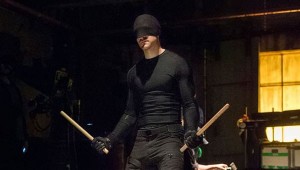 JEPH LOEB: Well, as I always like to say, it’s all connected. What we’re trying to do right now is let everybody get to know the people that are on the shows that Marvel makes for Netflix. And I think once that all gets settled down, anything is possible.

AX: Is one of the reasons that ABC opted not to go forward with the AGENTS OF SHIELD spinoff was because Marvel had so many shows in the Netflix basket that it just seemed like it might be too much in the ‘verse?

LOEB: No, not at all. I can’t speak to what their reasons were, but it certainly had nothing to do with that.

AX: Is one show more important than another, or are they of equal weight?

LOEB: Not at all. As I say often, shows are very much like children, and I love all my children the same way.

AX: When THE DEFENDERS come together as a group of characters, are you going to be able to take the supporting characters of the various Netflix shows that feed into DEFENDERS and put them on the show, or are they having that year off, or how is that going to work?

LOEB: I think we’re a little early to talk about DEFENDERS, but let’s just say that I don’t think anyone will be disappointed.

LOEB: The shows are always intended so that they can tell their own stories. It’s very much like the movies. There’s an IRON MAN movie that comes out all the time, there’s a CAPTAIN AMERICA movie that comes out, but then every now and then, there’s THE AVENGERS. It’s sort of like the Olympics.

AX: And are there any shows that have particularly surprised or gratified you in large details or small details?

LOEB: All of them. Couldn’t be happier with any single one of them. They’re all very different, very different storytellers, and that makes it remarkable. Any time that we can do something which had never been done before, which was to take things that only existed as paper and make them into movies and television shows, that’s extremely exciting to me.

AX: But do you have any moment where you went, “Oh, that was really cool”?

LOEB: It only happens every day.

AX: Okay, so you don’t want to single one out?

LOEB: No, I’m being honest with you. It only happens every day. It really is a truly remarkable event. When I take a moment and watch these trailers, it’s kind of amazing what we’ve been able to pull together in a very short amount of time.

AX: What would you most like people to know about the Marvel-verse right now?

LOEB: Just that we’re trying to tell the best stories we can, and we hope folks like them.