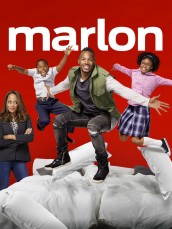 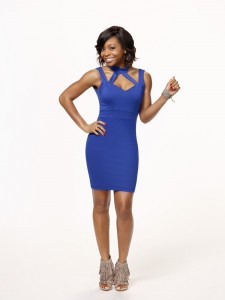 Marlon Wayans is back on TV in the half-hour comedy MARLON, Wednesday nights on NBC. His eponymous character Marlon is so involved in the lives of his ex-wife Angie (Essence Atkins) and two young children Marley (Notlim Taylor) and Zachery (Amir O’Neil) that he doesn’t seem to fully understand he’s divorced.

Bresha Webb plays Angie’s brash friend Yvette. The actress and comedian was also a regular on another NBC comedy, TRUTH BE TOLD, in 2015. Webb was also a series regular on four seasons of TV One’s LOVE THAT GIRL, had arcs on ER and GREY’S ANATOMY and appeared in a number of feature films, including MEET THE BLACKS, RIDE ALONG 2 and AT THE DEVIL’S DOOR.

ASSIGNMENT X: When you were on TRUTH BE TOLD and that went away, was NBC actively looking to do another comedy with you?

BRESHA WEBB: NBC has been very nice to me, and they told me soon after TRUTH BE TOLD has been canceled that MARLON was coming, and I went in [to audition]. I knew Marlon already, and he knew me from stand-up and just seeing him out, and he trusted my funny, and I was able to come back.

AX: MARLON’s Yvette is a broader character than the TRUTH BE TOLD character Angie …

WEBB: This is where I live. I come from a very broad comedy background. I did a show on TV One called LOVE THAT GIRL! It was very Lucille Ball-esque. So this is what I love. I love being this broad.

AX: Do you do live standup comedy as well?

WEBB: I do. I flirt with it. I don’t say I commit to it, because I’m never on the road, but I do go up and I some time and I hang out, and I do standup.

AX: Do you talk about people like Yvette in your standup?

WEBB: Oh, yes. I talk about as messy people as I can find. Yvette is one of them. She’s a lady that will maybe flirt with your husband and then wait until you step in, but she’s a lovable gal, she’s a lovable person, she cares so much about her best friend Ashley. But she’s just messy. And she’ll try anything once – or twice. 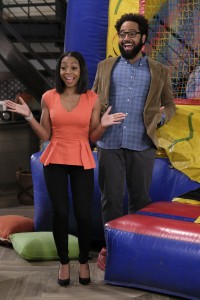 AX: Does Yvette have any kind of design sense?

WEBB: Well, her house – you’ll get to see it on the show, and it’s very beautiful and white, very classy, with lots of glass and everything that could hurt children. And so of course when the kids come to visit, it’s kind of hazardous [laughs].

AX: Do you have more fun playing a more centered person, as you did on TRUTH BE TOLD, or somebody like MARLON’s Yvette?

WEBB: I don’t even compare the two. I compare it in love and fun, because I loved my character on TRUTH BE TOLD, and even though I was playing someone so centered and grounded in that, and funny more in a sensible way, it was just as much fun as I’m having on MARLON. But I do get to do a lot more improv and play along, and I love my cast here as well.

AX: Do you work with the child actors Notlim Taylor and Amir O’Neil at all?

WEBB: Oh, absolutely. They’re so talented. I think it’s going to be really good for children nowadays to see kids that actually act like kids, and to have the essence and the energy of them as well. So I think it will be a fun show for the whole family to watch.

AX: The Wayans family is kind of comedy royalty. Is there a difference or a pedigree in working on a Wayans show, as opposed to working on a not-Wayans show?

WEBB: Well, the Wayans is a beautiful pedigree. It’s a pedigree of just amazing comedy in everything that they do. They’re just geniuses when it comes to comedy. And just being good and staying on your toes. I’m honored to be a part of it.

WEBB: I have a new movie, MEET THE BLACKS 2. [The original] came out last year, so that’s exciting. And there’s another movie that should be dropping soon with Tyler Perry.

AX: And what would you most like people to know about MARLON?

WEBB: Well, I want people to know that it’s coming on at 9 PM for a whole hour, right after AMERICA’S GOT TALENT. So just watch it. If you want to laugh, it’s probably what you should be watching.