The FBI profiler who identified the Unabomber talks 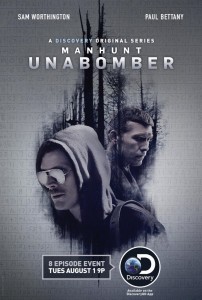 Discovery Channel’s miniseries MANHUNT: UNABOMBER is based on the writings and life experiences of former FBI agent James R. “Fitz” Fitzgerald, who was crucial in the capture of serial bomber Theodore “Ted” Kaczynski. Fitzgerald, who has written extensively about his career in various facets of law enforcement, is played in MANHUNT: UNABOMBER by Sam Worthington (AVATAR). He is known for pioneering forensic linguistics, a technique of investigating a suspect’s use of words and writing style to see if they match the profile and, in the case of the Unabomber, Kaczynski’s anonymously-penned manifestos.

At a party thrown by Discovery Channel for the summer 2017 Television Critics Association (TCA) press tour, Fitzgerald is talking with Worthington, plus other series cast members and creative staff, and appears very pleased with the dramatization of this portion of his history.

ASSIGNMENT X: When in the history of the Unabomber case did you write your book?

JAMES R. FITZGERALD: Basically, earlier this year. I did three books, but the book about the Unabomber case just came out mid-July. I wrote the Unabomber chapter was earlier this year. It’s a long chapter, it took me about two months to write it. There was a lot of research I had to set up beforehand, but it’s A JOURNEY TO THE CENTER OF THE MIND, BOOK III: THE FIRST 10 FBI YEARS, and I’m very excited about it, it’s got some good press so far, some good commentary, and it’s a very good compliment piece, if you will, to the miniseries.

AX: What are your other two books?

FITZGERALD: They all have the same title. I was a Jules Verne fan growing up, JOURNEY TO THE CENTER OF THE EARTH, so they’re all JOURNEY TO THE CENTER OF THE MIND. BOOK I: THE COMING OF AGE YEARS, BOOK II: THE POLICE OFFICER YEARS, and BOOK III: THE FIRST 10 FBI YEARS. So it’s walking the reader through my life, all with a true crime nexus, leading the reader to my eventual role as a police officer, investigator, FBI agent, profiler and forensic linguist. 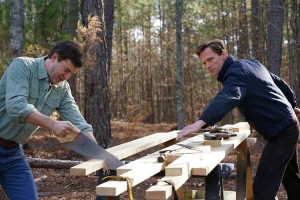 AX: When you started developing forensic linguistics, did you know that that was going to become an actual FBI tool, or did you think you were just using it for the Unabomber case?

FITZGERALD: Other linguists have dabbled, before me, in the area of the law, civil law, criminal law, but I was the first one [to use it in this manner]. I wasn’t even a linguist back at the Unabomber case. I had a Master’s degree in psychology, but I didn’t have one in linguistics. But I was an avid reader, I loved crossword puzzles, playing Scrabble, I was pretty good at both of them, and all of a sudden, language just came naturally to me, I’m looking at the Unabomber’s writings, a bunch of other people’s writings. Someone named Ted Kaczynski was one of a list people whose writings I looked at, and I finally said, “You’ve got your man,” because the writings were so similar, and that’s when it all came together.

AX: Are you still with the Bureau?

FITZGERALD: No. I retired in 2007 [after twenty years in the FBI], and I’m now in the private sector. I have my own company – still do some forensic linguistic work, a lot of media consultancy, some entertainment consultancy, and I have at least one more book to write, Book 4 of my memoir series.

FITZGERALD: I’ll answer that by saying there were 2,500 suspects as the Unabomber in the summer of ’95. By February of ’96, a guy named Ted Kaczynski popped up. He was somewhere on that list. It took everybody a few weeks to put things together, and thanks to David [Kaczynski], [who] is the one that called an attorney, the attorney called the FBI, and next thing you know, I was the first one to look at the writings of Ted Kaczynski, compare it to the Unabomber’s writing, we put it together. We certainly give David Kaczynski credit – he got the million-dollar reward, and to his credit, he donated it to the victims and other notable causes. But there could be a bank robbery tomorrow, and someone calls up and says, “My brother did the bank robberies,” the police can’t go out and arrest him based on that information alone. They still have to build their case, and it took us four months to put our case together, to finally put the handcuffs on Ted Kaczynski.

AX: What do you think of the MANHUNT: UNABOMBER miniseries?

FITZGERALD: I think it’s great – great direction [by] Greg Yaitanes [who did all eight episodes], great writing [by] Andrew Sodroski, [executive producer] John Goldwyn, who kind of supervised the whole thing, they all did a great job, production quality, not to mention Sam Worthington playing yours truly, Paul Bettany playing the Unabomber – they put a great cast together, and the public is really going to like this miniseries. It answers a lot of questions that a lot of people have been asking for years. Now they’ll be answered.