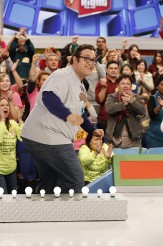 The actor also talks about his real-life music 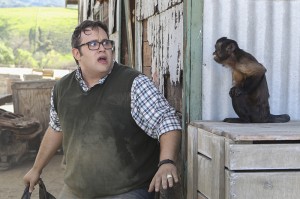 In SCORPION, CBS’ quasi-fact-based series about a team of crime-solving geniuses, now in its second season Mondays at 9, Ari Stidham plays Sylvester Dodd. Sylvester is a statistics whiz who is passionate about comic books and afraid of heights, depths, germs and any other sort of danger. Team Scorpion’s adventures, with leader Walter O’Brien (Elyes Gabel) and Federal liaison Cabe Gallo (Robert Patrick), get Sylvester out of his comfort zone on a regular basis. This season, some of Sylvester’s more notable achievements have included impersonating a serial killer in prison, appearing on THE PRICE IS RIGHT and marrying the love of his life, Walter’s sister Megan (Camille Guaty), only to lose her to terminal illness.

Stidham previously costarred in the series HUGE and can currently be seen as a resentful science-fiction fan in CON MAN on video, as well as writing and starring in the short film TALON’S RANT. Stidham is also a musician, who performed as DRTV and plays piano, guitar and trumpet.

At a party thrown by CBS for the press at a West Hollywood hotel, Stidham is hanging out with some of his SCORPION co-workers and rising filmmaker Olivia DeLaurentiis. Stidham enthusiastically touts about DeLaurentiis’ short films. “She’s in most of her own movies. She had a film at the Soho Film Festival, and it did very well. It’s called MY BETTER HALF, and it’s about a high school girl in the middle of figuring out who she is, but also going through an insane nervous breakdown and she starts getting visions of her subconscious in the form of this insanely eccentric individual, played by a really funny guy named Drew Cullinan. It was a great short, very funny.”

Stidham is also happy to talk about his own work.

AX: One of Sylvester’s defining traits is that he can be very fearful, and yet you’ve been at the center of some enormous action.

AX: There’s a sequence in Season 1 where Sylvester is actually carrying another man on his shoulders. Was that actually you?

STIDHAM: That is actually the one stunt that I did [in Season 1] – “stunt” in quotation marks. I don’t even know if I’d call it a stunt, because I was walking ten steps with a man on my shoulders. That was actually me. But jumping from the boat? Not me. That was a stunt guy, my amazing stand-in and stunt man, Tom Massman. He’s an incredible man. Speaking to that, from my perspective, the best shows are the ones where you characters get tested, and saying, “This guy’s scared of everything” is almost a promise that we’re going to put him into danger. I think it’s like, those are the guys that you want to see in the danger, those are the stories that everybody wants to see told, the people who’d never in a million years jump from the boat to save people’s lives, but when it comes down to the last second, they’ve got to do it.

AX: Sylvester also sometimes has dialogue about mathematics that is kind of like medical jargon. Do you learn that by figuring out what it means, or do you learn it phonetically like you would learn dialogue in a language you don’t actually speak?

STIDHAM: I learn it by figuring out what it means, unless it’s something that has been changed that is a false thing, that [intentionally] doesn’t actually make sense, due to [security precautions]. I’d say, “Oh, epophonic acid,” which I think could be a real thing, but I was told when I got the line, when they gave me the script, “This is the line, it’s going to be the hardest one you have to say, don’t try and look it up, because it doesn’t make sense, because we’re not going to teach the audience how to make nerve gas.” Which is very wise.

But there’s a lot of jargon. I started acting at a very young age and then found my way to Shakespeare at thirteen, and I was an apprentice for awhile, and the main thing that I learned there was, “You shouldn’t feel okay to speak at all, unless you know exactly what you’re saying.”

STIDHAM: Gosh. As far as comedy goes, my favorite was Super Fun Guy in Episode Six, the art heist episode, “True Colors.” That was really fun, and you got to see this goofy side to Sylvester, his fan-boy side. I always like when we do that, so that was a cool one. And then as far as heart goes, I love the scene with Megan and Sylvester when she found out she’s never going to dance again, he puts her on his feet and then they dance and “September” by Earth, Wind & Fire is playing in the episode called “Going South.” That was really fun. But all of the episodes are a blast to shoot.

[Being in a] relationship has sort of helped me see how confident I could be, because I’m young [twenty-three], Sylvester’s also young, and I’ve learned a lot about myself. Being in a relationship with somebody like Megan, who’s handling such a serious terminal illness, who also knows how to speak the language of genius, having basically raised Walter. I think he’s learned so much more than we even know. She’s changed him clearly as the show progressed even in first season. It would be great to see [Sylvester] truly quarterback a mission. I feel like that would be an interesting episode to see – what would it be like if Sly was in charge, because he’s so detail-oriented, but maybe he can’t see the full narrative of what needs to happen.

AX: Then there’s the episode “Kill Screen,” where we see footage of Sylvester as a teenage gaming hero, where he’s in a different haircut and funkier fashions for the El Guapo thing on the computer.

STIDHAM: Yeah. Oh, they got a whole different guy [Eric Osovsky]. That kid was really funny. We have the same agent, which is weird. The flashback is not me. That’s an actual fourteen-year-old kid. He had my mannerisms down.

AX: Did he come up to you and study you at all?

STIDHAM: I don’t think he studied me. I met him on the day that he shot. He only shot a day, but he was a very sweet kid, met his mom, really nice, we took pictures together. He watched the show.

AX: What’s happening with your music?

STIDHAM: It’s good. It’s not a surf rock band any more. I’ve worked with these producers who produced a five-song EP with me. Katharine McPhee [who co-stars as Paige Dineen on SCORPION] is on one of the tracks, called “Just Us,” and it’s sort of a hip-hop, future-pop hybrid of highly-produced music. I’m going to do a return to form, go back to my acoustic roots, and just do normal pop instead of hip-hop pop. It’s different subject matter, a little bit more adult – it’s cool.

AX: The SCORPION show runners, Nick Santora and Nicholas Wootton, have said that the cast could actually form your own band …

STIDHAM: Well, Kat came into the studio and recorded the song with me, “Just Us,” and that was an amazing experience, because she’s so good, but we haven’t really written together. Elyes and I jam a lot on set with our guitars, and Eddie [Kaye Thomas, who co-stars as psych expert Toby Curtis] also knows how to play guitar, so he comes and he plays with us sometimes. But normally we’re running lines in between scenes for five minutes. There’s not really much time for us to get together. Yes and no is the answer. Some of us.

AX: Sylvester has a number of scenes with Paige’s young son Ralph, played by Riley B. Smith. Is working with him different from playing opposite your adult costars?

STIDHAM: Absolutely, but he still learns his lines the same way that we do. We were all acting at his age, we all loved it at his age – not professionally, but we knew the ins and outs. He’s got a great character. It’s different. He’s the only person on set who’s younger than me, so it makes me feel good when he’s on set. He’s also a very nice, funny kid.

AX: How about working opposite Robert Patrick?

STIDHAM: I do. I have a radio play that I wrote, with my writing partner Zack Green, called DICK DUQUESNE: TALES OF A PRIVATE DICK. It’s a slapstick noir [now available as a podcast].

AX: Is there anything else you’d like to say about SCORPION going forward?

STIDHAM: If anybody who knows the writers is listening or ends up reading this, I have in fact been stretching and working on my deltoids. I’m ready for the stunts.