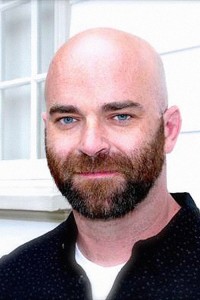 Based on the 2011 film starring Bradley Cooper, which in turn is based on a novel by Alan Glynn, CBS’ freshman series LIMITLESS posits that a drug called NZT can boost human brain power to its full, untapped extent. The TV LIMITLESS stars Jake McDorman as Brian Finch, an average young man whose abilities while on NZT catch the attention of FBI Agent Rebecca Harris (Jennifer Carpenter), who begins enlisting him to help solve complex crimes. Cooper, one of the show’s executive producers, appears in a recurring reprise of his role as Eddie Morra, who has parlayed his immunity to NZT’s side effects into a run for political office.

Craig Sweeny adapted LIMITLESS for television and serves as the show’s executive producer. He has a background in TV series that involve science fiction, crime-solving or both, including THE 4400, MEDIUM and ELEMENTARY.

ASSIGNMENT X: Were you one of the writers on the original LIMITLESS feature?

CRAIG SWEENY: I had nothing to do with the feature. I experienced the feature just as a fan.

AX: Did you have a liking for this genre, which could perhaps be termed Philip K. Dick-style science fiction?

SWEENY: Yes, I love Philip K. Dick. I mean, I think this is a very obviously popularized version, and it’s not THE TRANSMIGRATION OF TIMOTHY ARCHER. But yes, I love mind-bending science fiction, in particular, Philip K. Dick.

AX: How did you get involved with the TV adaptation of LIMITLESS?

SWEENY: I had lunch with an executive at CBS named Christina Davis, almost exactly a year ago today, and she mentioned that the rights were potentially becoming available and, although it had been a while since I saw the movie, I knew the concept was so dynamic, it was one of those things where, as soon as she said it, I think instantly I said, “Just don’t talk to anybody else about that, I want to do that.” Without even really thinking about what it would be, I loved the idea of the pill, the exact [Philip K. Dick-style] elements, the science fiction of it all, so I jumped on it right away.

AX: How serialized, versus how arced, is LIMITLESS?

SWEENY: When I’m describing the show, I always give people the model of TV shows that are not like necessarily similar in tone or content, but that use a model of storytelling that I like, which is that each season tells one large, over-arching, serialized story within the context of mostly stand-alones. So in other words, if you look at a show like THE SHIELD, or BUFFY THE VAMPIRE SLAYER, or Jennifer’s last show, DEXTER, you can go, “Oh, [BUFFY] Season 3, that was the season with Faith and the Mayor.” Even though most of the episodes of that season didn’t have to do with that – it was probably five or six out of twenty-two – it lends a sort of organizing principle to the year. And it has the nice side effect of, when you look back on it from – if you can imagine we do this for seven years, if we’re lucky enough – it makes it feel like chapters. Season 1 is the Master, Season 2 is Angel, Season 3 is Faith and the Mayor.

AX: It sounds like you may be a fan of BUFFY THE VAMPIRE SLAYER.

SWEENY: Yes. I’m a big fan of that show and [Joss Whedon’s] writing in general.

AX: Maybe if LIMITLESS goes six seasons, you’ll have a musical episode, like they did?

SWEENY: Yes. I don’t know if I’m willing to do what [Whedon] did, which is learn the piano expressly to do the musical, which is amazing, but yeah, who knows, maybe.

AX: Were you a big DEXTER fan?

SWEENY: I was a fan of DEXTER. I don’t know if I would say “big,” not because of my opinion of the show, but just because there’s so much television and I have kids and bandwidth is so limited. I’ve seen I believe the first three seasons of DEXTER and liked them a lot. I didn’t walk away from it because I had a problem with the show, but [there were viewing time constraints].

AX: Did you think of casting Jennifer Carpenter as FBI Agent Harris because of seeing her as Miami P.D. Homicide Detective Debra Morgan on DEXTER?

SWEENY: Oh, I knew her for sure from Deb. I liked DEXTER. Like I said, I watched the first three seasons and I’ll probably catch up and watch them all at some mythical point in the future when I have a lot of free time.

AX: And how did you find Jake McDorman?

SWEENY: We found him through Bradley Cooper, basically. Our casting director brought up the name, and then Jake was in AMERICAN SNIPER with Bradley, and so as soon as it came up, Bradley became a real advocate for him, and he made the meeting happen in the first place, which I’m very glad about – I’m a big fan of his. I think Jake is great. I couldn’t imagine anybody else in the part right now.

SWEENY: I think we should all be so lucky to physically resemble Jake McDorman and Bradley Cooper [laughs]. But I guess so. I didn’t experience the physical similarity between the two of them until they were sitting there on set, shooting their [first] scene, and I went, “Oh, my God, there’s like a big brother/little brother thing going here.” Honestly, I think that probably they’re both just very talented actors, and so they can play both sides of the coin.

AX: Is it harder to write with the notion of, “Now, if I were super-smart, what would I do and say?”

SWEENY: Or the normal stuff?

AX: Yes. Is it harder to write one than the other?

SWEENY: Well, the last three years, I was executive producer on a show called ELEMENTARY [about Sherlock Holmes in contemporary New York].

AX: And now they have John Noble as Sherlock’s father.

SWEENY: Yes. I’m so sorry I don’t get to write for him, but the muscle of writing for super-smart lead characters is one that I’ve developed pretty heavily in the last few years. I’m kind of used to it. So it is hard to think up the clues, but I think it’s an energizing challenge to switch between – there are essentially two different voices of this character, the enhanced voice and the non-enhanced voice, and it’s the good kind of hard. It’s fun, it’s a challenge.

SWEENY: I’m all LIMITLESS, all the time right now.

AX: And what would you most like people to know about LIMITLESS?

SWEENY: That it’s on Tuesdays at 10 on CBS, and that it’s great.