The Ark and the Deluge soundtrack review 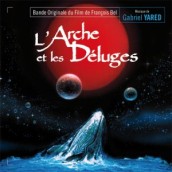 ©2016 Music Box Records
THE ARK AND THE DELUGE soundtrack
Reviews

CD Review: THE ARK AND THE DELUGE soundtrack 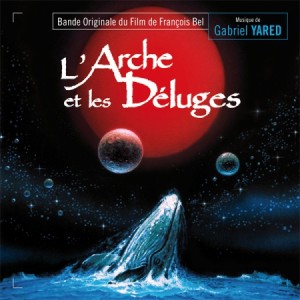 THE ARK AND THE DELUGE soundtrack | ©2016 Music Box Records

Few film genres allow composers to write tone poems in the guise of scores like nature documentaries, their music getting to chronicle the grace, joy and life or death struggles of the planet in all of its infinite musical equivocations of the life force. Gabriel Yared set out to sea to in 1993 to sumptuously chronicle the glorious ballet between ocean and air.

Hearing this glorious wash of melodic impressionism, you’re reminded that this Oscar-winning Lebanese composer just might be film scoring’s answer to France’s Claude Debussy, his DELUGE a cross between the flowing, romantic strings of “La Mer” as crossed with the primal energy of Igor Stravinsky’s “Rite of Spring.” At once magical and furious, Yared evocatively conveys a life and death dance of primal beauty. But then, the power of thmarkable DELUGE, how Yared creates all of God’s aquatic creatures in the listener’s mind for a soundtrack that would be particularly welcome on the concert stage. Music Box’s release adds further bonus tracks to one of Yared’s most impressive works, with the composer explaining his embodiment of the elements in Sylvan Pfeffer’s informative liner notes.