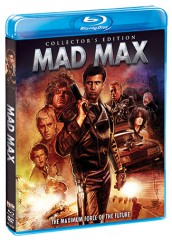 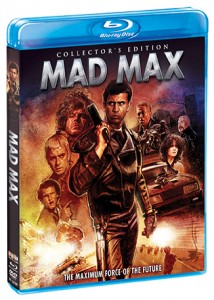 How cool is this? Timed perfectly with the upcoming release of the new blockbuster MAD MAX: FURY ROAD, Shout! Factory is releasing a new cut of the original George Miller film starring Mel Gibson.

The release of the MAD MAX Collector’s Edition on Blu-ray will be released on May 5, just 10 days before the release of FURY ROAD. The original film tells the story of Max Rockatansky, an Australian police officer that must deal with the new world after some sort of cataclysm engulfs the world forcing gangs of bandits to take violent action against everyone to secure water (and in later editions of the series gasoline).

The complete special features on the Blu-ray include: