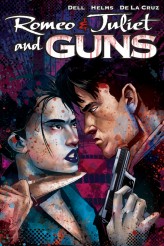 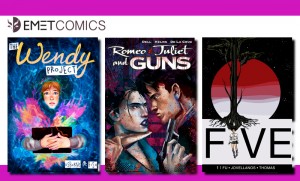 The universe of women in the comic-book industry expanded this May with the launch of Emet Comics. Former film executive Maytal Gilboa founded Emet with six female-created comics to counter the notion that women aren’t interested in the art form as either makers or consumers. The first title scheduled to be released from Emet is ROMEO & JULIET & GUNS, an action tale set in a “hyper-modern” Verona. Five more titles are due out shortly.

Emet’s motto is “Dare to get in trouble.” As Gilboa explains, “Emet Comics is a publishing company creating young adult and new adult content, centered around female characters who are not afraid to ruffle a few feathers. We recognized the lack of diversity still prevalent in media and joined the movement to change it, not just by telling stories about relatable women, but by giving female writers and artists a platform to express their unique perspectives on history, literature, and the world we live in.”