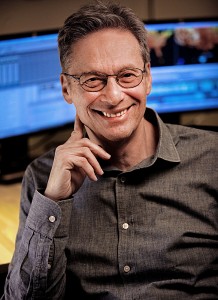 YEARS OF LIVING DANGEROUSLY, on Showtime Mondays at 8 PM, has been described by Showtime’s president David Nevins as an “epic docu-series.” Executive-produced by Daniel Abbasi, David Gelber, Arnold Schwarzenegger and Jerry Weintraub, YEARS explores climate change across the globe, the various ways that this phenomenon is affecting humans and nature, and what can be done to combat it. Correspondents include Schwarzenegger, Harrison Ford, Ian Somerhalder, Jessica Alba, Don Cheadle, Matt Damon, America Ferrera, Michael C. Hall and Lesley Stahl, among others.

Executive producer Gelber participates in a Q&A session Showtime hosts for the Television Critics Association, then remains to discuss the series further.

ASSIGNMENT X: What is the genesis of YEARS OF LIVING DANGEROUSLY?

DAVID GELBER: I produced at 60 MINUTES for twenty-five years, and my closest friend at 60 MINUTES was my associate producer, Joel Bach. I had done some stories for the show about climate change, and the more we did, the more we assessed, “This is really the biggest story out there. And 60 is a show where you do a story about medical phonies one day and the Middle East the next day, and I had been at 60 for so long, I was Ed Bradley’s senior producer for so many years that I just felt like, maybe because I had two young kids, that this was really the story I wanted to focus on. We would talk about this over lunch at this Greek joint up the street from the broadcast center, and then we had this idea that we would do a theatrical documentary, we would maybe use someHollywood people.

My partner Joel knew Jerry [Weintraub] and we’d go out toPalm Springs, and we tell him we want to do a theatrical documentary. He says, “What are you guys, bleeping idiots? You want eyeballs, you do television.” So we morphed into a television series at that moment in Jerry’s house inPalmDesert.

AX: How did YEARS wind up being made at Showtime?

GELBER: We did go to other people, but I’ve got to tell you when we met [Showtime CEO] Matt [Blank] and [Showtime president] David [Nevins], it was amazing. It was like no other [meeting]. There were some people who were nervous about the politics, or “Can you really tell stories about this?” Well, of course you can tell stories. How can you not tell stories with uncertain outcomes and great characters about something like this? You could go for ten years on this with finding amazing stories, one after another. And David Nevins and Matt Black got that right away. This was not a long deliberation with them. David saw this as real and said, “I want this,” just like that.

AX: A lot of CBS correspondents are involved with YEARS, which makes sense, as CBS and Showtime have the same parent company …

GELBER: The origins of this really are in 60 MINUTES. Our storytelling owes a lot to thirty-five years of collective experience on 60 MINUTES.

AX: You have a lot of actors who aren’t normally associated with journalism involved in many segments. Can you talk about that?

GELBER: I guess really two things struck us about using actors. We lived through the presidential debates, and there were three presidential debates in 2012. This issue, which really is the biggest story out there right now, didn’t come up in one of those debates. So it seemed to us really important to make sure we had reach with this series, and we decided that we would find people like Ian who are passionate about the issue, who are not necessarily experts. We didn’t want them to be experts. We didn’t want an actor to be opining, to be giving their point of view about this issue. We wanted them to be asking questions on behalf of the audience, and they’ve done it spectacularly well.

AX: How do you think climate change has turned into such a polarizing issue between the political parties, with a lot of Republicans denouncing the subject as a liberal conspiracy?

GELBER: Actually, Republicans have been in the forefront of this issue. For many, many years, George H.W. Bush was absolutely clear about the need to do something about this. In the 2008 election, the candidate who had the best record on climate change was McCain, not Obama. [McCain] was very, very strong on the issue and very outspoken. Things really changed, I think, when there has been of course some kind of partisan dispute about it, but a lot of Republicans for many years were very good on it. After Obama became president, it became like an article of faith among Republicans to [say that climate change is not real].

We have Republicans [in YEARS who believe in climate change] – we have Bob Inglis, who’s a former congressman fromSouth Carolina who’s very passionate about this issue, Michael Grimm, who’s a congressman fromStaten Island. There are others. We want to break down the tribalism of this issue. You ask people what they think about climate change and they say, “Oh, I don’t like Al Gore.” There are tribal responses to something that scientists are really not confused about.

I think one thing that’s been happening and we need to understand is that nature has become kind of an unwelcome ally for us in this story. We are seeing that climate change is something that people are experiencing here and now, and that’s a lot of what the series is about. It’s not about fifty years from now down the road. This is happening to real people right now, and we’re focusing on that, on the human impact, in the series. I think that we’re sort of right now on the climate issue pretty much where the civil rights movement was in 1957. I mean, you can feel the energy coming on this, and a few years from now, I do not think that the presidential debates in 2016 won’t have a question or

AX: Do you talk about what ordinary people can do to help stop or at least slow climate change?

GELBER: We’re working on a social engagement campaign. We’re talking about a lot of communal responses as well. There are lots of things. A lot of the environmental organizations have campaigns out there. For instance, the Sierra Club has something called the Beyond Coal campaign, where they’re trying to shut down coal plants all over the country. That’s really effective thing to be doing, and they’re having an incredible amount of success doing that. Just recently, we have a story about Governor Inslee of Washington State, who’s one of the great leaders in the climate question. He actually was elected governor in part because he’s such a strong advocate of action on climate. And in Washington State, the coal industry, which has been losing business in this country, has tried to build some coal export depots to bring coal to Asia. And there was an incredible movement in Washington State. Thousands and thousands and thousands of people coming to every state meeting on the issue of these coal export depots. And they were stopped in an election in Bellingham,Washington. It’s one of our stories.

AX: Do you deal with Canada’s response to climate change?

GELBER: We have a story about the Arctic that Lesley Stahl is doing. I know that Canada has just decided that the North Pole is theirs. One of the things that we’re concerned about is the prospect of an enormous amount of drilling in the Arctic. We have too much known reserves right now. If we go up there and find some more, drill some more, is potentially very disruptive.

I’ll tell you, it’s not all gloom inCanada. Recently, the foreign minister of British Columbia attended a meeting in San Francisco with Governor Inslee and Governor Kitzhaber from Oregon to join the California cap and trade program. So maybe at the level that Arnold [Schwarzenegger] was talking about, things are happening on a more regional level.

AX: What do you feel is the most important thing for us to know right now?

GELBER: That climate change is happening, it’s human-caused, it’s happening now and we’d better do something about it.