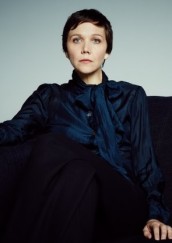 The executive producer talks his thriller for Sundance TV 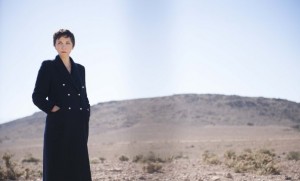 In Sundance TV’s new eight-part miniseries THE HONORABLE WOMAN, Thursday nights at 10 PM, Maggie Gyllenhaal plays the title character, Nessa Stein. Written and directed by Hugo Blick, the thriller shows us Nessa, the daughter of an Israeli arms dealer who is now a baroness, working on a deal to bring fiber optic cable from Israel to the West Bank. The project is not only fraught with its own ramifications, but it brings to light many secrets from the past.

Greg Brenman is the executive producer, with the BBC’s Polly Hill, of THE HONORABLE WOMAN. His previous credits include the feature film BILLY ELLIOT, the BBC 2006-2007 ROBIN HOOD series, SECRET DIARY OF A CALL GIRL and RIPPER STREET. He’s at Sundance TV’s portion of the Television Critics Association press tour, where he sits down to talk about his HONORABLE work.

AX: How did you become involved with THE HONORABLE WOMAN?

GREG BRENMAN: I was very fortunate. I’d just set up a new company called Drama Republic. I was very excited to be setting up a new company and looking at a very blank year ahead of us as we sat down going, “Okay, we’re starting from scratch.” And Hugo Blick, brilliant writer and director of this show, THE HONORABLE WOMAN, rang me up about a month before we started to say, “I’ve got a green-lit show.” Did I want to get involved, did I want to make it with him? It was the sweetest, loveliest conversation and the quickest conversation in history, because I’d been stalking him for about ten years, wanting to work with him. So to get that phone call was just fantastic. To be honest with you, it just landed in my lap and the last year-and-a-half, we’ve been making the show, and we’re thrilled with it.

AX: How was this set up with Sundance?

BRENMAN: The show started at the BBC, and then the Sundance Channel came on board pretty early, too, and were great partners from start to finish, very simpatico with the material. Their notes were really good on the script, really good on the cuts, and I think what was important and what is important about any kind of co-production between two broadcasters and producers is that there’s a real singular vision. And they bought into what Hugo was doing and what we were attempting to do. I’ve worked on shows before where you’re trying to satisfy parties that are pulling in different directions and this one – really, everyone was pulling on the same piece of rope.

AX: When did you come onto the project?

BRENMAN: Hugo had written one episode, the BBC was committed to the show, but we didn’t have enough money to make it. It’s a very, very ambitious piece, and so I helped bring in a distributor, BBC Worldwide, it turned out, and also brought in Sundance, so I helped put the package together, and together we cast Maggie and that cemented all sorts of relationships with financing. So it’s a bit like a film in terms of its multi sources of finance, and a longer shoot than most films. It was twenty weeks – four of those were in Morocco – so there was a challenge in production and an ambitious piece.

AX: How would you describe the miniseries?

BRENMAN: THE HONORABLE WOMAN is essentially a really intelligent thriller with some fantastic personal stories and a pretty interesting political backdrop. But it’s a very personal challenge for our central character, played by Maggie Gyllenhaal, who is hell-bent on her particular pursuit, and it’s about an awful lot of people who want to stop her achieving what she wants to achieve in life. She plays a very complicated person with lots of secrets, and we realize that, actually, she’s not the only one. You realize it’s a bit like a Russian doll – every time you peel one back, there’s another one, another one, another one, and just when you think things are answered, you realize there are other secrets and lies, not only with her, but will all the other characters, and so it’s a wonderfully satisfying mosaic that you’re putting together. But at the heart of it is a woman desperately trying to achieve her goal, and her goal – well, you need to watch it, but it’s a satisfying piece.

AX: Is Maggie Gyllenhaal playing an Englishwoman or an American?

BRENMAN: Maggie’s playing an Englishwoman, playing it better than most Englishwomen play Englishwomen. She was amazing. On set, she was speaking with an English accent all day and every day, so when she occasionally broke out into American, it was a surprise, it was like she was an impostor. She made a joke last night that actually she is British and she’s just been masquerading as an American for some time now. But there was never a moment as a viewer, as a producer, that she ever broke the spell. It was a big pull in a way, because it’s eight hours of TV, and if you don’t believe that, if you don’t believe she is who she’s playing, you’ve kind of blown it on Page One, but she absolutely nails it.

AX: Can you talk at all about what some of the issues are that are being tackled in THE HONORABLE WOMAN?

BRENMAN: Our central character is Nessa Stein. Her father was an Israeli arms dealer who was murdered in front of her when she was a young girl, and she has taken the resources of his foundation, of his business, and is now trying to do good with it, and is diverting those funds, and she’s trying to do business with the West Bank. She’s bringing and laying broadband cable from Israel into the West Bank, hoping that will generate business and, as is often the case when this happens, really helping the economy and thinking that, if the West Bank is allowed to be a richer nation and allowed to stand on its feel a little bit more, then maybe it will help. It’s not going to solve anything, because we know the problems in the Middle East have been for centuries. We discover pretty soon that there are people who want to stop it and people who want to divert what she’s doing.

AX: Do you and/or Hugo Blick have any concerns over pro-Israeli/pro-Palestinian reaction to the miniseries?

BRENMAN: People have asked that question before. I think it’s an incredibly evenhanded show. It’s one of those shows that really, you do need to watch all eight episodes to see where it begins, middle and ends, and I think by the end of it, I think it takes a very good, objective view of that world and of the personal and the broader issues. It really is about personal resolution and conflict resolution, and if that has a kind of resonance in a broader context, if it helps the debate in any way – certainly, it’s a fiction, our show, so we’re not looking to land solutions or abuse it as a backdrop, but if it any way assists as part of a broader debate in a constructive way, then I would be pleased.

BRENMAN: Yeah. Normally, you would do things in blocks and have everything cantilevered on top of each other so you can be super-efficient. This was a very, very linear process. We had to wait for all the scripts to be written before [Blick] became available to do the prep, and then he had to shoot it all, and he was carrying eight scripts in his head and so were the actors. It’s a bit like walking down a busy High Street with seven teacups balanced on your nose. It’s a complicated thing to do. And then we had to wait for him to finish filming, and then we edited it. So it’s a long process. We cut it into five ninety minutes the other day for a particular territory, and you realize, it’s like we’ve made five movies. I mean, that’s a lot of material. But because it’s one person, it’s absolutely lovingly put together.

AX: What were your producing duties on this?

BRENMAN: I have a pretty good team around me. I’m working pretty closely with Hugo on the creative side. I am putting the financing together, but there was one lunch in Morocco where I think we had about a hundred and eighty people on the crew to serve. So I’ve got a line producer, production manager, head of production, head of business affairs – these are really complicated shows and it would be an impossible task on your own.

AX: When you were working with Hugo Blick on the scripts, can you talk about, you made it a little more of this, a little less of that?

BRENMAN: To be honest with you, working with Hugo on the script was unlike any other show. I mean, normally, I will work with the writer and am absolutely one of the architects in creating the beginning, the middle and the end of it, but Hugo came to us when the show was already green-lit. He had such a singular vision in what he wanted, and he wouldn’t really tell me what was going to happen. So unlike any other show, he would deliver a script to me, and I would read it and go, “I don’t understand this and I’m not sure that makes sense,” and then he says, “Well, read Episode Three and everything will begin to fall into place.” It had me hooked the way I hope it will have the viewer hooked. I made some suggestions and we moved some furniture around metaphorically, but I’ve never worked with a writer who is so self-contained and so organized and has everything in place. I mean, he’s been talking to us recently and saying that actually, before we started the first line, he knew what everyone’s last line would be eight hours down the journey. And so he in that respect is a joy to work with.

AX: How did you wind up shooting so much in Morocco?

BRENMAN: We needed somewhere that was going to allow us to conjure up several locations – Gaza, Israel and the West Bank were really the places that we were creating. And Morocco has just got fantastic crews. They service really intricate and complicated and challenging movies and complicated and challenging TV – HOMELAND and CAPTAIN PHILLIPS. I shot there before and they’ve got just fantastic facilities and fantastic energy.

AX: It seems like Morocco would also be safer to shoot in than the actual Middle East right now …

BRENMAN: Yeah, for sure. In an ideal world, we would have shot in all of those places, but I don’t think I would go to Gaza as a tourist, let alone with a seventy-strong film crew. We wouldn’t be allowed to do it, and quite rightly, too. We have to think and as a producer, we have to take everybody’s health and safety incredibly seriously. But that was a big consideration. Also, your budget means that you really want to go to one place and do as much as you can in that one place, and Morocco gave us that place.

BRENMAN: Well, I am about to make a very, very famous play into a TV movie. AN INSPECTOR CALLS by J.B. Priestley couldn’t be more different [from AN HONORABLE WOMAN]. It’s set in 1912, written in 1947, it all takes place in a house in the north of England, and that’s what I’m going on to next.

AX: Is there anything else you’d like to say about AN HONORABLE WOMAN?

BRENMAN: No, I just hope that people enjoy it, everyone stays tuned and watches all eight hours, because it really is an interesting, thrilling ride.